The Daily Nexus
News
UCSB Student Charged with Assaulting Pastor in Isla Vista
May 7, 2016 at 9:30 pm by Nicholas Bogel-Burroughs 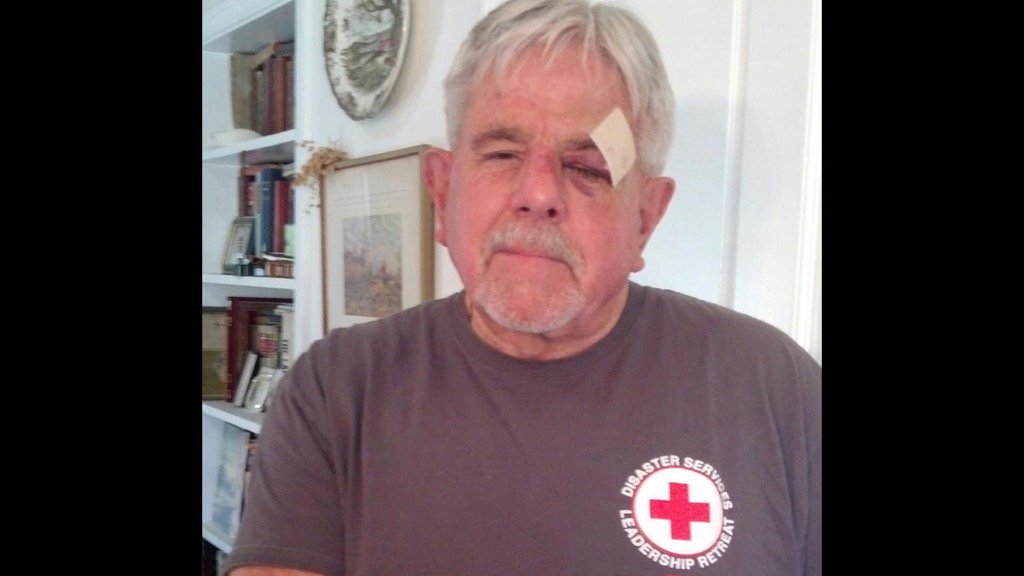 The Rev. Jon-Stephen Hedges has been released from the hospital after being assaulted early Saturday morning. (Facebook)

A UC Santa Barbara student was arrested early Saturday morning for assault and several other charges after allegedly punching an Isla Vista pastor more than 30 times in the face. 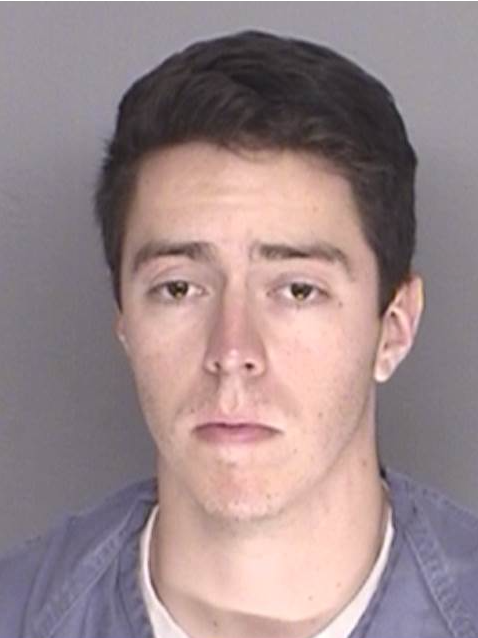 Paul Gusman, a third-year UCSB student, is charged with assault, burglary, elder abuse and dissuading a witness or victim and is being held in Santa Barbara County Jail on $500,000 bail.

The Rev. Jon-Stephen Hedges opened his door around 2:15 a.m. Saturday after hearing a man yelling for help and throwing his body against the door.

Gusman, 22, who was naked from the waist down, entered Hedges’ house and repeatedly assaulted Hedges and also hit his wife on her hand, according to the Santa Barbara County Sheriff’s Office (SBSO).

Hedges’ wife managed to call 911 and Isla Vista Foot Patrol deputies found Gusman standing in the pastor’s front yard, appearing to be under the influence of a controlled substance, according to SBSO.

The Sheriff’s Office says the attack was random and that Gusman did not know Hedges, although the assault is under investigation.

Hedges was brought to a local hospital with major injuries, according to SBSO, but has been released and is now recovering at home.

Hedges, a UCSB graduate who has lived in Isla Vista since 1968, serves as a Campus and Community Pastor for UCSB and is an assistant pastor at St. Athanasius Orthodox Church in Goleta. He is also a volunteer chaplain for Isla Vista Foot Patrol.

Gusman is scheduled to be arraigned on May 10.

Well, I knew that UCSB students hate Jews, but I didn’t know they hated Christians, too.

Hates Christians? What part of “the attack was random” do you not understand? And even if it were deliberate, it would be ridiculous to make such a generalization like that.

And hates Jews? While I can’t say that EVERY student at UCSB is not anti-Semitic, it’s worth noting that UCSB is the only UC that hasn’t voted to divest from Israel.

As a 70s grad, who reads the Daily Nexus and the student comments, I think it is very clear that UCSB students are strongly anti-Semetic. But, I am more alarmed by students’ attempt to halt free speech that does not concur with their line of thought. I stopped responding to UCSB’s solicitations for funds a few years ago.

You hate yourself and project it on others. Seek counseling.

Leave it to the Zionists to try to profit off of this event. Shameful.

Your agenda is showing.

I know Paul. It kills me to hear this, but I know for a fact that this is not something Paul would normally do. Everyone who knows him is very confused and surprised… it is clear that there must have been some kind of mind-altering drugs at work here. Prayers for Jon Hedges, his wife, and also Paul.

Unfortunate and unsurprising externality of what we all know probably happened. Dealers incented to cut price distorted drugs with uncertainty amplifying ‘supplements” peddle some questionable sh?t. Obtuse legislators refuse, along with their countless Drug War exasperating policies, to allow safe/legal drug testing facilities allowing people to screen substances for the sorts of dangers which lead to someone marching around without pants looking to beat the crap outta old men. Thank you morality squad for your moronic drug policy which makes something you won’t get rid of more dangerous than needed.

It doesn’t matter what you take. Violence is violence. Let him fight it out in jail.

I also know Paul and know this was not something he would ever do or think of doing to someone. He does not indulge in drug use at all either. Something went wrong this night. I hope everything gets sorted out. Prayers to the victims and PaulI. know he is probably going through a very hard time right now.

Yeah something did go wrong, a person had their house broken into and got beat up. Paul here chose to get loaded, his friends probably chose not to watch out for him, or more than likely, he was too much of a handful and he made a break for it. This isn’t a problem with drug policy, this is a decision making problem on Paul’s part. Was he fully equipped to make the decisions he did? Probably not. Sorry folks, California voters repealed the “Twinkie defense.” This guy (Paul) is selfish and violent; Isla Vista is safer when the police… Read more »

May have seemed like a nice guy, but now clearly a danger to society. Please get him out of UCSB and out of IV and into a facility that can sort him out. I’m sure we’d also like to know what the Army did to him so maybe they can stop that too.

I pray Paul stays locked up until he knows what it’s like to be an old man.

Calling B____ S____ on that sounds like a frat boy to frat boy cover-up in progress. Disgusting.

Fr. Jon is one of the kindest, most heroic men I have ever known. If only there could be more people in the world, who could be as unselfish and as generous as Fr. Jon, the world would be a safer, more peaceful place …the Peace. We ♡ you, Fr. Jon and may your recovery be swift and may God bring comfort to you and your family.

I hope he is promptly expelled from UCSB and whatever living arrangements he has in IV are closed to him. Rather he should stay in jail until he matures. Beating up an old man is psychotic. This is no drunken brawl, this is seriously messed up violence.