The Daily Nexus
Track and Field
UCSB Visits Long Beach for Conf. Championships Preview
May 5, 2016 at 5:00 am by Duncan MacPhee

This Friday and Saturday, UCSB track and field will send a group of three heptathletes and two decathletes to Long Beach State to compete against other top multi-events athletes from around the conference in their section of Big West Championships. 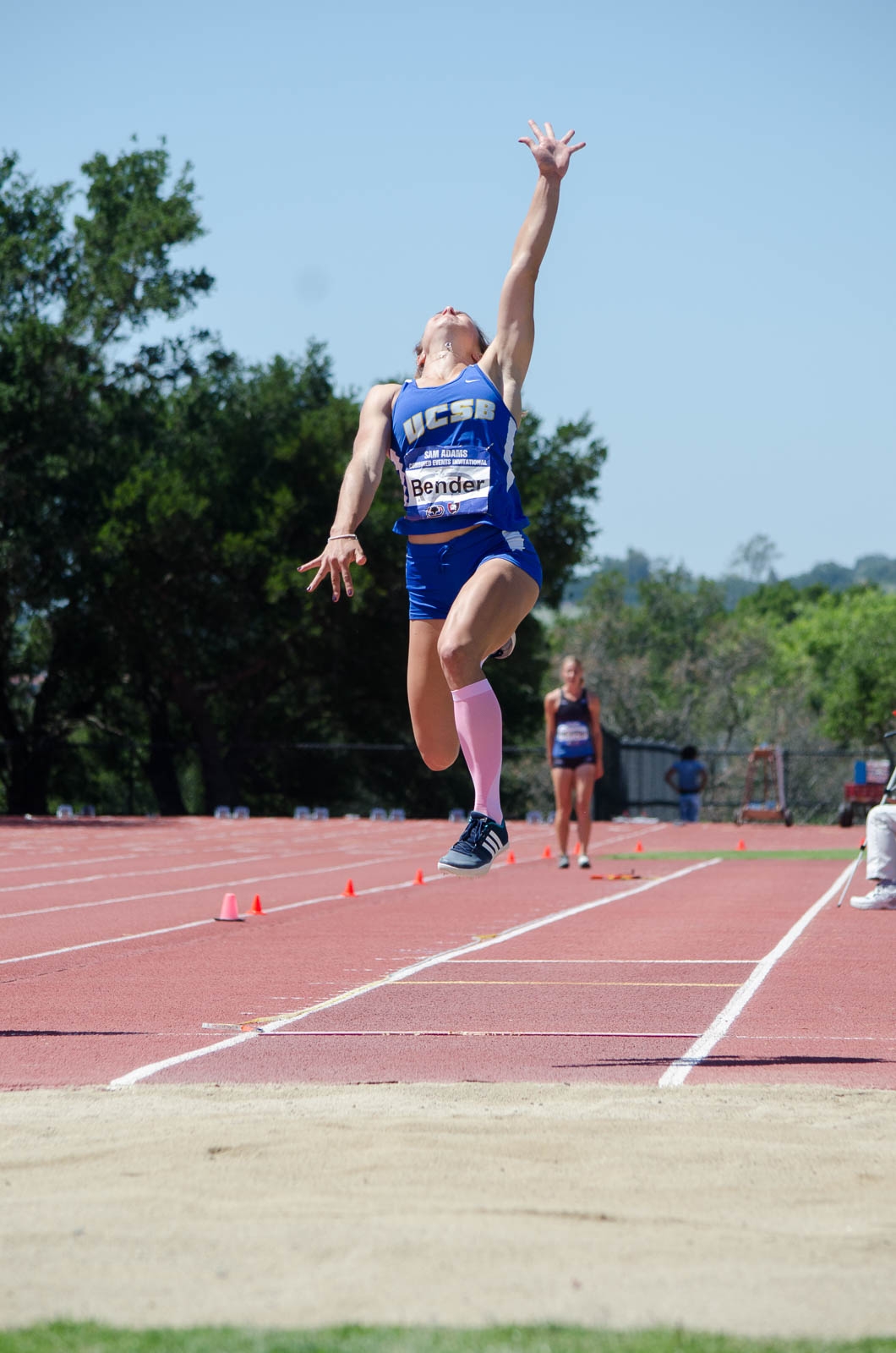 Many of the other top athletes on the team will be busy preparing for the second section of Big West Championships, which will take place next week and feature all the top individual-event athletes in the conference.

UCSB is coming off a big road performance last Saturday where it earned its sixth consecutive men’s/women’s sweep of Cal Poly in the Blue-Green Rivalry Meet. The Gauchos will look to build off that result and continue their success into these next two championship weekends.

“I think this past weekend … brought a lot of momentum,” Distance Coach Peter Van Beurden said. “Everyone seemed to be starting to step up and perform based on the training they’ve put in all year, so I think we’re going to carry the energy from these wins into the championships and hopefully get it done.”

For this weekend, the Gauchos will have a reigning conference champion competing for them once again in junior decathlete Darion Williams.

He will be joined in his decathlon by two young newcomers to the championships, sophomore Tyler Nelson and freshman Wyatt Thompson-Siporen who are both expected to compete at a high level this weekend.

While the three Gaucho men will be contending in the decathlon, a couple Gaucho women will also compete in the heptathlon.

Junior Tori Usgaard, who was a 2014 conference bronze medalist in the heptathlon, will be competing side by side with her freshman teammate Hope Bender. Bender has stormed onto the heptathlon scene in her first year, placing herself at third in the conference seeding going into this weekend. Bender is also ranked at conference in multiple individual events.

With 10 events in the decathlon and seven in the heptathlon, it’s expected to be an up-and-down day with plenty of excitement.

“There’s a lot of chances, lot of opportunity for scoring, lot of chances for things to go wrong but we’ll just take it one event at a time,” Fleming said.

Long Beach is the team to look out for this weekend, as the 49ers have the conference leader on both sides — sophomore Herman Day in the decathlon for the men and junior Riley Cooks in the heptathlon for the women.

The Gauchos multi-group, though, has won three of the last four Big West Championships and are determined for more.

“I think we’ve had a lot of success in the decathlon lately, but I think right now we got a little chip on our shoulder,” Fleming said.

Expect a high scoring weekend all around, as the Long Beach facilities are one of the best in California in terms of setting multi-events athletes up for success.

“It’s a nice track, I think they did a really good job setting it up so they maximize winds and maximize the field events. So I think for the heptathlon [and] decathlon, from that standpoint I think they really set it up for a good scoring meet,” Fleming said. “I would expect there to be some pretty good scores.”

It won’t be an easy weekend for Santa Barbara’s multi-squad with all the conference talent in town, but it will have a reigning champion on the men’s side and a top-three ranking on the women’s side, so expect competition on both sides to come down to the wire.

Championship weekend is scheduled to start at 1 p.m. this Friday, May 6 and run through Saturday, May 7 at Jack Rose Track Stadium in Long Beach, CA. The first event will be the 100m hurdles in the heptathlon.

A version of this article appeared on page 9 of May 5, 2016’s print edition of the Daily Nexus.