The Daily Nexus
Science & Tech
UCSB-Smithsonian Scholars Program Connects Underrepresented Students to S.T.E.M.
May 5, 2016 at 3:40 am by Stephanie Pernett 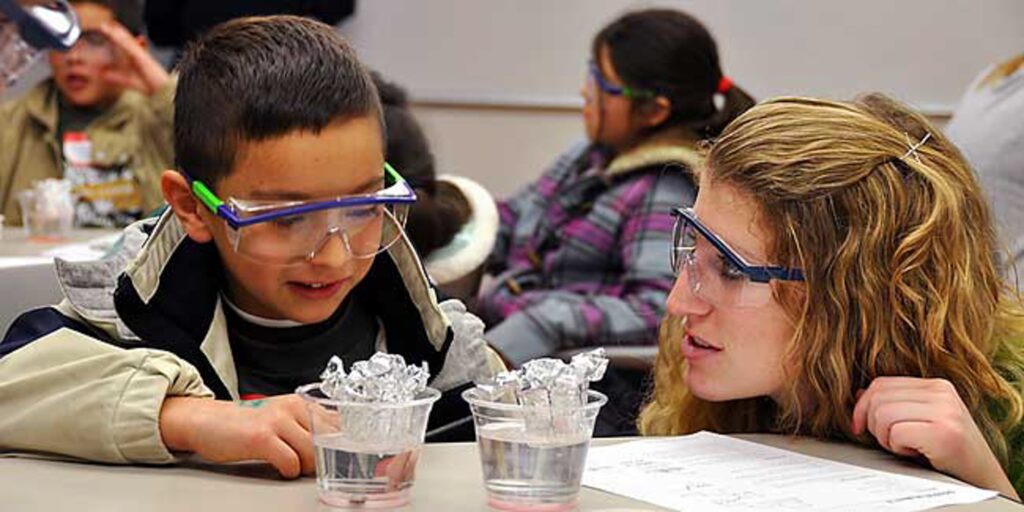 UC Santa Barbara has expanded its pilot program for underrepresented students in science fields, funding yearly trips for local students to conduct research in Virginia under the mentorship of scientists.

In total, 20 students from UCSB, Ventura College, Santa Barbara City College, Oxnard College and Hancock were chosen to fly to Virginia’s Smithsonian-Mason School of conservation last year to be a part of the first cohort that would explore academic and career opportunities in applied conservation sciences.

This year, UCSB and the Smithsonian Conservation Biology Institute (SCBI) have successfully expanded the program into two weeks, and hope to see a six-week program in the future.

“This was an opportunity for us to kind of pique student’s interest,” Castellanos said. “Especially with things going on locally. There’s a lot of good S.T.E.M. resources here in our county.”

Students such as Diego Ruvalcaba, a second-year studying mechanical engineering at Ventura College, were individually recruited by advisors. Those who worked with the Mathematics Engineering Science Achievement (M.E.S.A.) program were likely to be selected.

“Each of the campus contacts that we had really knew those individual students, and so when we did the program last year, we had them tell us a little about the student and who they thought was a good fit,” Erica Johnson, UCSB P-20 Coordinator, said. “We just maintained communication with them and we did the same here.”

For many of the students, including Ruvalcaba, it was their first time participating in a research lab environment.

“I would either be doing a lab, field work, be involved in classroom discussion or networking with guest speakers. Some topics we covered were meadow ecology, how to extract DNA and conservation genetics,” Ruvalcaba said. “We evaluated chytrid fungus from amphibian species and then compared them to DNA samples from a pond filled with amphibians. If we repeat this to the surrounding ponds, it would determine the infected region.”

In addition to the summer program, which will be funded through the summer of 2017, the partnership with the Smithsonian has allowed for other student opportunities, such as traveling to Santa Rosa Island in June to learn about geological and biological communities. Currently activities, webinars and presentations of biologists and professors are being held throughout the year as way to appeal to students’ interests.

While last year advisors recommended prospective students to Castellanos and Johnson, this year’s students had to fill out a formal application in order to be considered for participation.

“The application’s a little more robust. We’re trying to see what is motivating students, what their interests are and for it to align with their academic and career aspirations,” said Castellanos. “We are currently in the middle of trying to select students for this summer.”

Castellanos and Johnson both hope to see this program develop into a longer, more in-depth program that would last six weeks.

“By adding an extra week, we are able to have more content. We’re hoping to add a job shadowing piece with the students,” Johnson said.

Castellanos wants this program to encourage its participants to continue pursuing an education in STEM. By participating in this program, they can use it as leverage to continue working with the Office of Education Partnership or use their experience to connect and network with local faculty.

A version of this story appeared on p. 14 of the Thursday, May 5, 2016 print edition of the Daily Nexus.

Thank you Stephanie Pernett, for your reporting on this worthwhile pilot program. Kudos to UCSB for continuing to connect underrepresented students to S.T.E.M.