The Daily Nexus
News
Officials: New Starbucks To Aid ‘Struggling’ UCen
May 5, 2016 at 2:47 am by Nicholas Bogel-Burroughs 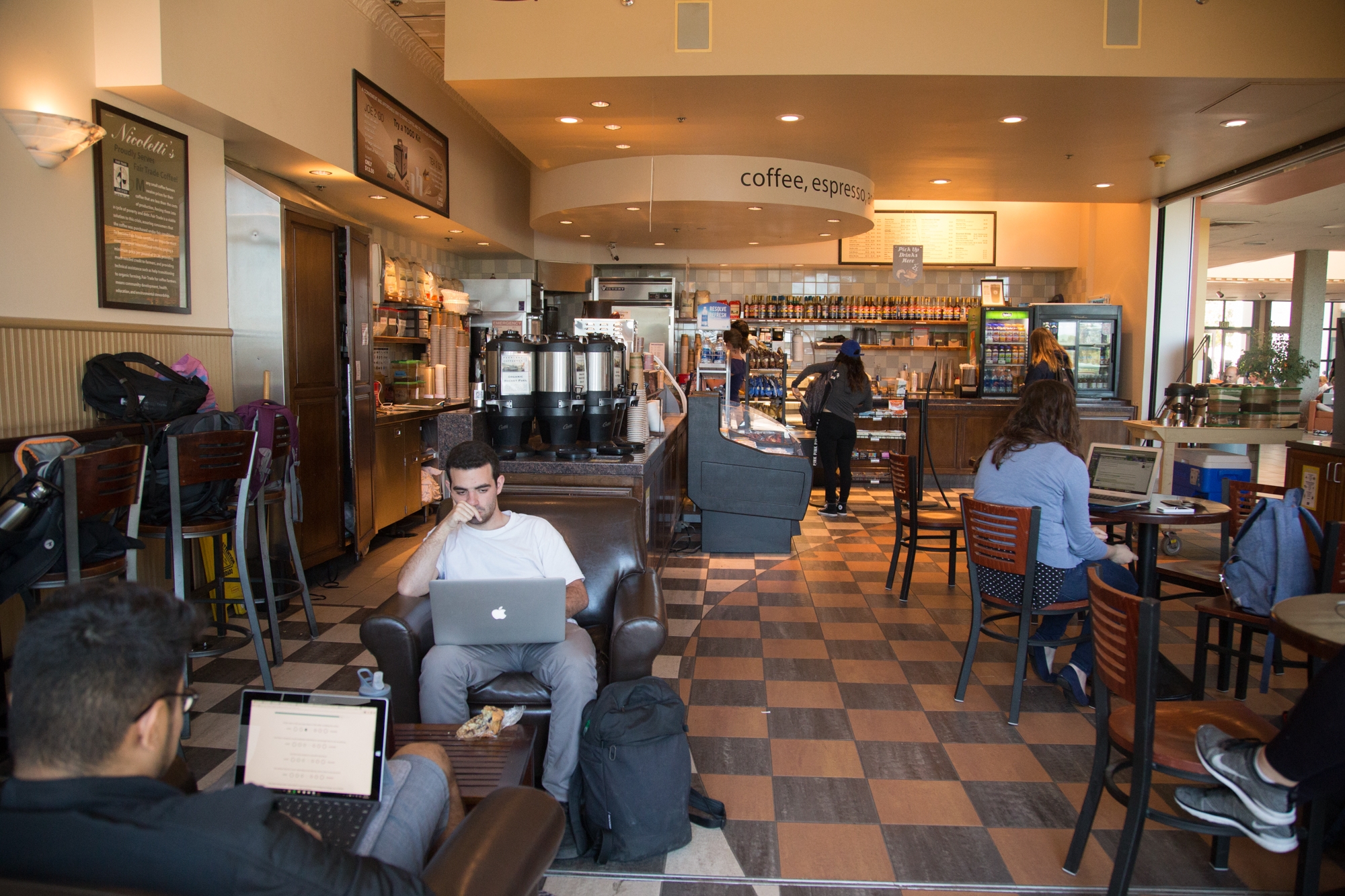 University Center officials hope Starbucks, which is replacing Nicoletti’s in the fall, will bring the UCen out of a financial slump. Jenny Luo / Daily Nexus

The decision to replace Nicoletti’s with Starbucks this fall was made largely due to concern about the finances of the University Center, which is running a near $750,000 deficit since July 2015.

The UCen’s Governance Board heard presentations from three coffee companies — The Coffee Bean, Peet’s and Starbucks — for the purpose of converting Nicoletti’s into “a national brand,” according to meeting minutes.

“The UCen is struggling financially,” Travis Taylor, a fourth-year sociology major and voting member of the Governance Board, said, adding that replacing Nicoletti’s is part of an effort by the UCen to reduce its $745,753 deficit.

“The main factor was the revenue,” Taylor said. “That’s why we even looked into changing Nicoletti’s into a different store in the first place.”

Nicoletti’s will close at the end of July, leaving at least a three-month gap until Starbucks is scheduled to open on Nov. 10, according to minutes from a Governance Board meeting in April. 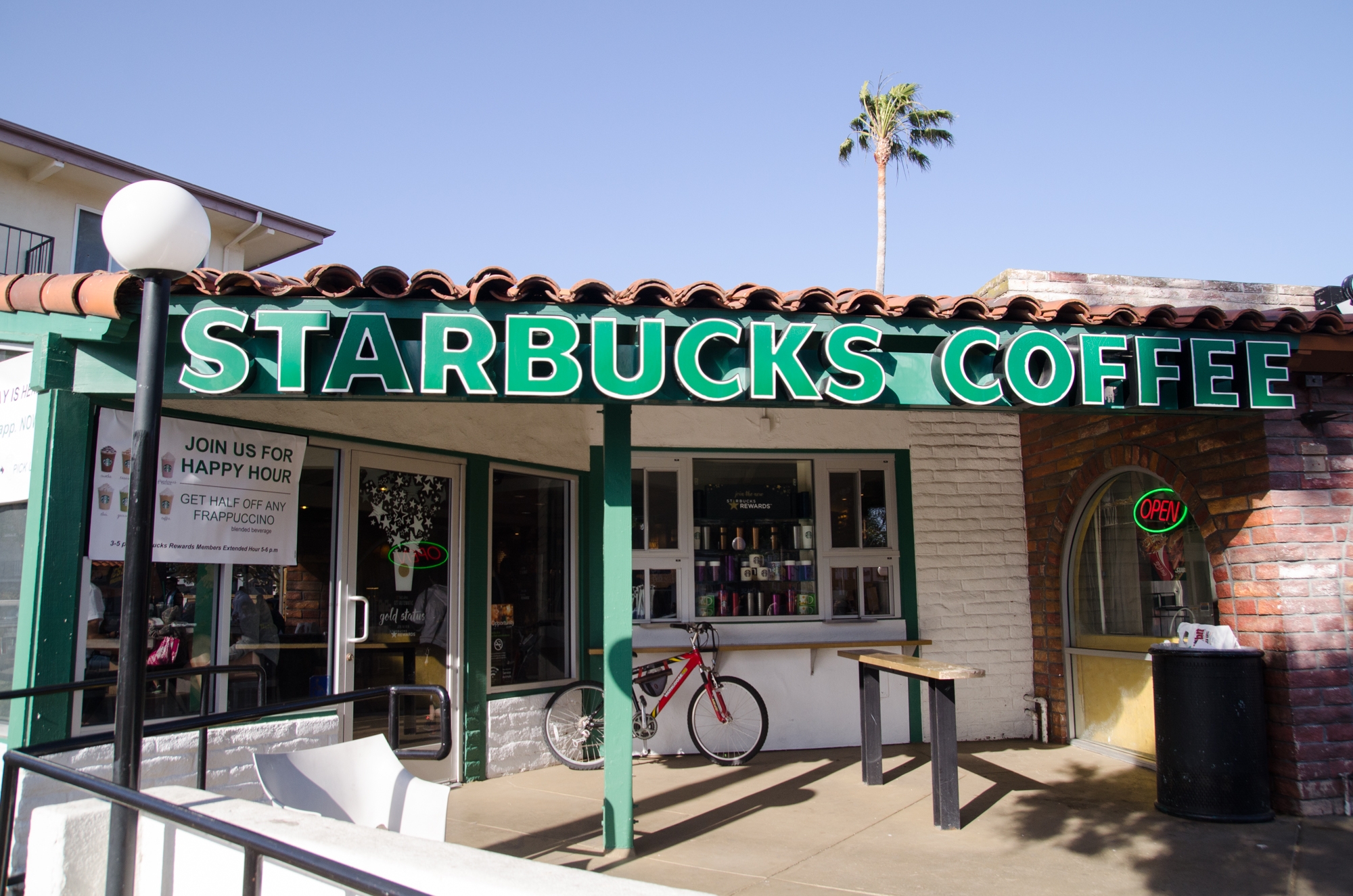 The Starbucks in Isla Vista (above) will be joined by a Starbucks on campus in the fall. Alex Nagase / Daily Nexus

Jillian Stout-Blackman, third-year sociology and global studies double major and barista at Nicoletti’s, said she first found out about Starbucks in the UCen by reading the Nexus.

“I was just kind of shocked and confused and I still am because no one really knows what’s going on,” Stout-Blackman said. “It’s just weird that the employees aren’t being told what’s going on.”

While Stout-Blackman said she rarely drinks Starbucks coffee, she said she would be excited to work at Starbucks because she has heard good things from her friends who work at other Starbucks locations.

UCen officials say current Nicoletti’s workers will have priority in applying to work at the new Starbucks location, although they will need to go through Starbucks training.

Peerless, the coffee roast served at Nicoletti’s, will still be available at other coffee locations like The Arbor, and UCen Dining Services Director Sue Hawkins said coffee carts at the Student Resource Building and Humanities and Social Sciences Building will still be branded as “Nic’s.”

The UCen will have to pay to renovate the new Starbucks location, but Samantha Moon, fourth-year statistics major who also votes on the board, said Starbucks is poised to make substantially more money than Nicoletti’s, although she and other officials declined to specify Nicoletti’s yearly revenue.

“I don’t agree with commercialization,” Moon said. “But what it comes down to is we need to fix the financial situation of the UCen and this is the best way to do it.”

Taylor said Starbucks generates, on average, about $1.1 million in revenue per store on California campuses, which he said is “hundreds of thousands of dollars” higher than the other companies’ proposals.

Taylor and Moon are hopeful this money will help turn around the UCen’s declining financial situation, which they say is partially the result of services like Amazon which have vastly reduced the UCSB Bookstore’s textbook revenue.

“The UCen should get a lot more foot traffic,” Taylor said. “People should come here more often and Starbucks is a great move in that direction.”

Taylor said he has worked as a student employee since his first year at UCSB and is personally invested in the success of the UCen.

“I want to see this building do well because I’m attached to it,” Taylor said. “This is a huge part of the UCSB campus and I think it’s not utilized as best as it could be by students. I hope Starbucks changes that.”

A version of this story appeared on p. 1 of the Thursday, May 5, 2016 print edition of the Daily Nexus.

How is the UCen nearly a million dollars in the hole? That thing should be a cash cow.

Tony, most student unions or centers make just enough to pay the bills and a small profit. In UCSB’s case the bookstore is the key tenant generating income. Unfortunately the bookstore isn’t breaking even let alone making a profit. As the article mentions, Amazon (and other on line book sellers) is kicking the bookstore’s behind. Can we say, ripple effect?

lol I used to work with Jillian and she was told about Starbucks coming in way before it was reported in the Nexus. Maybe if she spent more time actually doing her job she wouldn’t have to worry about losing it…laziest supervisor I’ve ever had