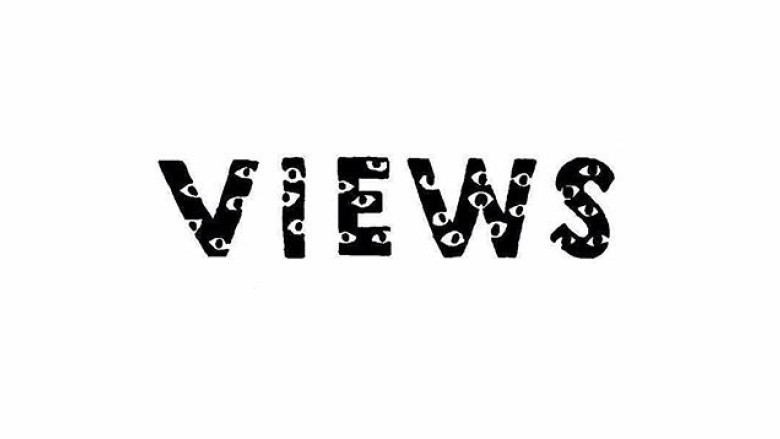 For over a year and a half now, Drake has been fucking up the rap game as we know it. After his surprise mixtape If You’re Reading This It’s Too Late of March 2015, his devastating lyrical dissection of Meek Mill last summer and his infectious, collaborative mixtape last fall with Future, What a Time to Be Alive, the Drizzy hype has been just about inescapable for anyone with an internet connection. All of these raging successes, however, have been mere stepping stones leading to the landmark that took the internet by storm last thursday: Drake’s highly anticipated new album, Views.

Since the album’s release date was announced back in January, all eyes have been on the Toronto native. Extreme hype has been built up for this album; Views has popped up in shops in major cities, advertising billboards all over Toronto, an announcement for a tour with Future, wildly popular pre-released singles and, in the true spirit of Drake, countless internet memes. Released exclusively on Apple music, many excited fans — this writer included — signed up for a free trial to get to the music as soon as possible, carrying high expectations and childlike anticipation.

Although the album is arguably not Drake’s best work to date, Views offers Drake in his purest form, with peak vulnerability and comfort over extremely strong production. At 20 tracks, the work feels a bit excessive and unnecessary, but the consistent supply of grooves along with the balance of upbeat and slow tracks  keeps listeners heavily intrigued. Overall, with a fair share of smooth vocals and gentle progressive vibes, Views feels reminiscent of vintage R&B, emotional Drake.

Some of the album’s strongest tracks are the singles that were released prior to the full album, including minimalistic banger “Pop Style,” caribbean dance anthem “One Dance” and mega-hit of last summer, “Hotline Bling” (as a bonus track). “Pop Style” specifically came as a new album version that features only Drake verses rather than the single version, which included Kanye West and Jay-Z. Although incredible and iconic tracks, the pre-release route seemed to be a bad call, much like putting all of the funniest scenes of a movie in the preview. This lapse in marketing, however, could not shadow the multiple other highlight tracks that Views offers.

Heavy hitting slappers “Still Here,” “Hype” and Future collaboration “Grammy’s” provide the most upbeat moments of the project and remind listeners of Drake’s powerfully strong 2015 hits. However, besides these new tracks and “Pop Style,” the album mainly highlights Drake’s soft singing voice and the hip-shaking, smoothly bouncing production from his OVO team.

Some other stand out tracks include “Feel No Ways,” which includes synth tones that sound straight out of the ‘80s, and collaboration with Rihanna, “Too Good,” which features a steady dance drum beat that demands dancing. These songs most accurately capture the general feel of the album, as Views is less about the rap hits and more about the iconic OVO soul vocals.

This new stepping stone for Drizzy marks a semi-significant musical change in his ever-evolving style. With Views as well as If You’re Reading This, we hear his production transition into a more minimalist theme. All of the beats on this album showcase a very thin, almost calm structure, which is contradictory to his past Take Care days of densely layered beats. We generally only hear two or three sounds in the background, thus putting all the focus on the clever introspection of the 6 God.

Speaking of Drake’s past work, it pains me to say that although Views is a very consistent album that will make for a lot of intimate moments, it just doesn’t live up to its potential. Given Drizzy’s previous work, his smash hits last summer and the earth-shattering hype that led up to it, the music here could just do a little better. There’s nothing wrong with this album by any means. The beats are nicely flowing and it definitely has its high moments, but it all seems to plateau at a midpoint and never really blow any minds.

As I said before, Drake has been fucking up the rap game for some time now. He’s had Pitchfork features, headlining gigs at festivals, groundbreaking albums and owls as far as the eye can see. Maybe he got too comfortable or maybe his reign is coming to an end, but Drizzy just missed a big opportunity. The 6 God was given a true shot at rap immortality, but instead of redefining the game, Drake merely stirred it up.