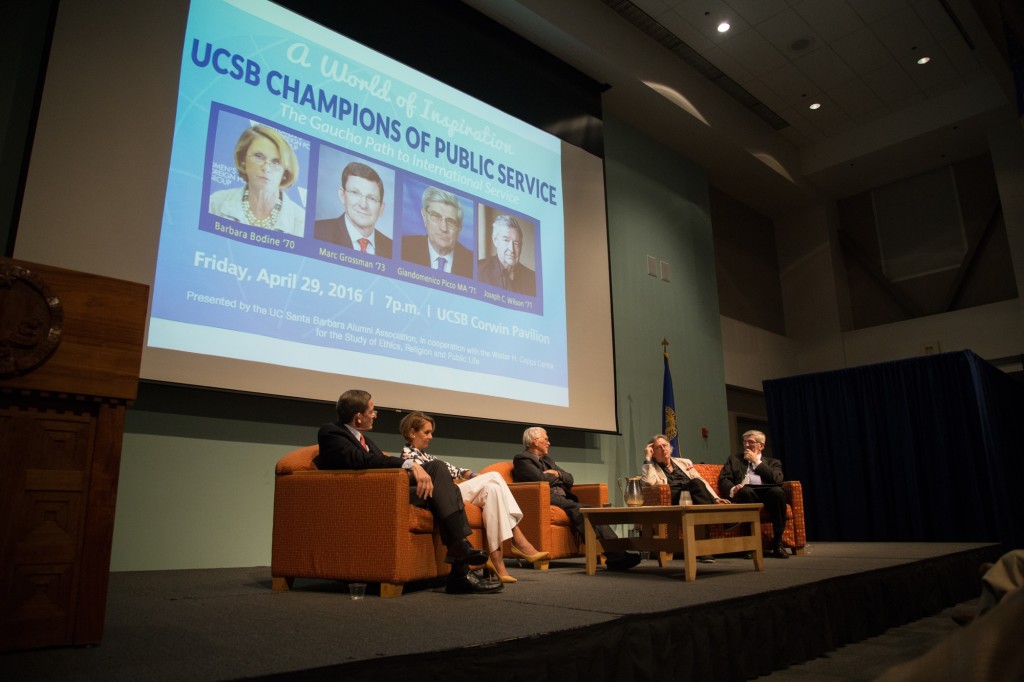 Four UCSB alumni and United States ambassadors returned to campus on Friday to recount their time in college during the 1960s and its influence on their careers in foreign diplomacy.

The panel consisted of Barbara Bodine ’70, Joseph C. Wilson ’71, Marc Grossman ’73 and Giandomenico Picco ’71 — U.S., ambassadors who have facilitated international diplomacy in regions such as the Middle East and Western Africa.

Barbara Bodine, who served as the U.S. ambassador to Yemen from 1997 to 2001 and in Iraq twice, said she knew she wanted to be a U.S. diplomat from the age of 15. While attending UCSB, she witnessed how the deaths of President John F. Kennedy, his brother Robert Kennedy and Martin Luther King aggravated tensions during the Vietnam War and the Civil Rights Movement.

Bodine was completing her last year of college in 1970, and had first-hand experience as a student in the streets during the Isla Vista riots of February.

“We had tear gas, we had helicopters,” Bodine said. “I had a Santa Barbara sheriff point a gun at me, and I will not repeat, because I am a lady, what he said to me, but it was not pleasant.”

Giandomenico Picco, born in the Eastern Alps of Europe, served at the United Nations for over twenty years. The 1970 Bank of America burning in I.V. resonated with Picco, and helped shape his decision to come to the United States for university.

“At that time, I already accepted at Berkeley, and when I heard about the burning of the Bank of America, I said, ‘I better change [my decision],’” Picco said. “Europe was changing, and this was my first introduction to America.” 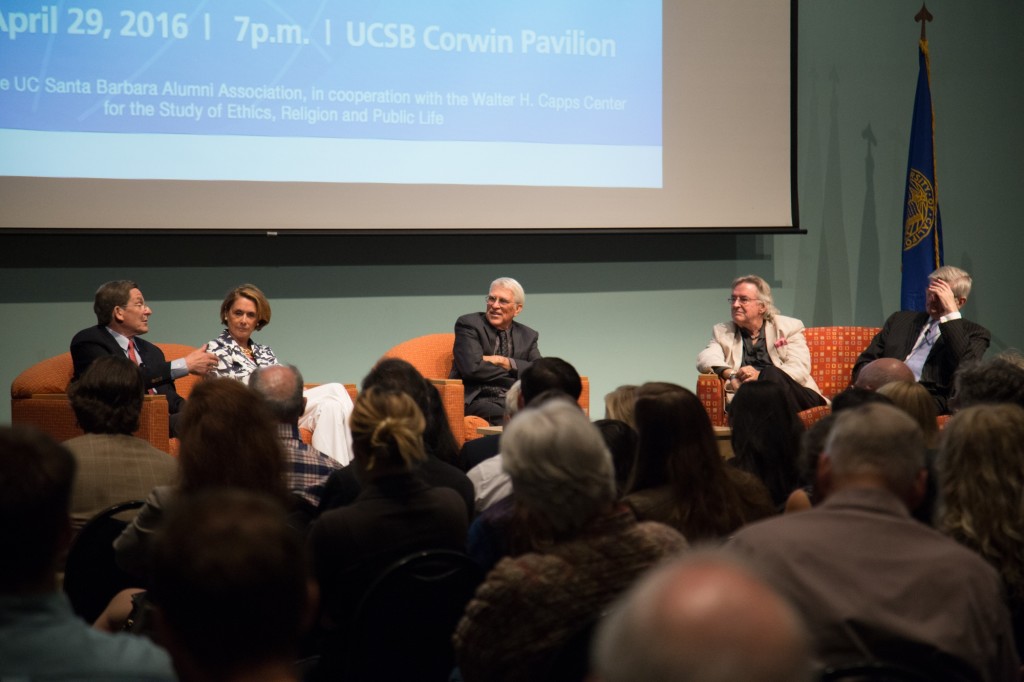 According to Joseph C. Wilson, the former National Security Council senior director for African Affairs, 1969 to 1970 was a challenging year as a college student, especially due to police riots, city curfews and police aggression.

“A couple of my buddies got pulled out of the house and taken down to the county jail. A friend of mine was coming home from surfing … five minutes after the curfew, and he got taken to jail … a lot of stuff was going on,” Wilson said. “It wasn’t exciting. It was kind of the backlash from what happened earlier in the year.”

While several students promoted the advocacy and free spirit of the ’60s, Marc Grossman, who served in the U.S. Foreign Service for over 25 years, did not want to partake in protests as a freshman in 1969.

“I remember at that time how much I feared anarchy, and how much I feared realism. Those things didn’t speak to me,” Grossman said. “Anarchy wasn’t the answer to my problems. Once I came to that conclusion, I said to myself … ‘the alternative is to get involved in some way and change the system.’”

“If I didn’t do education abroad, I probably wouldn’t be sitting here. Not because I learned so very much … but I learned so much about myself,” — Barbara Bodine

The ambassadors agreed that as students in the late ’60s, they developed the new-found desire to become a part of political, social and international issues in the U.S. and abroad.

“If you didn’t like what was going on, you change it,” Bodine said. “And for me, I took it one more step and that meant joining the government to actually shape the policy.”

“What did I take from my time at UC Santa Barbara? Trying to tell people, ‘It doesn’t have to be this way,’” Grossman said. “I have to take the responsibility to make it different.”

Bodine praised the UC Education Abroad Program and her “critical” year of education in Hong Kong, and said she believes an interest in living abroad allows “students to practice being global citizens by being surrounded in a global environment.”

“If I didn’t do education abroad, I probably wouldn’t be sitting here. Not because I learned so very much … but I learned so much about myself,” Bodine said.

Despite current “attacks” on millennial entitlement and the younger generation’s supposed lack of engagement in world events, Grossman argued that there actually has been an increase in young “global citizens,” especially in the wake of U.S. international entanglements.

“People are interested, following the news. It’s very much different [from when I was a kid],” Grossman said. “I think we should be very proud that these are today’s American citizens.”