History was made this past weekend by the No. 9 UCSB women’s water polo team as second year Head Coach Serela Kay and the Gauchos managed to fulfill their long devoted “process,” winning its first Big West Conference title and NCAA Tournament bid in program history.

“When I got hired, my goal was first to win a Big West championship. Then, the next goal is to be in position to win the whole thing [and] we’re on our way,” Kay said. “It was a process and we definitely went through highs and lows. The team faced adversity, but it was worth it.” 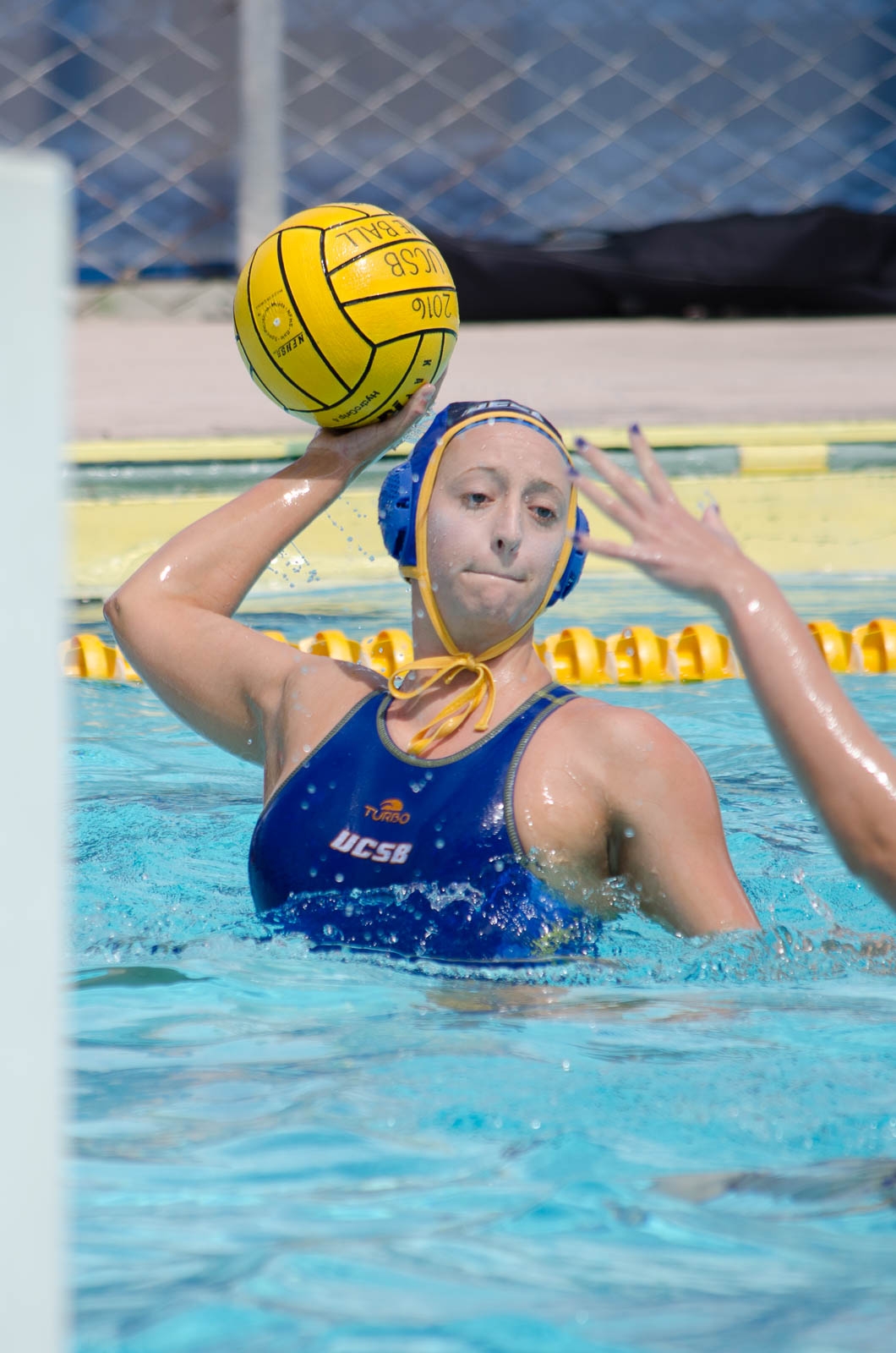 With an 11-5 victory over the 2015 Big West Tournament champions No. 8 Hawaii in just its second tournament title match ever Sunday afternoon, Santa Barbara achieved its monumental win on its home territory at Campus Pool.

At the forefront of the Gauchos’ title capture was senior utility Samantha Murphy, who registered a hat trick in each of the team’s three tournament games. A Second-Team All-Big West selection last season, Murphy was named the tournament MVP.

Enabling UCSB to reach the championship round was the fourth-year player’s game-winning goal in the second sudden victory period of the game following two overtime periods and one sudden victory session.

“Sam really stepped it up this weekend. She was on the outside, inside, in transition, I mean she was everywhere,” Kay explained. “She’s co-captain with Lauren so she holds a big leadership role on the team. Additionally, she’s Big West scholar of the year, she’s got a 4.0 GPA. She’s the whole package.”

Complementing the productive weekend performance of Murphy was UCSB’s attentive defense as it held each of its opponents to six or less goals, nearly two goals below its average allowance of 8.07 entering its contest versus the Rainbow Wahine.

The Gauchos’ defense was most effective in the first half of Sunday’s matchup as they shutout Hawaii in the second period following their allowance of just one goal in the opening quarter of the game. Senior goalkeeper Mackenzie Brokaw recorded a total of seven saves.

Although Murphy would go on to tally her third hat trick in the second half of Sunday’s game, the scoring contributions of redshirt center Lauren Martin with a first half hat trick, senior attacker Bryn Hudson, and junior utility Taylor Shore helped UCSB earn a 5-1 halftime lead.

Although the Rainbow Wahine managed to limit the Gauchos to one goal in the third period, Hawaii was unable to transform its defense into offense as freshman attacker Hannah Thompson was the lone goal scorer in the playing frame, which didn’t have much of a toll of the tam’s deficit as it still trailed 6-2.

Despite scoring three goals in the game’s final period, Hawaii’s inconsistencies on defense hindered its comeback attempt as UCSB responded with five goals of its own to secure its championship victory.

Included within UCSB’s championship run was an 8-4 win over No. 24 Cal State Northridge and its 7-6 sudden victory over No. 7 UC Irvine.

As a winner of three national championships in her four seasons as a starter at UCLA from 1996-2000, Coach Kay is hoping to integrate her extensive postseason experience along with her coaching abilities in preparing the Gauchos for their first NCAA appearance.

“Something I learned as a player and throughout my coaching years going to the ‘Big Dance,’ it’s important to keep things in perspective,” Kay said. “We got here because of our hard work, team defense, and paying attention to the details and that’s what makes the difference. From my UCLA days, [according to a] John Wooden quote — ‘Little things makes big things happen,’ and that’s what we focused on this year and it worked.”

The NCAA Tournament will be held at the UCLA Spieker Aquatics Center from Friday, May 13 through Sunday, May 15. The tournament’s selection show concerning team seedings and matchups will take place tonight beginning at 5 p.m.