The Daily Nexus
Sports
Gauchos Sweep Hawaii, Make History In The Process
May 2, 2016 at 5:08 am by Jorge Mercado

The No. 20 UCSB baseball team made history this weekend when it swept the University of Hawaii at home as it broke the school record for most consecutive home wins, a record that had stood for 22 years. 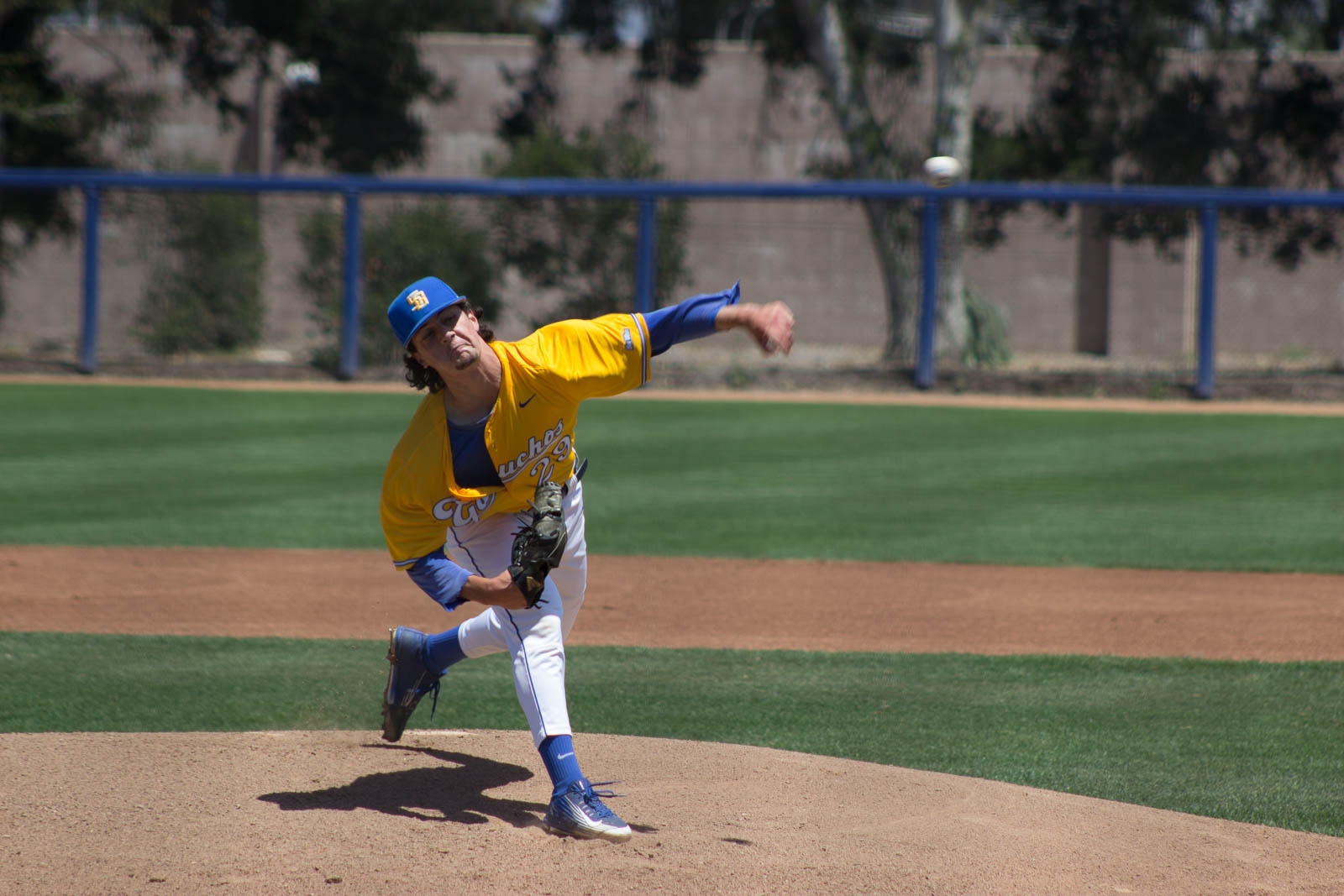 The three wins improves the Gauchos overall record to 29-10-1, 8-4 in the Big West. They now have the school record for most consecutive home wins after beating Hawaii on Saturday giving them 15 straight wins at Caesar Uyesaka Stadium.

After a brutal three losses, Hawaii falls to 18-23 on the season and now have a losing record in conference play at 7-8. The Rainbow Warriors have now lost their last five games.

This sweep was yet another achievement for the Gauchos as they have now won all five home weekend series, continue their best home start in school history (20-1) and now have swept two conference opponents, a task that is never easy.

“It’s great to have these opportunities to sweep.” Checketts said. “In baseball in general its hard [to sweep]. We did not play great baseball but the guys hung in there and got a win.”

UCSB was able to clinch the sweep of Hawaii in style winning Sunday’s game in walk-off fashion that had fans and players out of their seats when they saw the collision at home plate that won the game 5-4.

Hawaii began the scoring in this ball game as in the first inning senior Jacob Sheldon-Collins hit an RBI single giving his team the early 1-0 lead.

The Gauchos responded quickly as catcher Grover Dempsey tied the game at one after hitting a fielder’s choice RBI. An RBI triple by sophomore infielder J.J. Muno made the score 2-1 in favor of UCSB after two innings.

In the fourth inning, the Rainbow Warriors were able to score two runs to retake the lead at 3-2 after a home run by freshman infielder Ethan Lopez and an RBI double by senior Matt LoCoco. Hawaii added one run in the fifth to go up 4-2 after five innings.

As it had done all season, Santa Barbara fought back and in the sixth inning tied the game up at four after a sac fly by sophomore shortstop Clay Fisher, and an RBI single from Muno.

The game then got really interesting in the final inning of play. With one out and runners on first and second the Gauchos called upon freshman Noah Davis, who had been struggking with a toe injury, to get them out of this jam.

He didn’t look so hot at first as after an errant pitch, both runners were able to steal a base and now were in scoring position. Davis then walked the batter making it bases loaded for junior Marcus Doi.

The freshman broke from his shaky start and pitched it well against Doi, eventually making him hit a grounder that the Gauchos were able to convert into a double play and get them out of the inning unscaved.

“That double play was big for us.” Checketts said. “Noah [Davis] coming in and making that pitch on his bad toe.”

The game still tied at four, the Gauchos now had a chance to win it in the bottom half of the final frame. Senior Ryan Clark wasted no time getting on base with a single, then stealing second to get into scoring position.

After a bunt by redshirt junior Andrew Calica, Clark was now on third base while the Gauchos only had one out so they were in perfect position to win the game.

Freshman Michael McAdoo had the honors of trying to seal a victory for his team and did just that hitting a fielder’s choice RBI. His hit was a short one that was quickly grabbed by the shortstop who threw it home in hopes of getting Clark out.

“A backbreaker for them.” Checketts said. “We got a green read at third so we are going on contact and the catcher just missed it. Tough break for them, great break for us.”

The two players, Clark and freshman catcher Kekai Rios, collided as the senior slid at home base for the win. Rios was unable to handle the ball while also taking a punishing hit and thus the Gauchos won in tremendous walk-off fashion.

“He was blocking the plate pretty good so I knew I had to go in real hard and luckily he missed the ball.” Clark said.

The Gauchos would only need walk-off win in Sunday’s game as the Saturday’s and Friday’s games were much easier wins for the team.

UCSB put together a great eighth inning scoring three runs which led to its solid 6-3 victory and made history as it was their 15th consecutive home win, a school record that now stands at 16 after Sunday’s win.

UCSB tied the game up at three after an error by Hawaii allowed Muno to score the tying run.

In the bottom of the eighth, Dempsey gave his team a 4-3 lead after hitting a solo shot to left field. Muno would then score on a wild pitch and Calica added one final run hitting a sac fly to score teammate Fisher, giving the Gauchos a 6-3 lead.

Redshirt junior Trevor Bettancourt shut down Hawaii in the ninth and made sure no comeback was possible and secured the 6-3 victory. The right hander allowed only one hit in three innings of play.

After the win, the Gauchos were happy to make history and break a record that had stood for so long but were aware that this was not enough.

“We got a good group of dudes and I’m happy about that.” Clark said. “This is cool but we just have to keep winning no matter where we are.”

The win was big in a slew of fashion, not just for breaking the school record, but it also marked the first time UCSB had won a series at home against Hawaii.

“They’re a really good team.” Clark said. “No matter the situation, our guys stay cool and find a way to win. I’ve never experienced something like this before.”

Before achieving two feats on Saturday, the Gauchos beat down the Rainbow Warriors, thanks to sophomore Austin Bush’s performance, 14-2.

Santa Barbara was scoring at a ridiculous pace early on scoring 11 runs in the first five innings of the ball game. Big performances were seen from Bush who’s two run homer in the bottom of the first inning gave his team the 2-1 lead and they never looked back.

“He was great for us.” Checketts said. “He has a great swing and he made great contact.”

Despite going 1-4 (.250) on the day, Grover’s one hit was a home run that scored three runs for the Gauchos in the bottom of the fourth frame giving his team a commanding 8-1 lead.

Pitching wise junior Shane Bieber (8-2) had another solid outing for his team pitching seven innings and surrendering only six hits and one run while striking out seven batters. The righty has now won eight games this season tying his career high.

Overall, this weekend was another great one for the Gauchos. Not only in terms of breaking records but also in the fact that it did not let the sweep by Cal Poly of them a couple of weekends ago change them. This team continues to fight and grow each week and it certainly has been a fun process to witness.

UCSB’s next game is Tuesday, May 3 against Pepperdine at Caesar Uyesaka Stadium at 3 p.m.