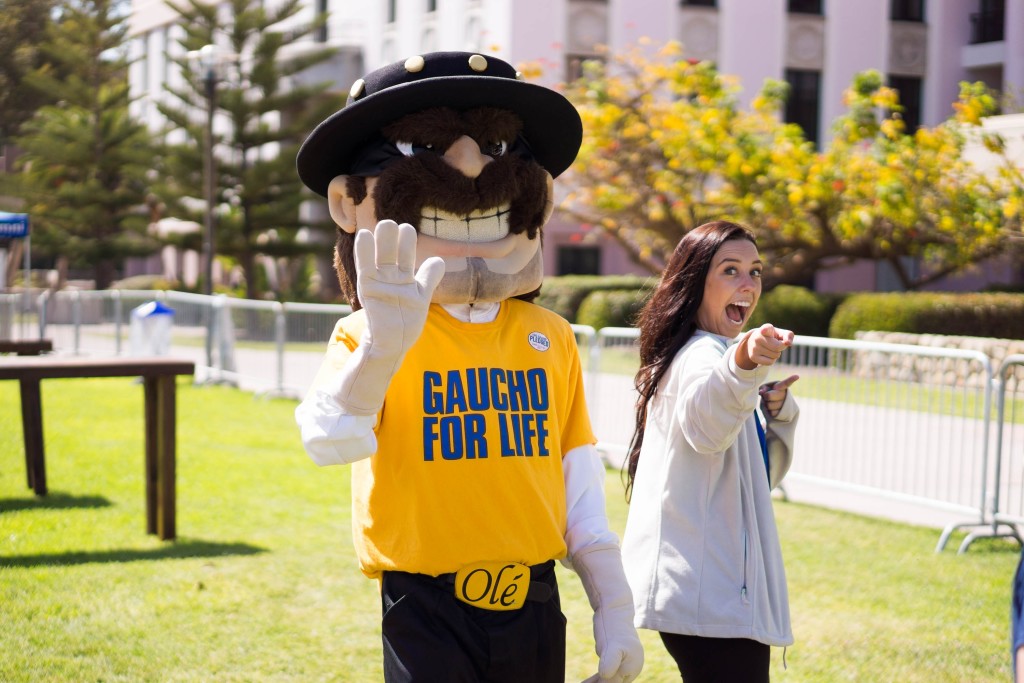 As part of the 10th Annual All Gaucho Reunion, UCSB and Montecito Bank and Trust put together an event for returning UCSB alumni highlighting different Gaucho breweries, wineries and restaurants. The event, called “Taste of UCSB,” was nothing short of Gaucho paradise. Held on the sprawl of the science buildings’ lawn, there was live music, food and, of course, specialized spirits.

I arrived late to the event, in my classic and uncouth fashion, and was taken away by how huge the event was. There were huge gleaming white tents decorating the lawn. The light reflected so brightly off of the tents that I was blinded and walked into the wrong entrance. I was decorously removed from the VIP entrance and shown where the rest of us peasants walk in. 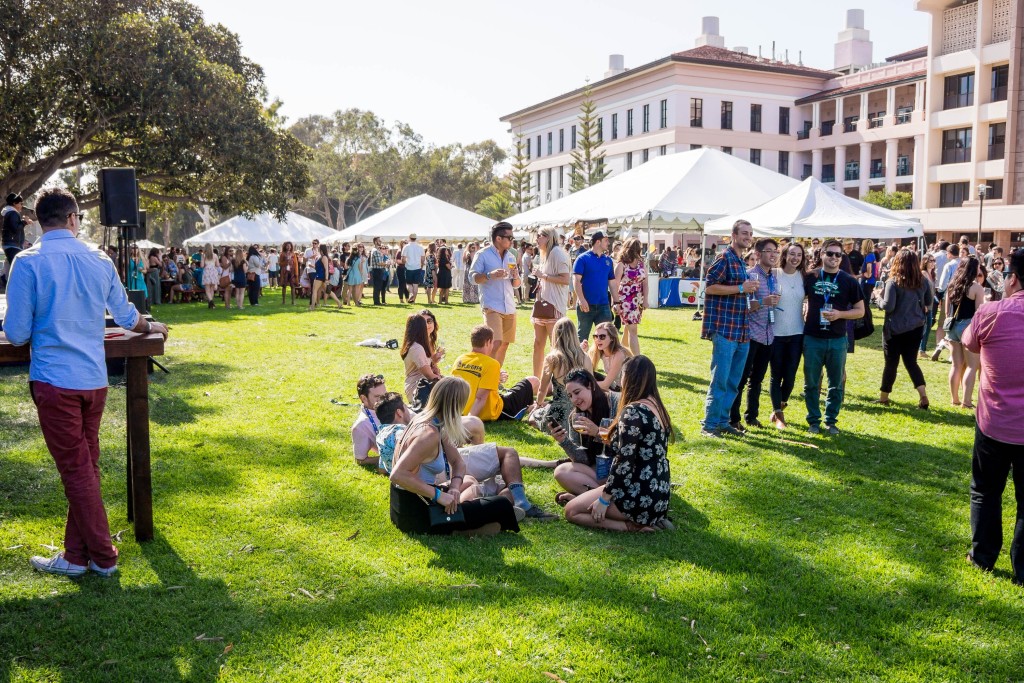 The people at the front gates kindly ushered me into the event. It almost felt other worldly. There I was in the midst of midterms stress standing on what felt like the set of a spring photoshoot. There was great music, everyone was dressed well and everyone had wine or beer in their hands; if that was what post-college life looks like, then it is safe to say I cannot wait to graduate.

I was a bit confused about the event if I am being perfectly honest. At first, I assumed it was an event that would have a lot of food, but not much was to be found. It wasn’t until after the event that I realized Taste of UCSB is primarily a brewery and winery convention. I am facepalming with you. 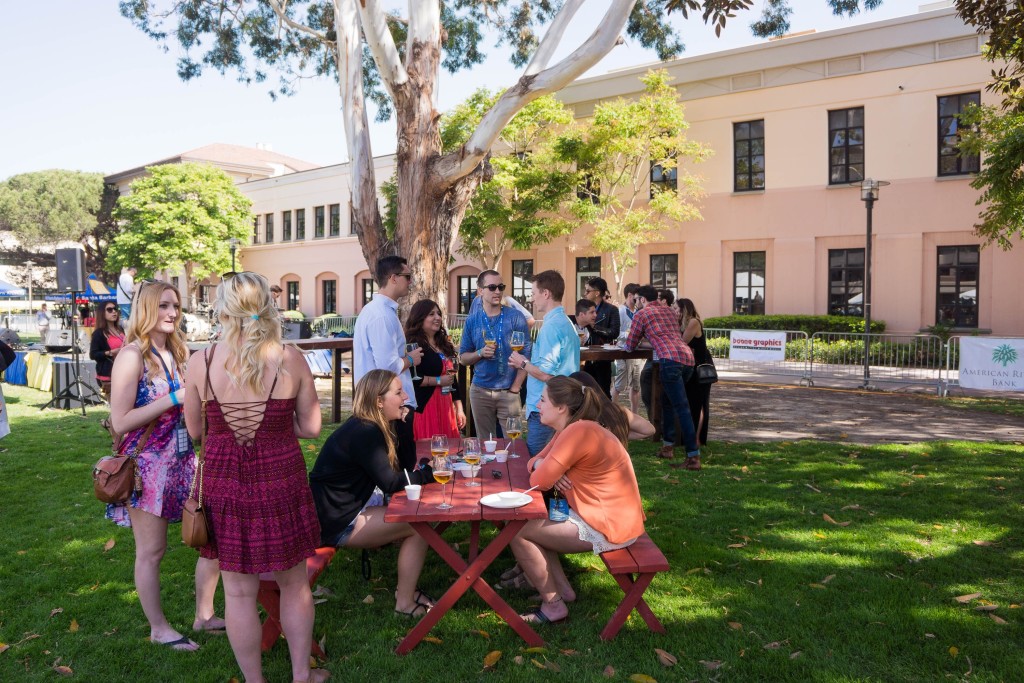 I got a rush of hunger when I smelled the tangy, sweet scent of barbeque; food was near. I scoured the tents and long lines, but nothing caught my interest, so I went to the one tent that had no line whatsoever: South Coast Deli. I had a lovely salad that really did not do much to fill me up, but it was flavorful nonetheless. I crunched on my bowl of lettuce delicately dressed with raspberry dressing, walnuts, and goat cheese.

After I finished my salad, I decided to check out the different breweries and wineries being showcased. I was given a lovely wineglass (now the only real wineglass in my apartment) and I made my rounds. Knowing I had to study later that day, I decided to take it easy. Luckily only samples were given out, but that did not stop some of the more easily effected alums from getting happily hammered. 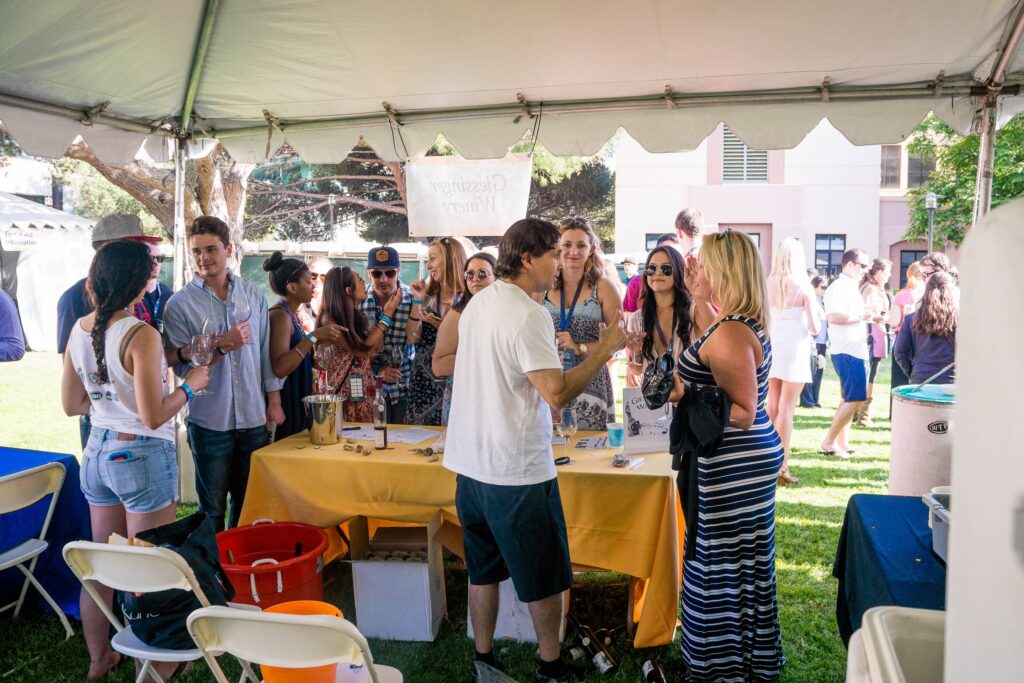 Crisp pinot noirs and rich merlots tickled my taste buds for a while, but I was absolutely shocked at what ended up being my favorite drink at the event: M. Special’s American Lager. You read that correctly: I actually enjoyed a beer. It fit its description perfectly, too: refreshing, crisp and clean. Given my not-so-pleasant experiences with other beers, I was amazed at how good it was.

Realizing I had to go back to study soon, I decided it was time for me to pack myself up and leave. As I made my way out, a flash of blue caught my eye and big red letters met me like an old friend. McConnell’s was there handing out small scoops of some of their most popular flavors, one of which is my personal favorite: Eureka Lemon and Marrionberry. I paired my little scoop with another sample of the American Lager and life seemed to feel right. That was before I made the trek back to the library where I sobbed into my textbooks and seemingly endless paperwork. 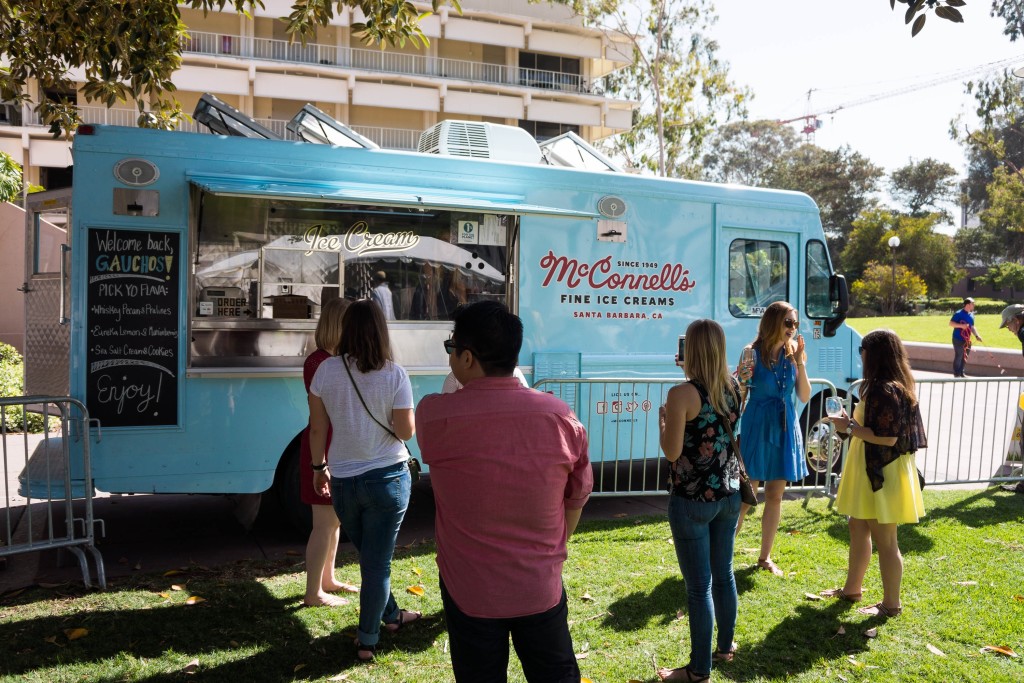 Personal drama aside, this event was one worth considering for next year if you are a student. As I sit here, I wonder: Why don’t the current students of UCSB have anything like this event? Or at least, could it be more affordable? Anyway, I would highly recommend students to go if they have the time and means. Until next year!

Hey John, Were you the one running around with a camera and a great sense of humor? I think I have your roommate’s wine glass-he left it on my table at San Marcos Farms. I don’t blame you for not wanting to carry it in you other back pocket, haha. If your apartment needs more than one wine glass, I’ll be happy to send it to a Goleta farmers market for him. From the honey lady!