The Daily Nexus
Sports
UCSB Hoping to Make Late Surge in Home Finale, To Celebrate Seniors
April 28, 2016 at 2:55 am by Antonia Bird

After a tough weekend at home for the UCSB softball team, the Gauchos will remain at Campus Diamond this weekend in hopes of overcoming their recent two-game slump with an opportunity to improve their record against the visiting University of Hawaii. In honor of the six senior players on its roster, Santa Barbara will also celebrate its Senior Day over the weekend in its last home series of the season. 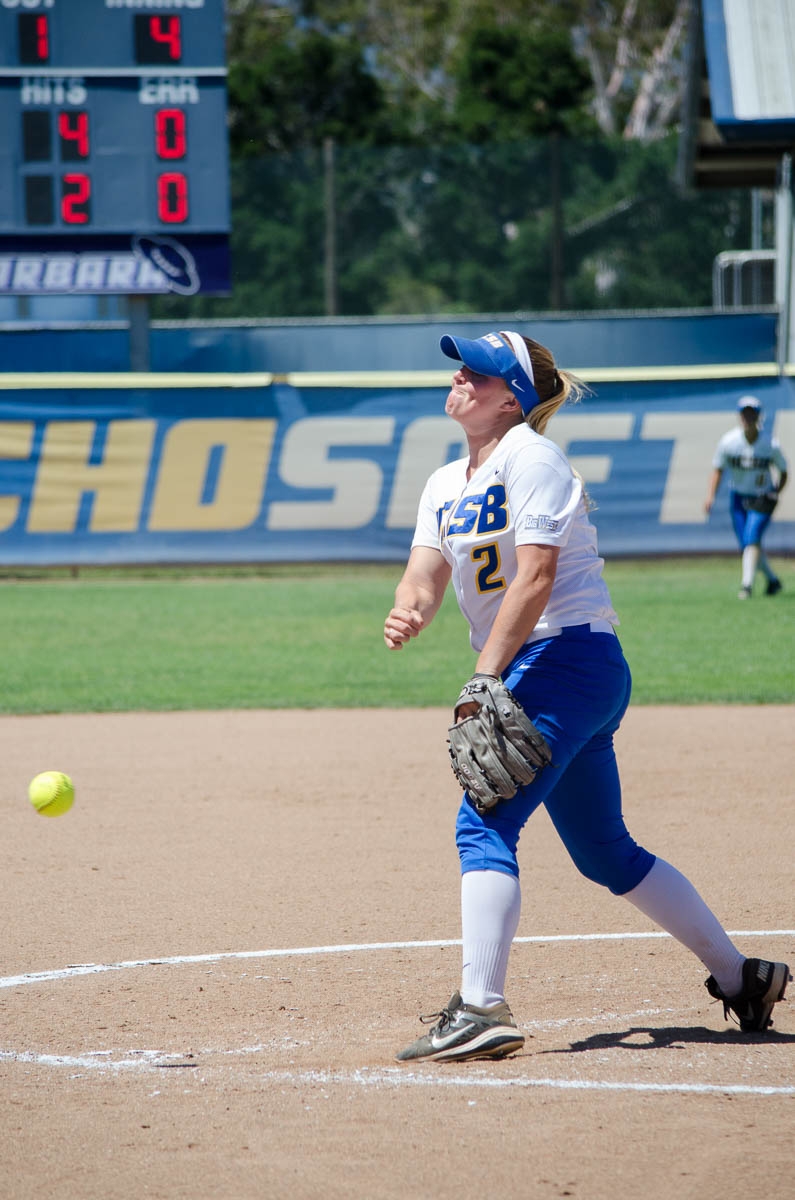 Although home-field advantage didn’t prove successful for the Gauchos last weekend against Long Beach State, they would appear to be favored in this weekend’s match-up as they own a higher standing and carry better statistics overall.

Hawaii is currently hitting .240 as a team, with only 140 runs scored this season. However, the Wahine lineup includes several talented hitters who may pose a threat to the Gauchos’ pitching staff.

One of these hidden talents is the Wahine’s sophomore utility player Rachel Lack. Although Lack hits fairly low in the batting order, she has a team high 20 RBIs so far this season. Most notably, despite a meager .200 hitting clip and nine runs scored, slugging the softball out of the park appears to be her optimal strength as she has also banged out a team high five home runs.

Moreover, freshman utility player Sarah Muzik has proven to be a stand out hitter as she leads the team with 25 runs scored this season. Muzik hits third in the lineup with a .282 batting average. She has contributed three doubles and five RBIs this season.

Behind Muzik with 24 runs scored this season is senior outfielder Keiki Carlos, who also has 40 hits. Carlos leads Hawaii with a .296 batting average and nine doubles. She has also tallied 12 RBIs and three home runs this season.

The Wahine’s sophomore starting pitcher Brittany Hitchcock will come into the series with a 9-13 record and a 2.28 ERA. In 138.1 innings pitched, she has given up 45 earned runs and 153 hits this season.

The Gaucho lineup should not have much trouble getting through to her, as collectively they are hitting .301, and have scored 203 runs this season.

Junior outfielder Kristen Clark will be sure to bring the heat in this weekend’s matchup. She leads UCSB with an outstanding .420 batting average and 37 runs scored this season. She’s also contributed two doubles and 16 RBIs.

Alongside her is senior infielder Arianna Palomares who has had clutch performances lately, scoring a game-winning homerun in last weekend’s series opener against the 49ers.

Palomares has tallied in a total of 27 runs scored this season, along with three home runs. She has also contributed 29 RBIs which is second best on the team right behind freshman infielder Sierra Altmeyer who leads with 34.

Another Gaucho player who will be on Hawaii’s radar is junior infielder Emily Brucelas who has made her way to the top of the lineup, contributing 25 runs scored this season. She has slugged a team-high four home runs along with Altmeyer, and has contributed 22 RBIs. Brucelas has also banged out seven doubles.

The Gauchos have been able to limit their opponents to a .290 batting average. Starting pitcher Ashley Ludlow continues to fight for her team on the mound as she has collected a total of 135 strikeouts this season. Ludlow has maintained a solid 2.96 ERA, giving up only 61 earned runs in 144.1 innings pitched.