After capping off the dual match season defeating every Big West opponent and capturing the regular season conference title, the No. 46 UCSB men’s tennis team will head to Indian Wells, CA to compete in the Big West Conference Tournament. 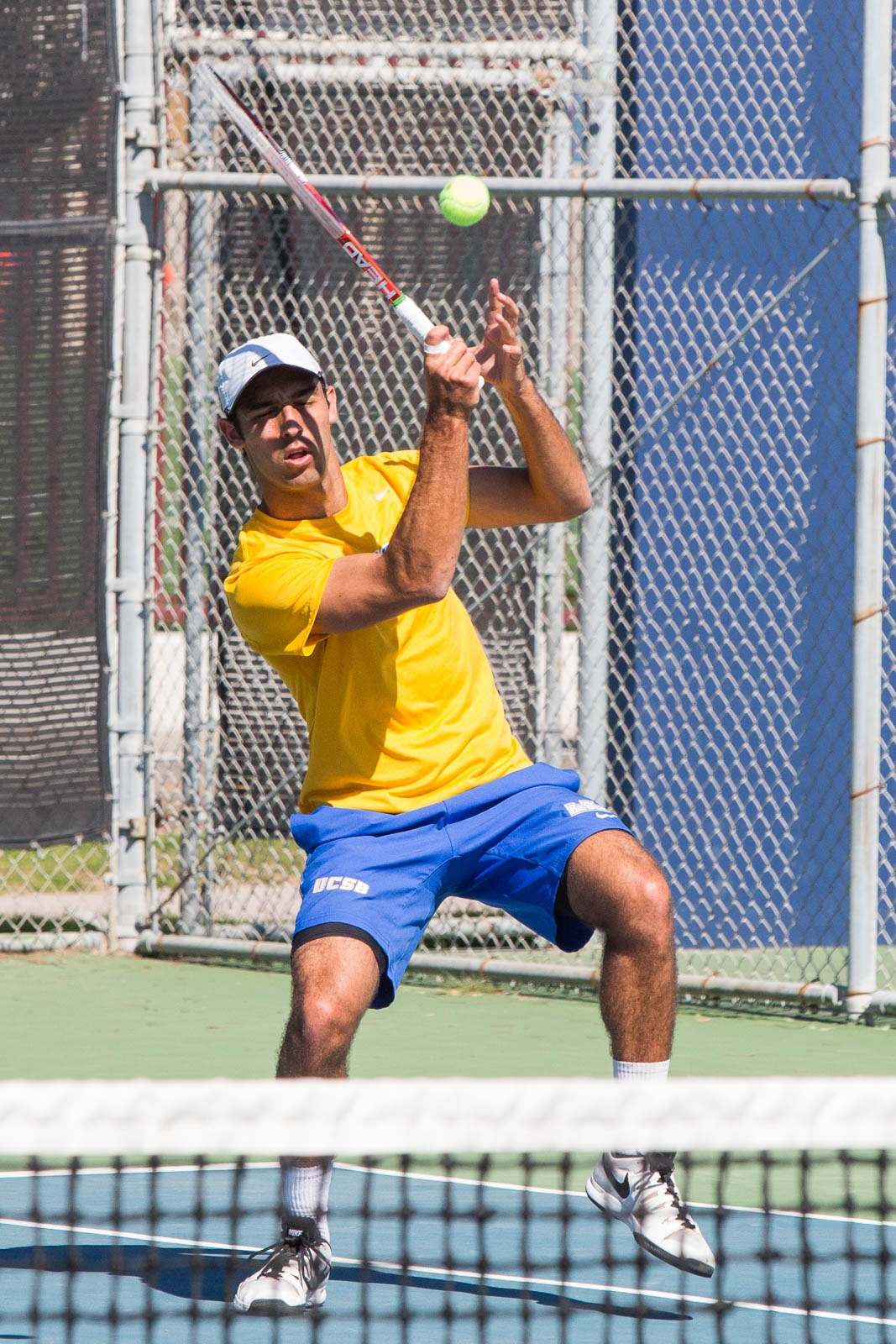 The Gauchos will be looking to protect their conference title after winning the championship honors in 2015.

Posting a 5-0 record against conference opponents, Santa Barbara earns the No. 1 seed in the tournament and earns a first round-bye that leads the team straight to the Semifinal round today.

The Gauchos will await the winner of the Quarterfinal matchup between No. 4 seed UC Irvine and No. 5 seed UC Riverside.

Earlier this month, Santa Barbara topped both of its possible Semifinal opponents, only dropping one point over both matches. The Gauchos hosted the Anteaters at home and defeated them by a score of 6-1.  The following week, Santa Barbara headed south to Riverside and swept the Highlanders 7-0.

With a win in the Semifinal round, the Gauchos would likely face either No. 3 UC Davis or No. 2 Cal Poly for a heated rematch against two teams that Santa Barbara defeated over the past two weeks.

Santa Barbara bested the Aggies 6-1 at home and just this past Saturday defeated the rival Mustangs 5-2. The one-sided scores favor the Gauchos but are not indicative of how close these contests were between these conference foes.

During the match with UC Davis, the top four courts in singles play were forced to a third set tiebreaker. When the Gauchos faced Cal Poly, two of the singles matches went to three sets and the Mustangs handed the Gauchos a rare defeat in the doubles round.

Santa Barbara will be looking for its second straight Big West Tournament Championship this weekend and the team’s seventh in the past 10 years.

The Semifinal round of the tournament is set to start today at 3 p.m. in Indian Wells, CA. The final round is set for 9 a.m. this Saturday, April 30 at the Indian Wells Tennis Garden.