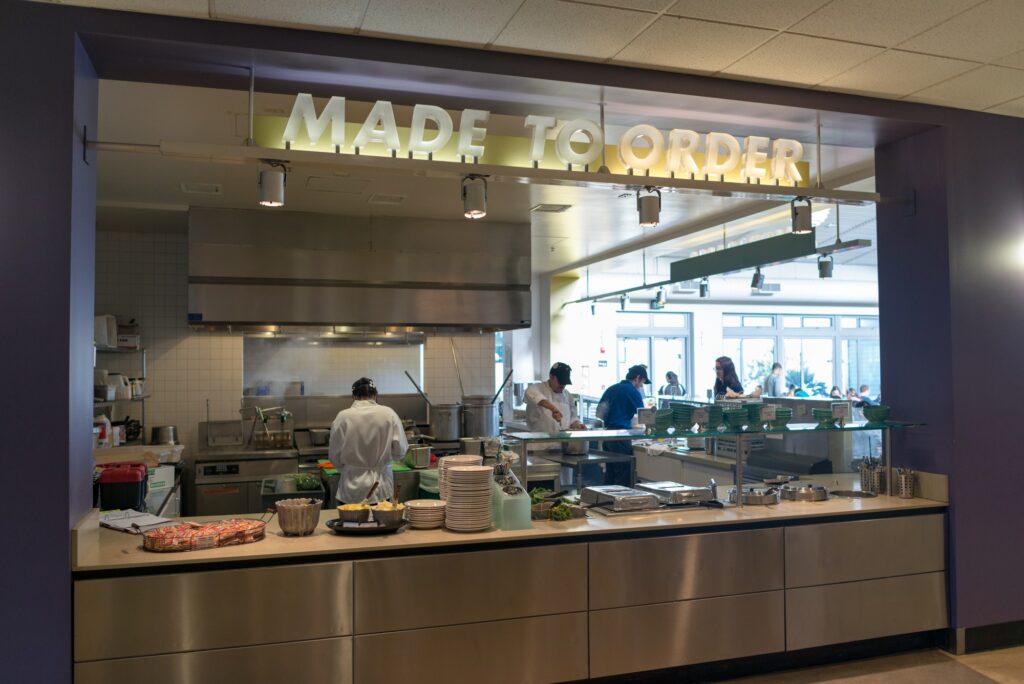 The recent veganism trend has led to an increase in vegan options in UCSB dining commons. However, this will not lead to abandoning meat altogether anytime soon. Nexus File Photo

Veganism is trending in both the food industry and in student requests for more vegan options on the menu, and the dining commons have heeded the call.

“It’s been in the last few years, but it becomes more and more apparent,” she said in an interview on Tuesday. “I keep getting more stuff in magazines and from manufacturers about products that they’re making.”

Vegan and vegetarian options have greatly increased within the past seven years, starting with the student-led push for Green Monday in 2009, a couple of years before Kemp started working with UCSB.

“There was a need from the students for vegan and vegetarian options that probably happened before my time,” she said, adding that this was followed by another push from within the administration itself.

A few years after the launching of Green Monday, the executive chef of the dining commons headed the development of more vegan and vegetarian entrée options. In one summer, he developed a menu and started tastings for the management staff, creating much of what the dining commons offer today.

“We offer a vegan and a vegetarian entrée at each dining commons,” Kemp said. “So there are available options, usually all the time.”

However, the options are never provided at all the commons for any given meal.

“A student may have to go to a different dining common to find a vegan option,” she said. “So they have to kind of figure out where they need to go depending on who’s serving what.”

Kemp said although there are not always entrée options available, the design of the menu allows for more flexibility.

“There are other staples like baked potatoes, sweet potatoes, rice and beans that are offered all the time,” she said. “So you can be pretty creative.”

Several other sources of inspiration for the food at the dining commons include conferences, magazines and food conventions. These sources serve as tools to keep the staff up to date on health discoveries, new recipes and new products.

“I do think the plant-based [trend] has been growing,” she said of the current patterns within the food industry.

Kemp said she is pleased about the trend and about its influence in the dining commons.

“As a dietitian, you want to incorporate more plant-based foods into your diet,” Kemp said.

She is sure to add that it is all about balance, and while they are providing more options for vegans, the dining commons will not be abandoning meat anytime soon.

“I wouldn’t say we’re trying to move away from meat,” Kemp said. “We’re trying to give education on why incorporating more plant-based foods into your diet is good.”

A version of this story appeared on p. 7 of the Thursday, April 28, 2016 print edition of the Daily Nexus.