The three-game winning streak came to a halt this past Saturday for the No.7 UCSB women’s water polo team after they were unable to hold on to its early lead against No. 13 Long Beach State in the season finale. The 49ers claimed the Big West title with the 7-6 win at home over the Gauchos. 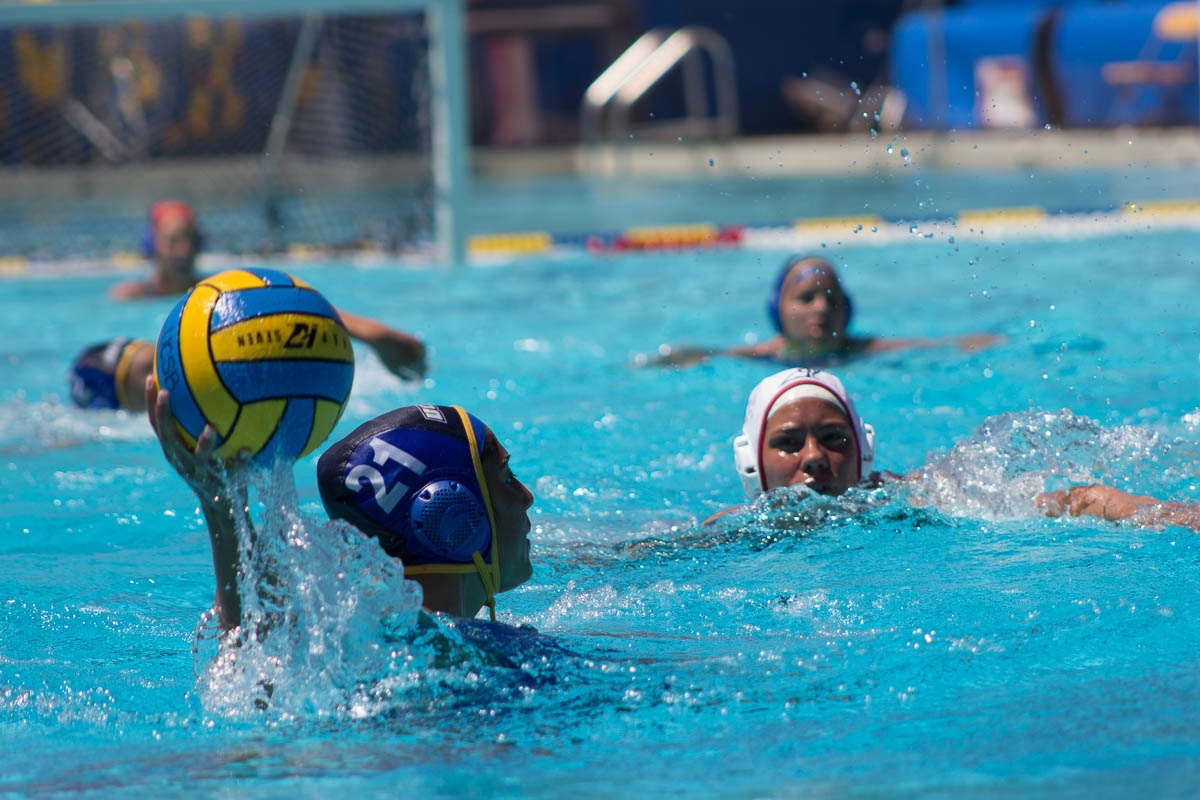 Santa Barbara finished the season with an overall record of 15-12, 3-2 in conference. The loss unfortunately cost the Gauchos the Big West title this year. While for the Beach, the win made history. For the first time in its eight years of conference participation, LBSU has assumed the title of Big West regular season champions.

The victory can be accredited to the 49ers defense, who did a remarkable job shutting down the Gauchos’ tenacious attackers. Their senior goalkeeper Alexis Butler, showed off her skills in her last regular season game obtaining a career-high with 17 saves. Despite UCSB outshooting the Beach 23-13, Butler made it almost impossible for the Gauchos to find the back of the net.

In the first three minutes of the match, the Gauchos wasted no time attacking and put away three unanswered goals. The first came at the 6:36 mark from senior center Lauren Martin on a power play. Right after that junior utility Miranda Schrader went on to score two consecutive goals within a 43 second span giving UCSB an early lead.

At the two minute mark, Long Beach drew an ejection and LBSU’s Alexandra Massier capatilized on the play with a pass from Jessica Brooks. The first quarter ended 3-1 despite several opportunities on both sides of the pool.

Within 40 seconds of the second quarter, senior attacker Bryn Hudson reclaimed the three-goal lead for the Gauchos after an early exclusion. The shot however, did not go unreciprocated. Annabel Harman hit a bounce shot which skipped past senior goalkeeper Mackenzie Brokaw moving the score 4-2.

After that the Gauchos had three consecutive possessions, but were unable to finish the plays. The first was saved by Butler, the second shot hit the right post and bounced back, while the third shot went off one of LBSU’s defenders.

A shot from the 49ers closed the gap to 4-3, but the Gauchos had the last say before break with a backhanded goal from Martin with only 45 seconds left of the first half.

The Beach battled their way back from a two-point deficit in the third quarter. With Emily Garcynski and Massier scoring one a piece on 6-on-5 situations, the Gauchos were shutout 2-0 and the game was tied 5-5 going into the fourth.

The intensity of the game increased in the fourth quarter as both teams knew what was at stake and went at it with all they had. Neither team allowed a goal in the first five minutes of the period. It wasn’t until the 2:49 mark that the 49ers broke the silence and put one away to claim the lead for the first time in the game, 6-5. The Gauchos responded quickly knowing there was not much time left drawing an exclusions and finding the equalizer by Schrader, her third goal of the match.

With 14 seconds left on the clock, the Beach had the final possession and they made use of it. Garczynski shot the ball after a couple of passes and scored in the last second to give the 49ers the victory.

Brokaw finished with a total of 6 saves, four of them in the third quarter.

Although regular season is now over, the Gauchos will prepare to return home to Campus Pool this weekend to host the Big West Tournament. Santa Barbara, who is third-seeded will kick off the weekend with sixth seeded CSUN on Friday at 2 p.m. A win over the Matadors would give the Gauchos a rematch with Long Beach State on Saturday.