The Daily Nexus
Opinion
(Extra)ordinary People
April 22, 2016 at 5:00 am by Dakota Maxwell 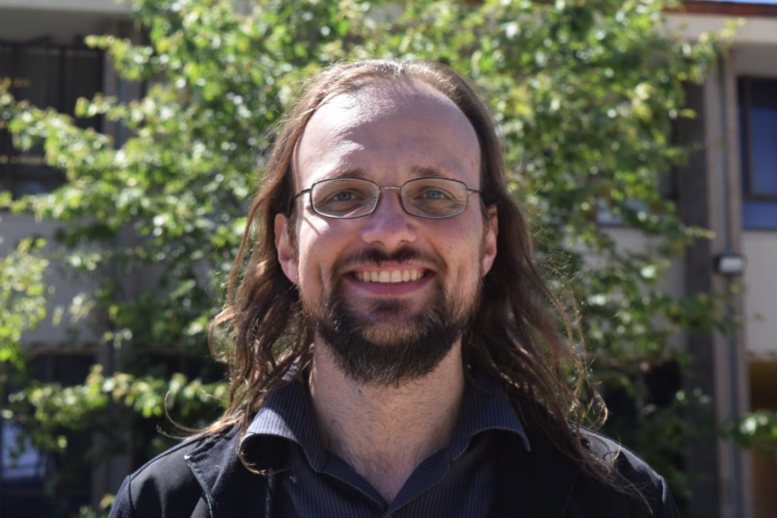 Daily Nexus: What do you do?

Jay: If you’ve heard of jail breaking the iPhone, I run Cydia the alternative to the app store for jail broken phones. So all jail broken iPhones everywhere run my software stack. I also teach at, I’m a highly part time faculty at the college of creative studies computer science program, and I’m currently running for third district supervisor.

DN: Why are you doing those things, what inspired you to?

Jay: Here’s one reason, is that Isla Vista has very poor representation, and the board of supervisors does not spend much time thinking about, about us […]. There’s this old parable of the boat that you’ve rebuilt that you’ve gone through and you’ve replaced all of the wood on the entire boat, at what point does it become a new boat? You know if you’re on the boat you feel like it’s the same boat, and I could, I could appreciate why if somebody’s looking at a bill of materials they’re gonna be like, you bought a whole new boat and built a new boat out of these materials.

I’m, I’m actually here, I’m involved heavily in things going on in Isla vista and I teach at the university and so like I feel like IV is the same boat, it changes its constituency but it feels like a cohesive group of, like a mind set; and the people who are from San Ynez Valley for example just don’t have that appreciation I think. 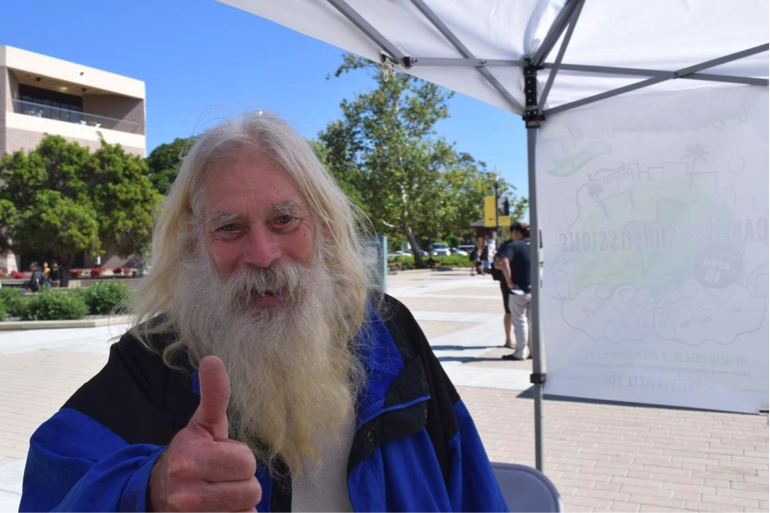 DN: So are you religious?

Jesus: I was just asked that question before, I think religion is like a menu, I’m eating the meal.

DN: So what do you think about God?

Jesus: Yeah totally, in everything.

DN: Can you elaborate?

Jesus: If there ever was a god, he would have been in the past, and he would be in the future, and he’d be in the present, he’s like that kind of a thing. I said if there was ever a god. I know there’s a god, but other people are still wondering, so they should wonder if they want, but when they realize that god is in them, as them, then they won’t have to look for it anymore. […] That’s why I’m Jesus, cuz I found God in me, and when I found god in me I said ‘oh I must be Jesus’, but what I didn’t understand is that we all have that opportunity, so I’m calling it ‘he’s-us’, ‘we’s-us’, ‘she’s-us’ (pointing to me). Namaste. 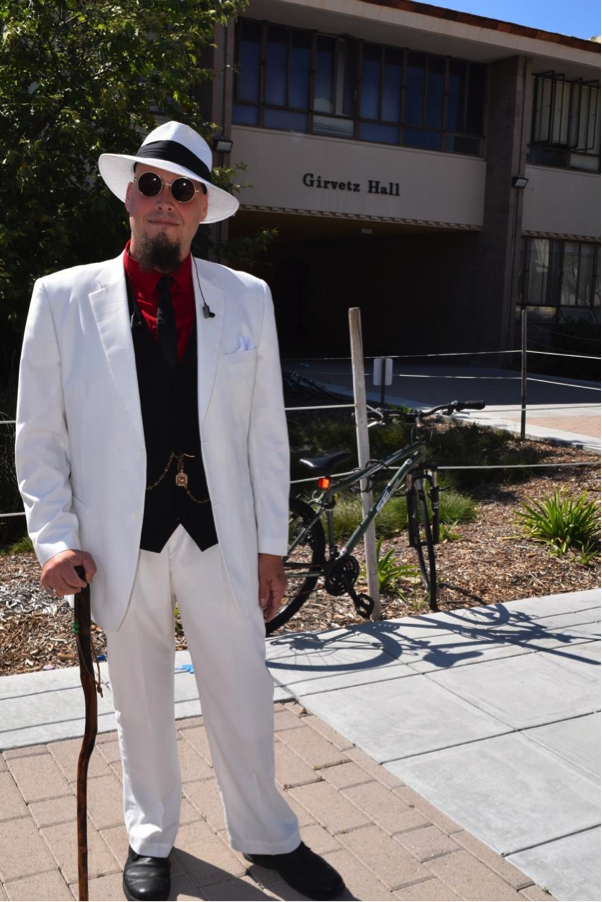 DN: Tell me an interesting story about something that happened to you recently.

Patrick: God, a lot of my stories are really violent.

DN: That’s ok, it can be anything.

Patrick: Well, I guess I can talk about Halloween. That’s the funnest one. Ok, so I went down to I.V. with the rest of the yahoos, and I was wearing a black trench coat […] it was all black, and I had a black hat just like this, except black, and I had white make up on, black eyes, I was kind of death; that was what I was going for, and the sheriffs didn’t like I was there making people […] creeped out or something. They really bullied me, put me on the ground, tried to, tried to, you know like give me an anxiety attack or something, and I was just like you yahoos are just so dumb at this point, you’re bullies.

Patrick: And then they told me to leave and it was like, well if my friends hadn’t had been with me I probably would have been a little more, you know, I have every right to be here, give me my citation and let me go on my way, but I was just, never mind this isn’t worth it, they got their hands on their guns […] and they’re kind of antsy tonight cuz there’s only 50 people out here. I don’t want to be the one on the Nexus that got brutally beaten by cops for resisting.

DN: Wow, well can you elaborate on that? Like what reason did they have to give you a citation?

Patrick: I was in the little park apparently that had a two inch sign in the dark that you couldn’t see that said closed at dusk, and I thought, I was, I was right where like a side walk would be but there’s no side walk, and that’s what they were trying to you know hassle me on. First they wanted me to just leave town, I’m all like I don’t have to leave town, I’m free to be here, and being creepy as fuck is not a reason for me to leave town, cuz that’s all they gave me, I was being creepy as fuck. 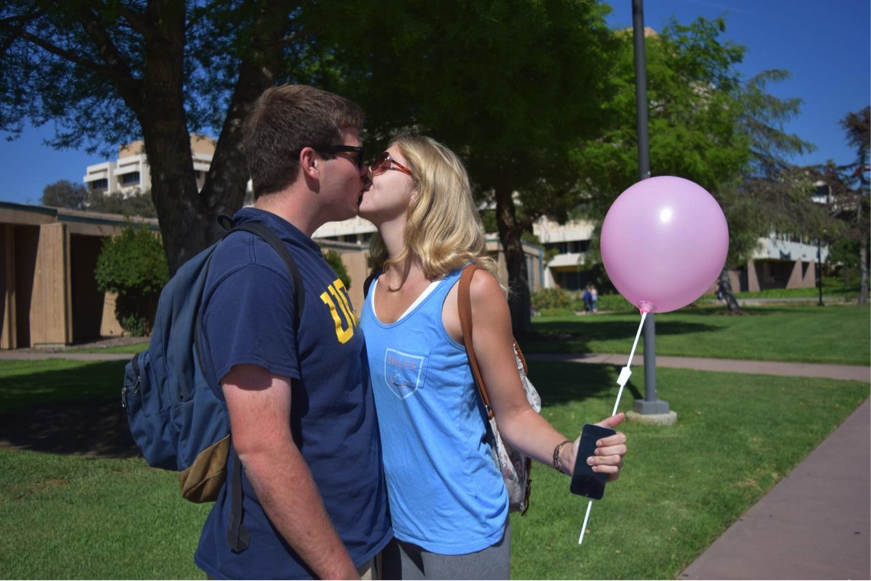 Lauren: I met him at a party on Pasado, took him 9 months to ask me out. He’s glad he did it.

Dakota Maxwell conducted all interviews on campus or in Isla Vista.