With climate change and global warming becoming increasingly threatening phenomena in recent years, research at the Department of Geology at UCSB is geared toward mitigating these issues. Timothy DeVries, assistant professor in the geology department, was recently awarded a three-year grant as part of NASA’s New (Early Career) Investigator Program in Earth Science to study Earth’s “biological pump” and how this affects both terrestrial and aquatic biomes as well as the organisms that reside there. 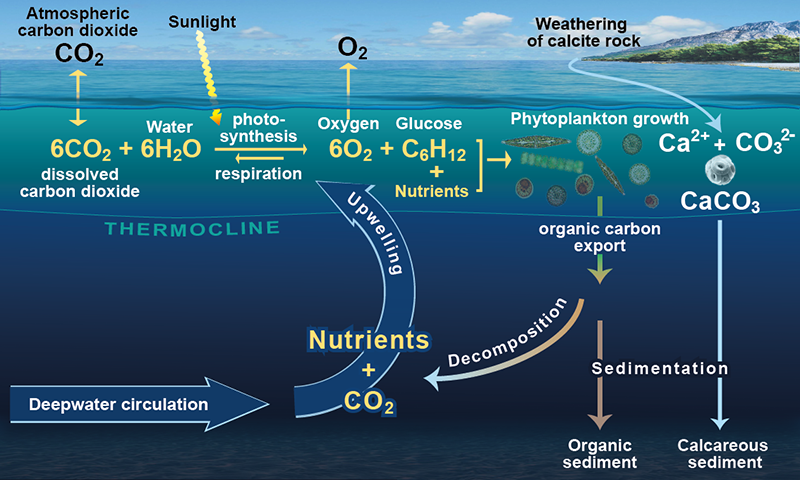 Using satellite imagery in correlation with information on deep-sea ecological processes, DeVries, along with a team of researchers in the department, are building models. The team aims for these representations to shed light on the carbon cycles that occur below the surface of the ocean and how these cycles could potentially affect the human population on a global scale.

“Humans are emitting CO2 (carbon dioxide) into the atmosphere by burning fossil fuels, and the main sink of that CO2 is into the ocean,” DeVries said. “Because [the CO2] isn’t in the atmosphere, it can’t play a factor in global warming.”

The bulk of DeVries’ work is geared toward understanding the oceans’ circulation and its impact on how much carbon the ocean takes in.

With the new grant, DeVries will utilize satellites to analyze the levels of productivity and growth taking place on the oceans’ surface, as well as the different functional types of species of plankton that occupy this initial layer.

“What I’m doing is taking some of that satellite information about the surface ocean, building some models for what happens subsurface and trying to tie what the satellites are seeing to what’s happening subsurface so we can get a better conceptual understanding of the biological pump,” DeVries said. “What’s really important climatically is how much [photosynthetic byproduct] sinks into the deeper ocean.”

Photoautotrophic microorganisms at the surface absorb CO2, which has dissolved in the surface waters, and use photosynthesis to convert it into organic matter to drive the so-called “biological pump.” Many other organisms utilize CO2 to build their calcium carbonate shells and skeletons. When these organisms die, they sink to the bottom of the ocean and develop into layers of carbon-rich sediments that act as carbon storage, wherein the element can remain locked away for upwards of millennia.

DeVries hopes to make strides toward bettering our understanding of the factors that affect climate change on a global scale. While it is imperative that humans reduce the burning of fossil fuels, the key to fully understanding and then mitigating climate change and global warming may actually lie deep beneath the ocean surface.

A version of this story appeared on p. 3 of the Thursday, April 21 edition of the Daily Nexus.