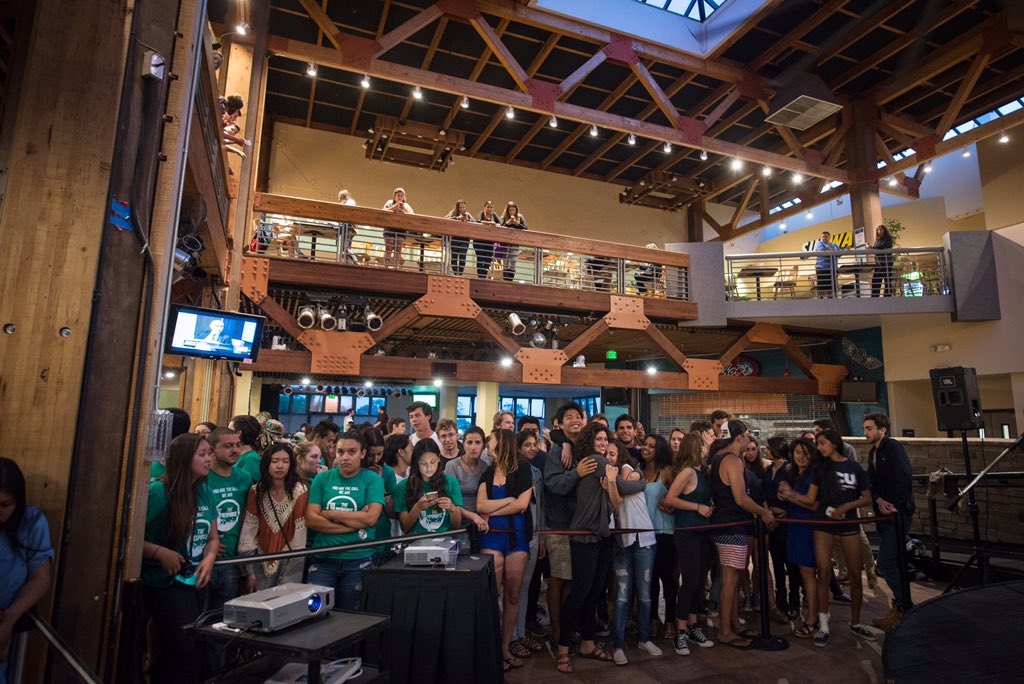 The Nexus will be updating this page with live results from the Associated Students Election, which will be announced at The Hub in the UCen beginning at 6 p.m.

After an unexpected delay, the results were announced around 8 p.m. Check below for the full results.

Correction: An initial version of this article listed Deanna Nguyen as an off-campus senator. She is a university-owned housing senator.

Correction: This article initially referred to Cole Marting from Campus United as Cole Hyatt from The Response.

It’s 7:15. Is the nexus poor quality or are the election results delayed.

so much for “live action”

Is this what the propose fee hike is going to? PQ publications and snail speed reporting?

So glad I voted to cut funding jaja

A.S. is a giant hole in the ocean sucking large quantities of money from the UCSB student body.

The Nexus has the journalistic integrity of my left butthole

…and yet, recent alums have written for or worked for NPR, Politico, The Washington Post, The LA Times… and one recent alum even got a Magazine Award nomination this past year. Sorry, kiddo, but 4/20 is over. Get back to those books.

This page is as live as Prince

Where are the off campus results? Deanna ran for uni-owned

Where are the fee initiatives and reaffirmations?

For some reason, the Nexus always take a couple of days to report there,

these pseudo elections/governments are really very cute, but in the real world they really mean nothing

And the GSA results are missing?

The elections committee came in at 7:30, and results began approximately 15 minutes after. Nexus reported on whatever information was available then, so don’t blame them for delay or not posting things that were not announced