After upsetting Stanford in the quarterfinals, the No. 6 UCSB men’s volleyball team will face top-seeded, No. 1 team in the nation, BYU. With five straight wins against top-ten opponents, the Gauchos will be looking to add the Cougars to the list of powerhouses they’ve knocked off in the past three weeks. 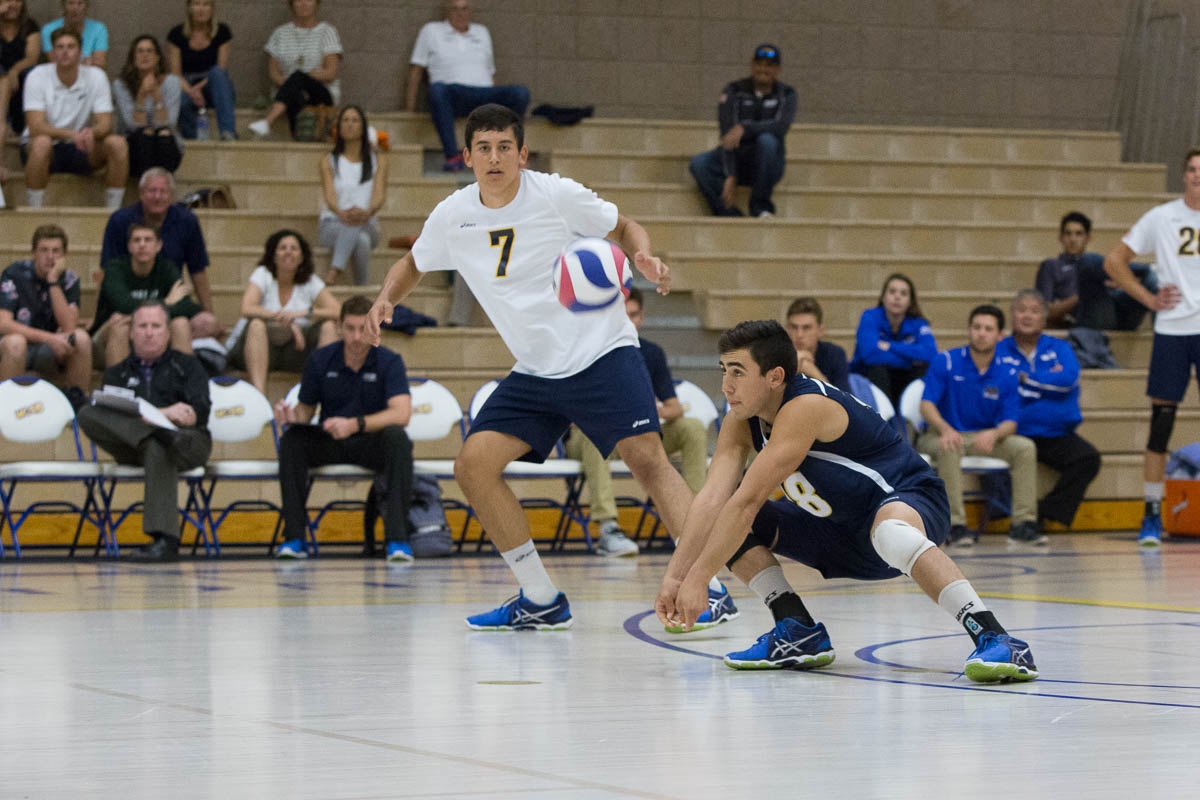 Santa Barbara, the fifth seed in the MPSF tournament, is now 20-9 overall, finishing conference play with a 14-8 record, and is currently riding a six game winning streak, the longest the team has enjoyed this season.

BYU has been nearly unbeatable all season long heading into the semifinal match with a 24-3 overall record, 19-3 MPSF. When the Gauchos visited Provo earlier in the year, they lost both matches in straight sets to the Cougars.

However, in recent weeks UCSB has proven to be a much more consistent team, grinding out tough wins against Pepperdine and No. 5 Stanford. The win streak has been led by senior setter Jonah Seif and his crew of hitters, namely redshirt junior opposite Matt Marsh.
Seif, who was just named to the MPSF All-Conference First Team, has 1,102 assists on the year and is eight assists away from setting his career-high single-season assist total.

Marsh, Second Team honoree, has led the offense since outside hitter Jacob Delson’s ankle injury averaging 14.6 kills per match in the past five.

The two other All-Conference Gauchos, redshirt senior middle blockers Ryan Hardy and redshirt freshman Henri Cherry, who were both Honorable Mentions, have also come up huge to take pressure off of the hitters offensively.

Hardy tallied a season-high 12 kills last week and Cherry, also named to the All-Freshman team, has averaged 9.2 kills per match for the duration of the team’s win streak.

Delson has been easing back into the team after missing two weeks and came on to serve at the end of three sets last match against Stanford.

One of the unsung heroes of the Gauchos’ recent run has been libero Parker Boehle. The defensive specialist has recorded double-digit digs in the past three matches, including 14 in the first round against Stanford.

In the conference meetings with BYU, Santa Barbara struggled to contain the Cougar attack as they hit for .330 and .487 in each match. UCSB has been steadier defensively as of late, recording 40 digs in its last three showings.

If the Gauchos win at BYU, they would book themselves in a spot in the MPSF Conference Finals, against the either second-seed UCLA or third-seed CSULB.

The semifinal will take place tonight at 6:35 p.m. in Provo, Utah. The match will be televised on BYUTV, and a link to the online stream at ucsbgauchos.com/sports/m-volley/index.

A version of this article appeared on page 9 of April 21, 2016’s print edition of the Daily Nexus.