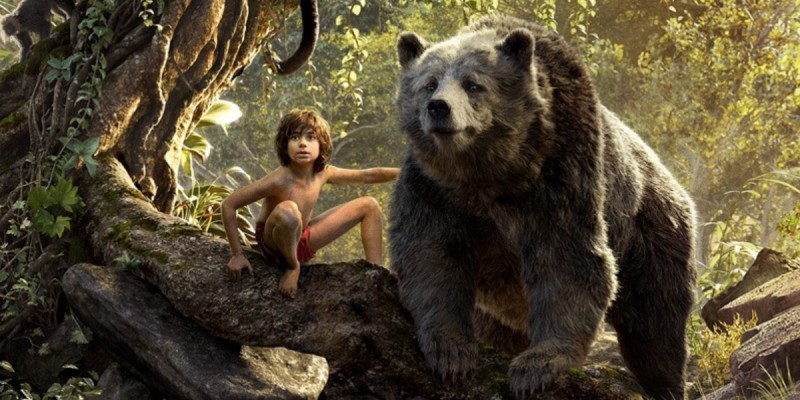 “The Jungle Book,” directed by Jon Favreau of “Iron Man” fame, is a live-action reimagining of the Disney animated classic, which was in turn based off of the original Rudyard Kipling book. Mowgli (Neel Sethi) is a boy who lives in a world populated by talking animals. Raised by wolves, he must leave the pack when the ferocious tiger Shere Khan (Idris Elba) decides to eat him. Along his journey, Mowgli is escorted by his friend Bagheera the panther (Ben Kingsley) and the easy-going bear Baloo (Bill Murray).

If you’re wondering why I even bothered explaining the plot to a remake, it’s because I am hoping that, like me, there are others out there who didn’t see the original Disney cartoon (runs for the hills).

Seriously, though. If anything can be said about this film (the latest in Disney’s pantheon of live-action remakes of their own animated classics), it’s that it’s probably the first live-action animated film. Besides Mowgli, almost all of the characters in “The Jungle Book” have been constructed with computers. The same goes for, one can imagine, the vast majority of the environments. In a landscape where CGI has become a divisive aspect of the medium, if it’s not done right, it can cripple the viewer’s immersion.

Now that I’ve thoroughly teased the movie’s appearance, I will say that it, of course, looks absolutely astonishing. The jungle is colorful, vivid, bright and most certainly beautiful. But it pales in comparison to the animals. The last movie to make real-life creatures so convincing was “Life of Pi,” but here not only are there dozens more animals, but they talk.

And, thankfully, these creatures do not dwell within the uncanny valley. Each animal is performed and animated to near-perfection. Bill Murray is rib-ticklingly funny as the big-hearted Baloo, providing some surprisingly grown-up jokes children are unlikely to understand. “That’s not a song, kid. That’s propaganda,” he tells Mowgli after he has finished reciting the code of the jungle. Sir Ben Kingsley gives Bagheera a certain majestic grace, yet he never overtakes his fellow actors while he’s on the screen.

Idris Elba will probably haunt the dreams of the small children dragged to this movie as the genuinely menacing Shere Khan. And when he’s not snarling and providing jump-scares, he also taps into a fear that will strike at the hearts of adults; in one scene, he tells a cleverly metaphorical story to the pups of Raksha the wolf. As she calls to them to go to bed, Khan holds one back, subtly showing her the power he holds over her and the rest of the pack. “I think they like me,” he tells her once he lets the pup go. Golly, what a terrific villain (and, yes, I did just use golly).

There is, however, a small problem with King Louie, which is probably the film’s only flaw. While he looks and sounds fine (Christopher Walken lends his stuttering tones to the massive ape) and remains relevant to the plot, he starts singing “I Wanna Be Like You” from the original “Jungle Book” movie. This movie is not a musical, so to have this character suddenly sing this song in what was initially a serious, straightforward film takes the sense of immersion and crushes it with a spiked boot. Then again, this is a movie about talking animals, so who am I to complain about immersion?

When you get down to it, though, this is still a straightforward Disney film, plot tropes and all. Villains are bad, protagonists are good and the plot beats happen just how you think they would. This is absolutely not a bad thing, not in the slightest. If anything, it shows that the director is respectful toward the legacy of the original film. “The Jungle Book” is a labor of love, full of whimsy and wonderment, with amazing special effects and fun characters. Go see it if you need a good dose of childhood in your life.