The Daily Nexus
Sports
UCSB Set to Welcome Cal and LBSU to Campus Diamond
April 19, 2016 at 5:57 pm by Antonia Bird

In hopes of staying within the race of the Big West standings, an important week awaits the UCSB softball team. Beginning Wednesday, the Gauchos will host the Cal Golden Bears at Campus Diamond. After its midweek matchup versus the Golden Bears, Santa Barbara is set to host the Long Beach State 49ers for a conference series this weekend. 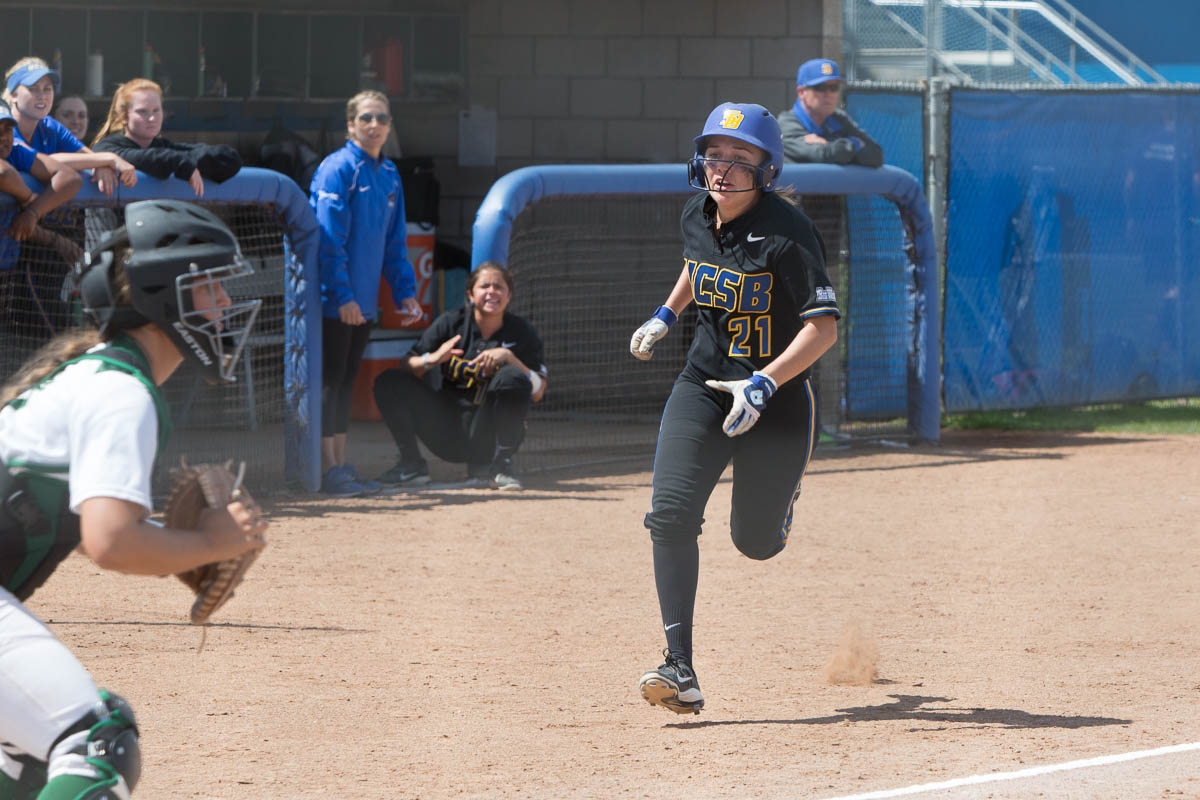 The Gauchos are currently tied for third-place with three other teams in the Big West standings, one of those teams being Long Beach State. All three teams will be looking to improve their ranking, as the end of the season is quickly approaching.

“We haven’t been hitting as well as earlier in the year, so it’s just a matter of going back to fundamentals. It’s really just about getting back to playing clean softball,” Head Coach Brie Galicinao said. “We’ve had a lot of different people step up who continue to get clutch performances.”

The Golden Bears play with a powerful offense which consists of three standout players who together account for most of the team’s success. These players hold the top positions in the batting lineup, and are powerful hitters all around.

Cal’s sophomore utility player Jazmyn Jackson will be a focus for the Gauchos’ pitching staff, as she holds the team’s highest batting average of .390. Jackson has scored a total of 26 runs this season on 57 total hits. She has also contributed seven doubles and 16 RBIs.

Another key contributor for the Golden Bears is sophomore infielder Kobie Pettis. Pettis currently possesses a team-leading 26 RBIs this season. She has also slugged two home runs along with recording 10 doubles. Pettis also bats owns a .356 hitting clip and has a total of 15 runs scored this season off 42 hits.

Despite her freshman status, Cal infielder Lindsay Rood has been a consistent force in the Golden Bears’ batting rotation, leading the team with 34 runs scored this season. She’s also registered a total of 20 RBIS, five doubles, two triples, and three home runs.

Following two resting days between its contest versus Cal, UCSB will return to the field to face Long Beach State this Saturday.

The 49ers have strengths in both hitting and pitching, making them an extremely versatile team and a tough opponent. Junior starting pitcher Christina Clermont is sure to see the mound this weekend as she has established her presence with a 14-7 record while tossing a total of 142.2 innings this season while accumulating a 2.11 ERA. Clermont has given up 43 earned runs, and has recorded a solid 144 strikeouts.

Complementing LBSU’s pitching will be its performance at the plate as well. Senior third baseman Darian Tautalafua has dominated Big West play, earning Player of the Week after hitting 4 home runs in Long Beach’s series’ victory last weekend against UC Davis. Tautalafua leads her team in almost every offensive category. She has slugged 12 home runs this season, along with six doubles and one triple. Nonetheless, her abilities at-bat are phenomenal as she bolsters 44 RBIs and has notched an on-base percentage of .421.

Freshman infielder Nichole Fry has also made moves this season, and serves as a secret weapon for the 49ers. Although she holds a lower spot in the batting lineup, she has tallied a total of 26 runs scored this season and seven doubles, all while holding just a .250 average.

In hopes of returning to its playing form in which it began the season with, UCSB will be led by the veteran talent of senior infielder Arianna Palomares. She is currently second on the team in runs scored with 25 and has 26 RBIs this season.

“We just need to play together. We’ve seen glimpses of the best that we can do, but it’s going to take all of us being on at the same time and really clicking,” said Palomares.

Freshman second baseman Seirra Altmeyer continues to prove her talents among the lineup as well. Altmeyer leads with 30 RBIs and 12 doubles this season. She also holds an on-base percentage of .383, while contributing 15 runs scored off of 37 hits.