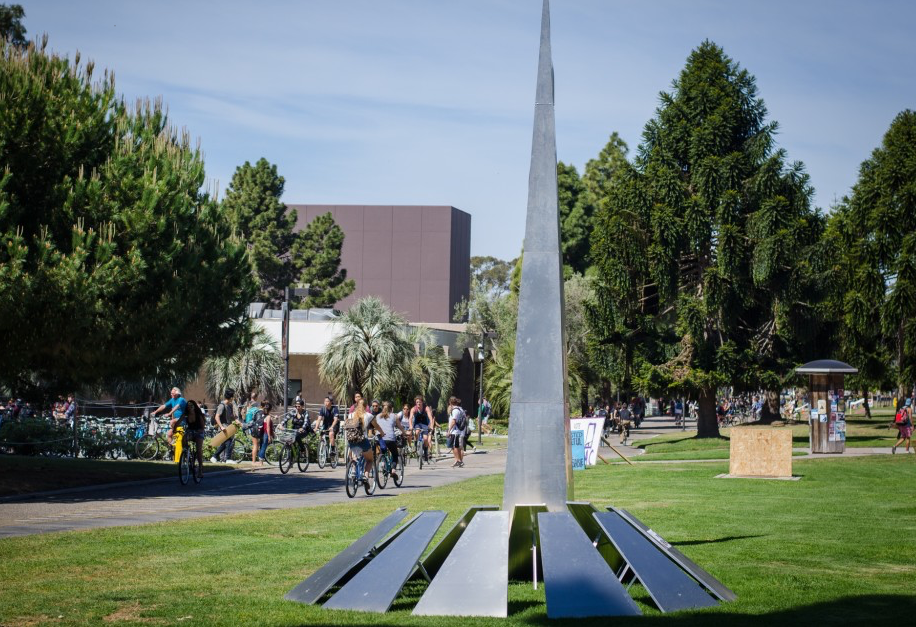 UCSB students are commemorating the 101st anniversary of the Armenian Genocide this week to honor an estimated 1.5 million Armenians who were killed beginning in 1915.

The Armenian Student Association (ASA), which has organized a weeklong lineup of events, brought attention to the anniversary by assembling an approximately 15-foot memorial statue on the bikepath lawn behind Storke Tower. 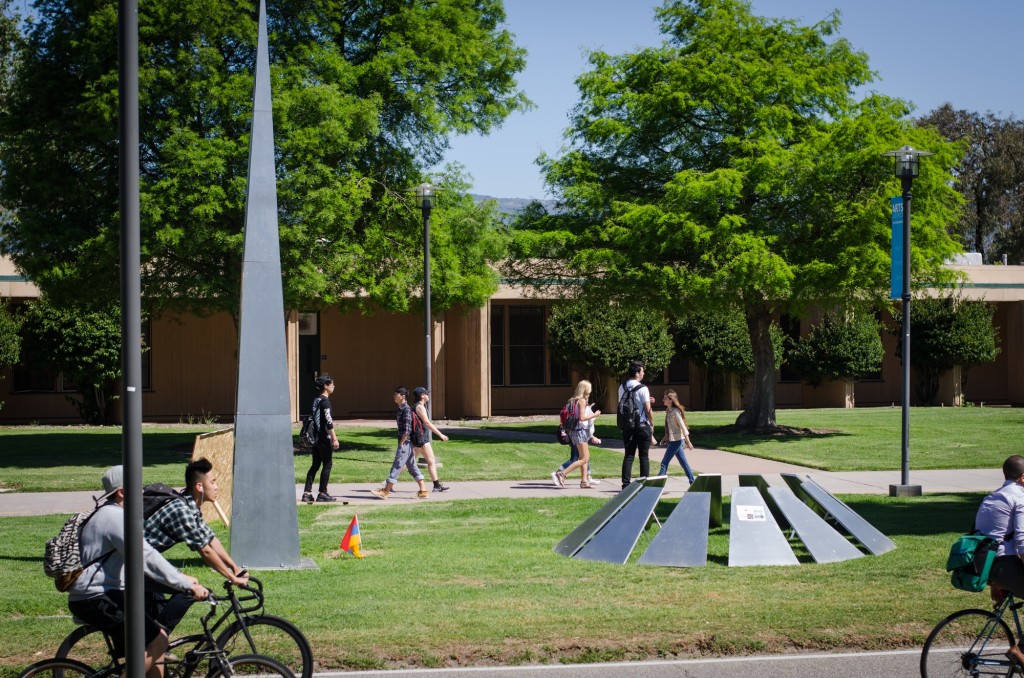 The structure is a miniature replica of the Tsitsernakaberd Memorial in Armenia, built in in 1967, which stands nearly 150 feet tall.

Alec Atamian, president of ASA and fourth-year biochemistry major, said it took two and a half hours to construct, and the ASA hopes the “beautiful” monument can one day become a permanent fixture on the campus.

“Future genocides will always occur if past ones aren’t recognized,” Atamian said, commenting that the ASA’s ultimate goal is to have the Armenian genocide recognized by all entities.

The genocide is said to have begun on April 24, 1915 and lasted until 1923. Although a majority of countries recognize the executions as a genocide, Turkey still denies the categorization.

“Future genocides will always occur if past ones aren’t recognized.” — Alec Atamian

The week’s events began with an Armenian dinner and art exhibition on Tuesday, and will continue into Wednesday with “Handprints Against Genocide” at noon next to the memorial structure.

This is awesome, thanks for featuring this monument on your paper. Its most definitely sad that this happened

Odd, considering the number of holocaust deniers on campus.