The No. 50 UC Santa Barbara Men’s Tennis team celebrated its Senior Day this past Friday in its last home match with a big 6-1 win over Big West Conference opponent, UC Davis. Seniors Andrew Riminton, Nathan Eshmade, and Miles Seemann walked off their home court for the last time being honored by coaches and fans. 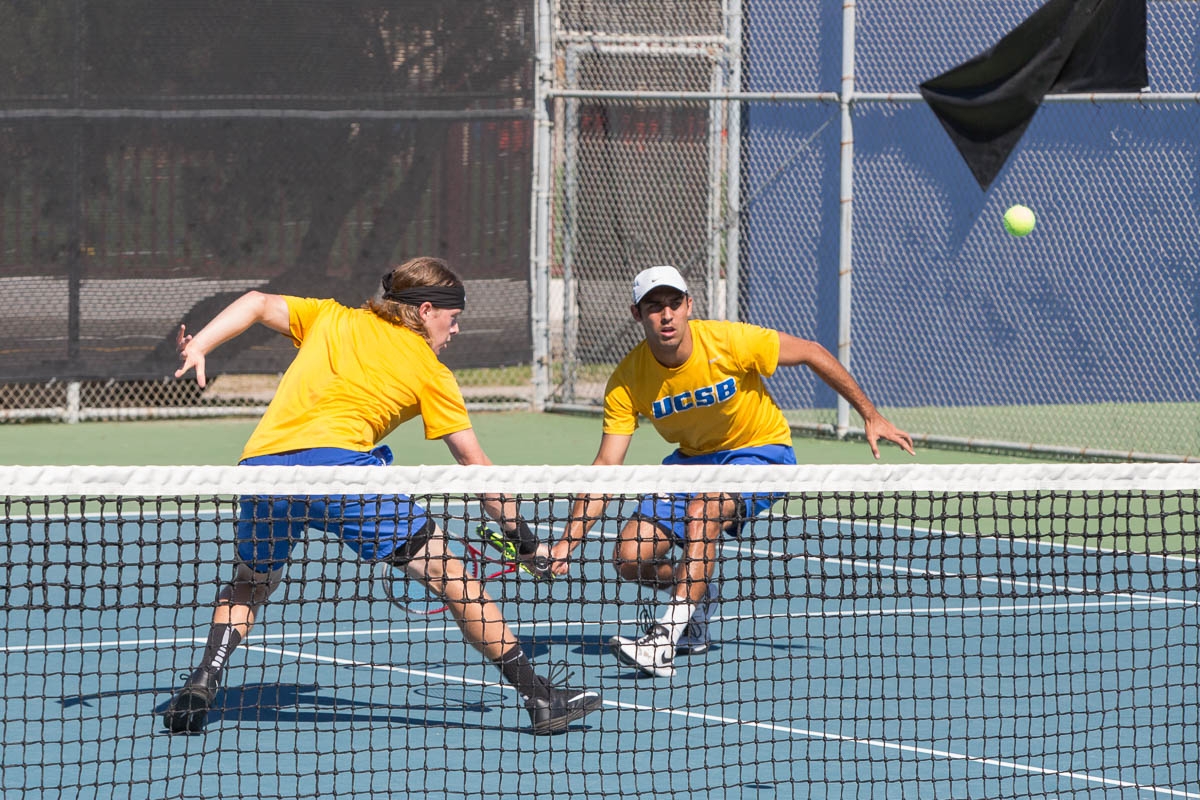 With this win the Gauchos improve to 14-6 overall and remain undefeated in Big West play at 4-0. The Gauchos also end their home season with a strong record of 7-2. Davis drops to 15-5 overall and was handed its first conference loss moving the team to 2-1.

The Gauchos opened with a 1-0 lead with wins on courts two and three in the doubles round to start the match. Junior Co-Captain Morgan Mays and Riminton took a win on three defeating their opponents 6-3. Freshmen Nicolas Moreno de Alboran and Anders Holm had a 6-3 win of their own on court two to seal the doubles point for Santa Barbara.

Between doubles and singles play, Head Coach Marty Davis honored his three seniors with a congratulatory speech and framed jerseys in honor of their time as Gauchos.

The final score of 6-1 is not indicative of how close this match actually was throughout, as the four upper singles matches were all played to a third set decider. Playing on their own courts for the last time this season, the Gauchos managed to win three of those four matches.

Junior Co-Captain Teague Hamilton was the first off in singles play with 7-5, 6-2 sweep on court six. Hamilton remains undefeated in dual match play and improves his record to 9-0. Sophomore Cody Rakela kept his streak alive as well with a 7-5, 6-4 win on five, which marks his ninth straight win.

With their backs against the wall, the Aggies added their only win of the day on court one making the overall score 3-1 in Santa Barbara’s favor.

Mays finished the match for Santa Barbara with a win on three that gave his team a 6-1 win overall. The Co-Captain topped his opponent 6-2, 6-7, 6-4.

The Gauchos will hit the road next weekend to take on rival Cal Poly for the last match of the regular season. The Blue-Green rivalry we be renewed in San Luis Obispo Saturday, April 23rd at 2 p.m.