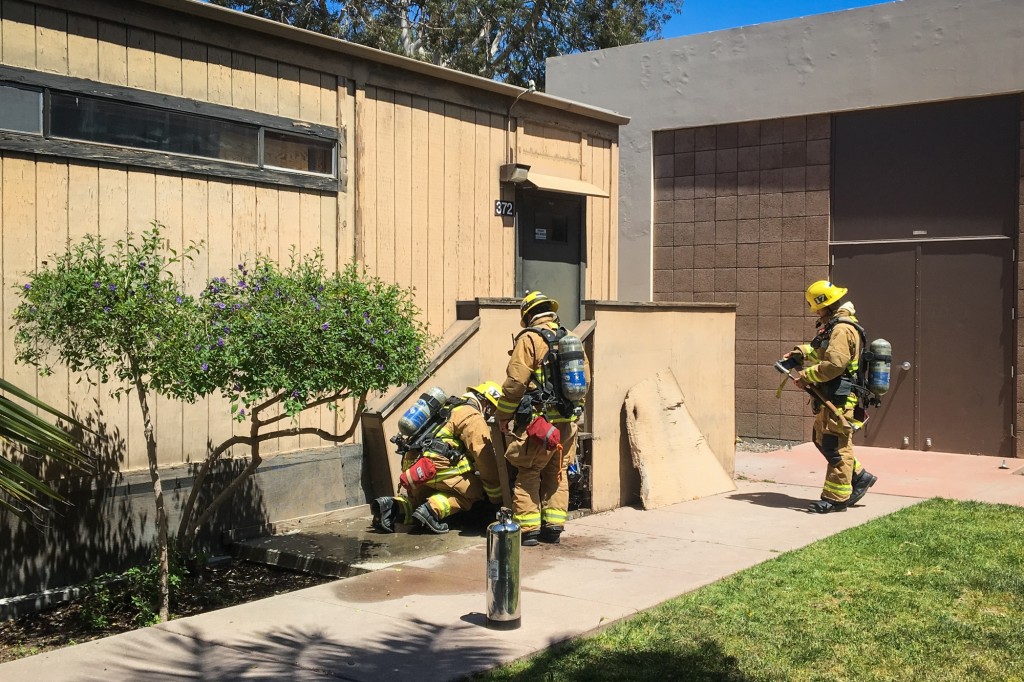 Firefighters responded to a minor fire outside of Chemistry offices Monday, only to find that a staff member had already put out the flames. Nicholas Bogel-Burroughs / Daily Nexus

A staff member in UC Santa Barbara’s Chemistry Building put out a growing fire Monday afternoon by throwing a bucket of water on the wooden stairs of a faculty office building. 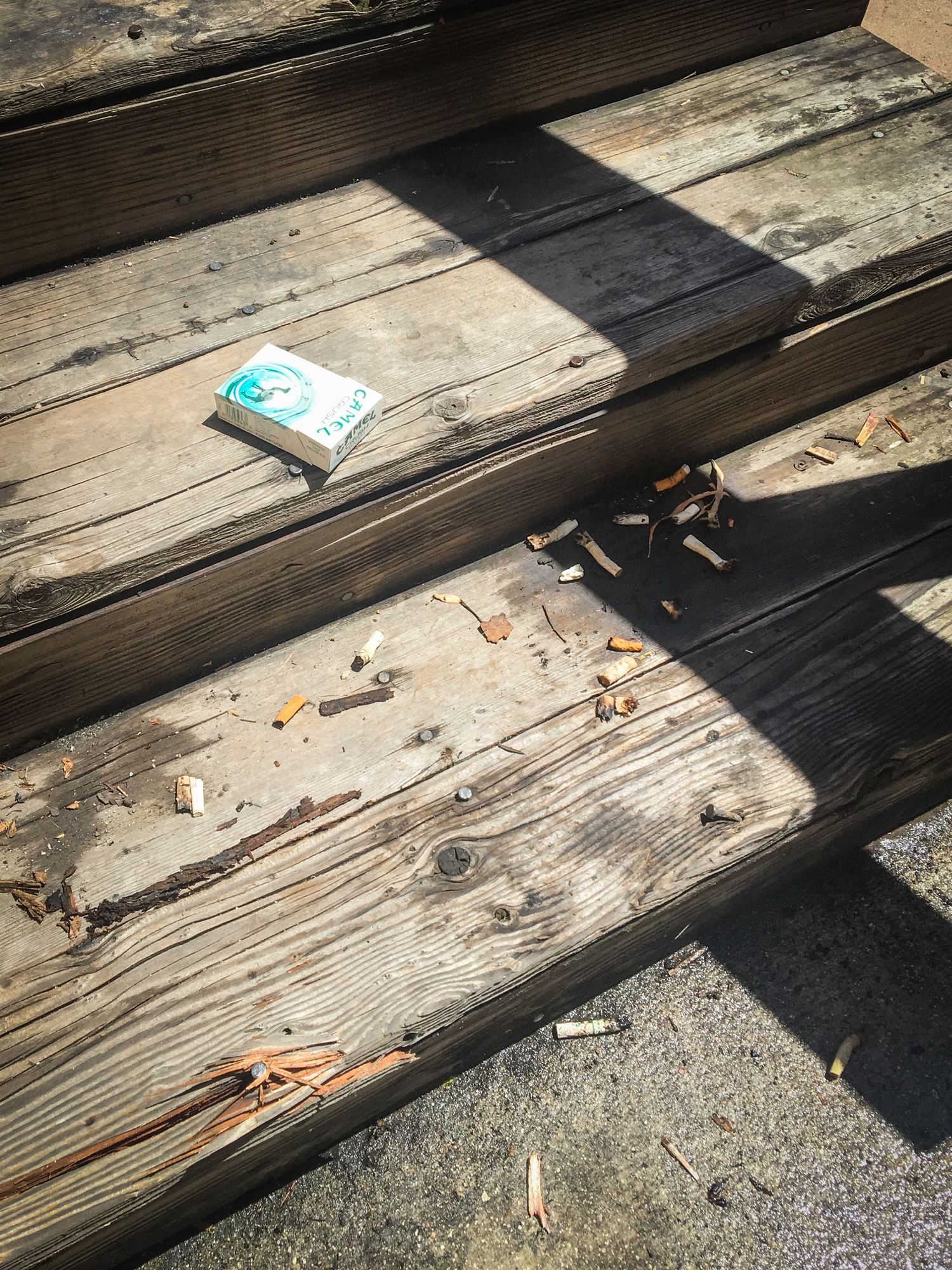 A pack of Camel Crush cigarettes lay on the wet steps shortly after the fire had been put out. Nicholas Bogel-Burroughs / Daily Nexus

Santa Barbara County firefighters arrived at a small faculty office building behind the Chemistry Building shortly after 1 p.m. only to discover that the fire had already been put out by a quick-thinking staff member.

Adrian Shelor, the research storeroom senior storekeeper, was coming back from lunch when he saw smoke “billowing” from the stairs of the building.

“It smelled like a bonfire from the beach,” Shelor said. “I thought that’s a massive bonfire to be smelling it here.”

When Shelor saw small flames on the wooden steps of building 372, which houses faculty offices, he ran to the side of the Chemistry Building and filled up a bucket of water to extinguish the fledgling flames.

A pack of Camel Crush cigarettes and dozens of cigarette butts lay on the wet stairs as firefighters assessed the outside of the building. A UCPD officer at the scene said the minor blaze was likely caused by “a careless smoker.”

Cabe Fletcher, building and resource manager for the Chemistry Building, said “people were using [the steps] as an ashtray.”

When Shelor was pouring water on the fire, he said a whole pile of “cigarette butts were burning” on the steps.

“Hopefully, this puts it over the top for no smoking,” said Shelor, who asked that students refrain from smoking on campus.

No injuries were reported in the minor fire.

Going to the chem lab and seeing a fire truck parked in front of the building, brings back memories of my time there is the 70s.