The Daily Nexus
On the Menu
Santa Barbara Earth Day Festival Presents: Buena Onda
April 18, 2016 at 5:00 am by Collin McLeod 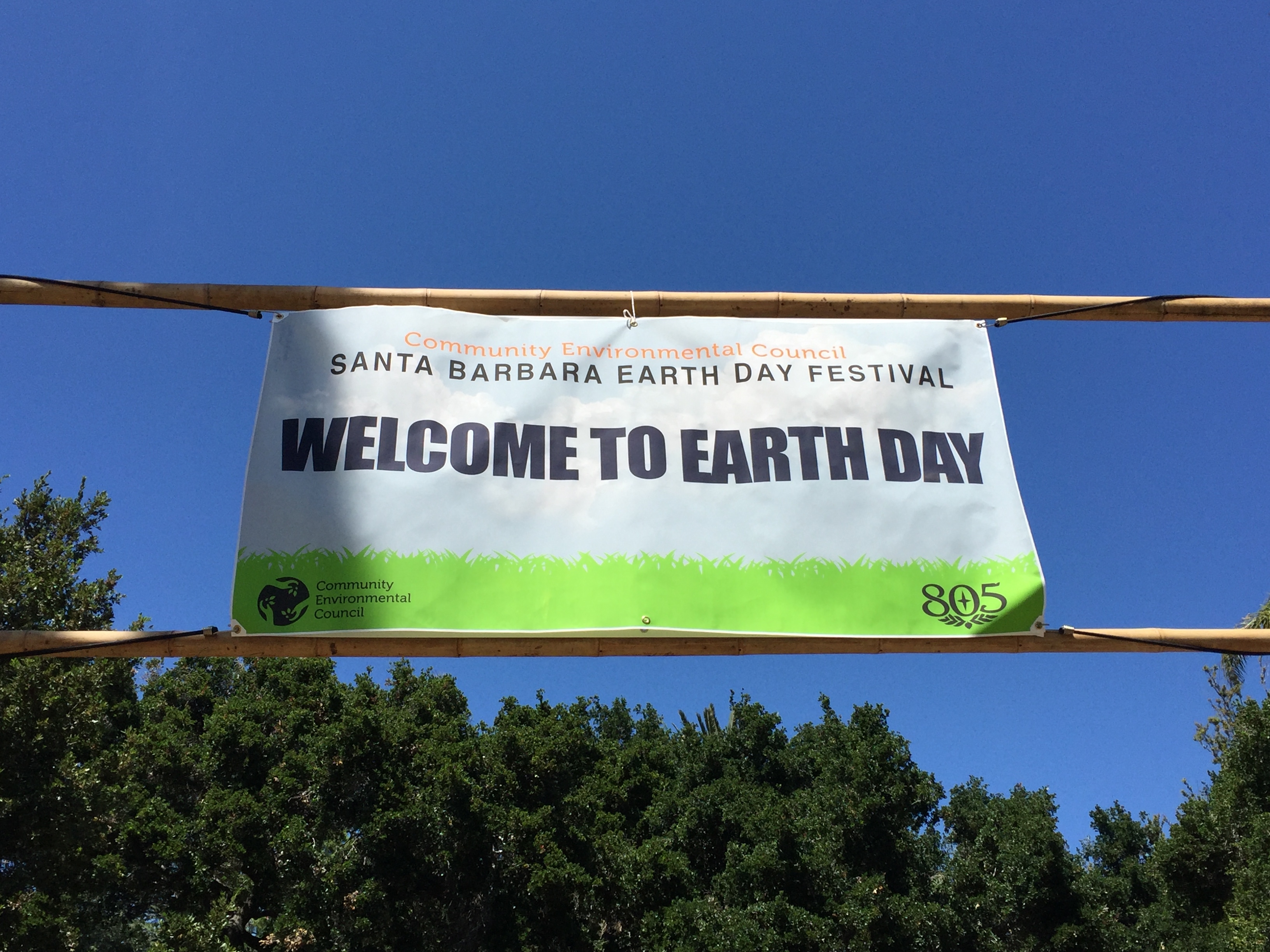 The annual Santa Barbara Earth Day Festival was held Saturday at Alameda Park. This year’s theme was “One World. One Climate.” This event, put on by the Santa Barbara Community Environmental Council, is held each year to help bring our community a greater understanding of how to lead sustainable and healthy lifestyles to help stop climate change. At the event, companies from all over Santa Barbara arrived in droves to spread the word about climate change and to showcase their eco-friendly products.

After spending a few hours walking amongst the different booths, biology got the best of me; suddenly, I was incredibly hungry. I ran to the festival map hoping to find a sign of sustenance when I saw in big, bold letters: FOOD FESTIVAL. I am normally down for food, but in this instance I was incredibly down if there was going to be a festival involved. I ran to the food festival with high hopes, which were met by a long line of food trucks.

My mouth watered as I took in the smells around me: sage, barbecue smoke and a general respect for our planet; these vendors knew what they were doing. With that said, I spent about 10 minutes trying to figure out where I would eat. Was I feeling Mexican food? Did I want to go Indian? I contemplated as my stomach continued to growl in pursuit of eco-friendly bites.

Finally, I found it. Standing before me was the sight to end all sights: the bold and beautiful empanada stand. I rushed to the stand and reveled at the menu while the rest of the crowd patiently waiting in line gave me some massive side eye. 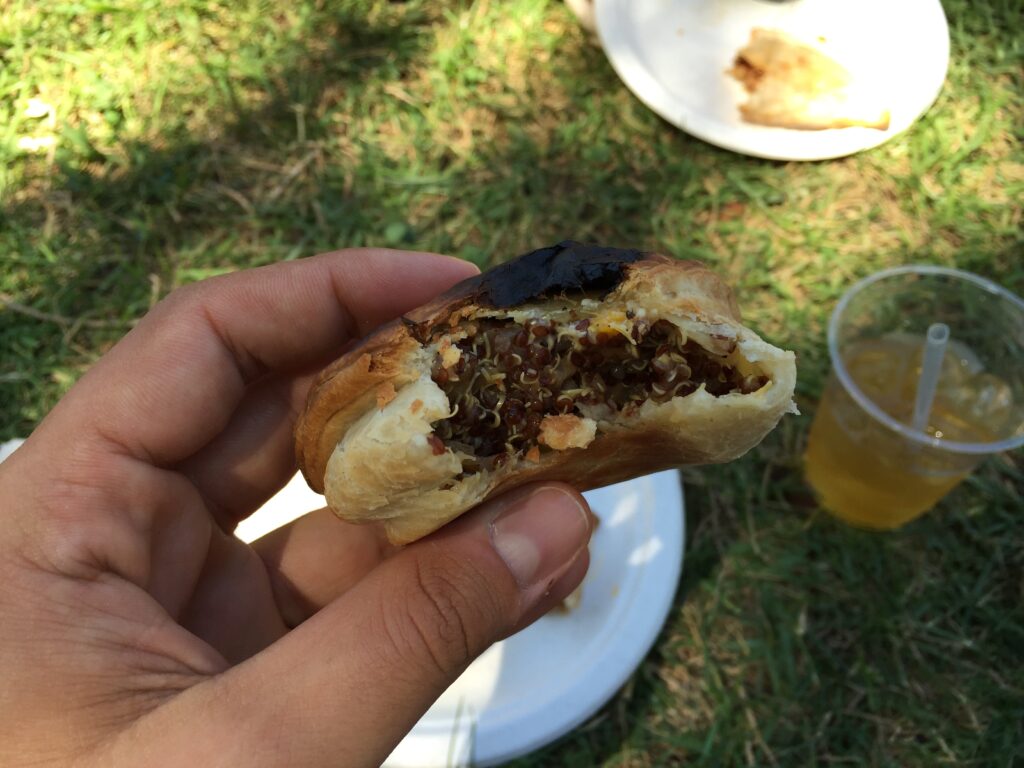 This stand belonged to Buena Onda, an Argentinian restaurant here in Santa Barbara. Their menu for this festival consisted of three types of empanada: carne, quinoa and caprese. Having had caprese a million times before my experience at the Buena Onda stand, I decided to give the carne (a familiar classic) and the quinoa (completely new to me) a shot.

After a few minutes of waiting in line, I made my order to the friendly cashier and was given what felt like a plate of gold. Two round, baked pockets of deliciousness sat on my plate along with a side of chimichurri. I grabbed my iced mate and was ready to dive in. Since I was more familiar with the carne variety, this was the empanada I tried first. It was filled with steamy, (grass-fed) beefy, bell-peppery, olivey goodness. The crust flaked perfectly. I was instantly transported to the Argentinian kitchen of an old friend’s mother.

Once I was done, I decided to give the more unique empanada a shot. I took a bite and was left a bit confused. It definitely had quinoa, which made the entire empanada a bit too soft for my liking. The saving grace was the goat cheese, which added to the interesting and unfamiliar texture but ultimately provided the tangy flavor that would have been lost had it not been in the pocket. I put some chimichurri on it and it was much better. If you ever need to zest up a savory meal, I would highly recommend this pesto-like sauce.

My experience with Buena Onda’s empanadas was great to say the least. Though I only ate two, it was enough to fill me up and keep me going until I decided to leave the festival about an hour later. I would definitely recommend going to their location on Haley Street for some of their scrumptious South American, organic, savory pastries. They are as delectable as they are sustainable.