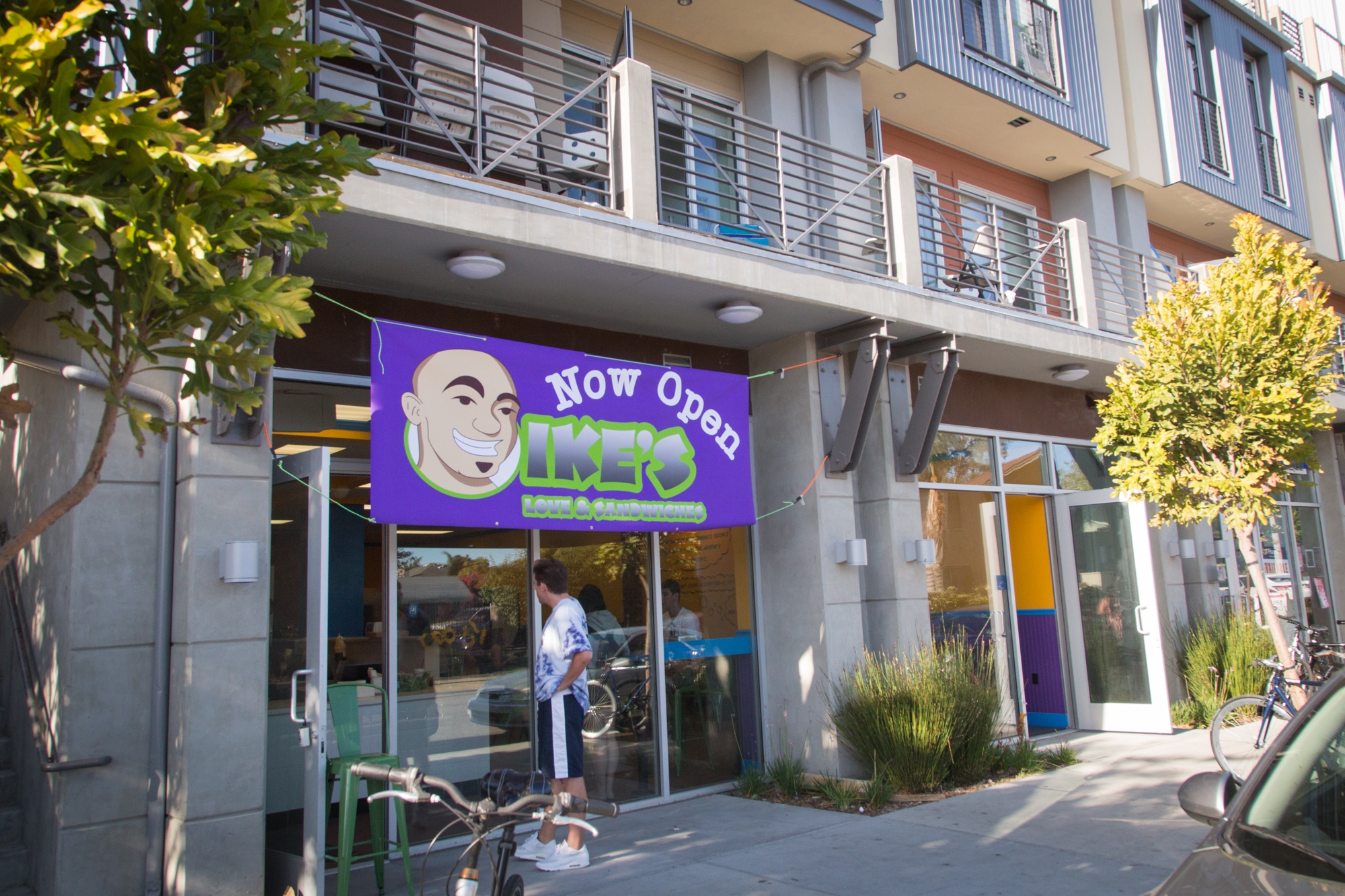 Ike’s Love and Sandwiches is hoping to capitalize on a location that has seen several restaurants fail in recent months. Dustin Harris / Daily Nexus

A new sandwich shop, Ike’s Love and Sandwiches — also known as Ike’s Place — opened in Isla Vista Saturday, hoping to capitalize on a location where other restaurants have failed.

Ike Shehadeh, founder and owner of the restaurant chain, was at the I.V. location Saturday taking selfies with students and presenting sandwiches to customers.

The I.V. shop is Ike’s 25th location, adding to 21 stores in California and three in Arizona. Shehadeh said he had been trying to open a store in I.V. for two years before everything came together in September 2015.

Shehadeh looked at locations including the corner of Pardall Road and Embarcadero Del Mar, where Jimmy John’s sold sandwiches before shutting down earlier in April. 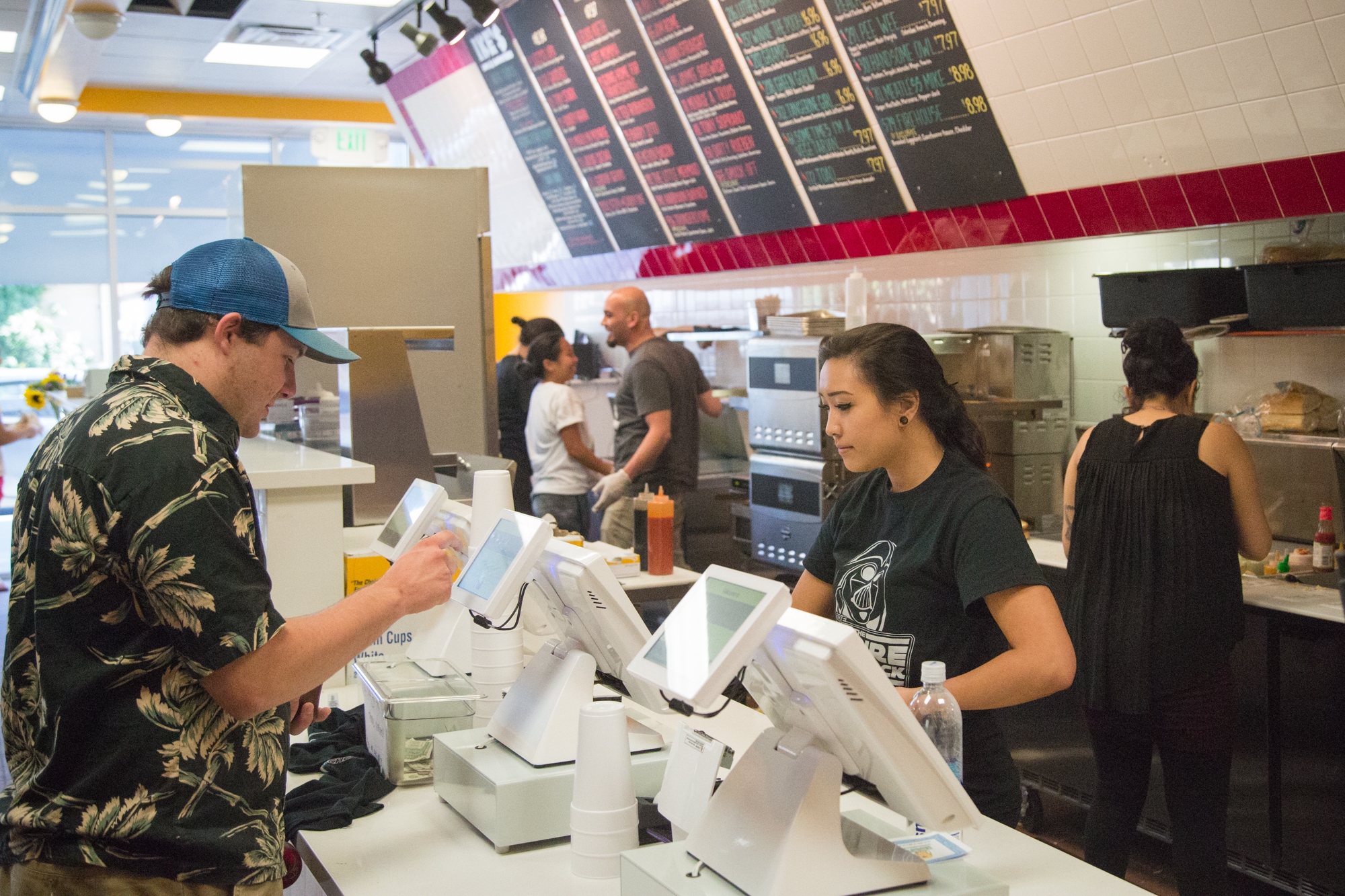 Several other restaurants in I.V. have shut down recently, including two in the area of the new Ike’s. The location, 6530 Seville Road, used to house Firehouse Subs, which closed in 2014, and Shave It, an ice cream shop adjacent to Ike’s, also closed this year.

Shehadeh dismissed the idea of I.V. being a difficult location for new businesses, saying friendly service was the key to maintaining a strong customer base.

“We’ve taken locations that historically have not been good for other people and we’ve made them work, and I think it’s because — I know it’s because — of the whole entire package,” Shehadeh said. “The food is good and we really care about you.”

“During summer, if it’s slow season, the population shrinks here, but the people that are still left still want to eat at Ike’s,” he said.

Shehadeh said he hopes to open another restaurant in the space next door, left vacant by Shave It. 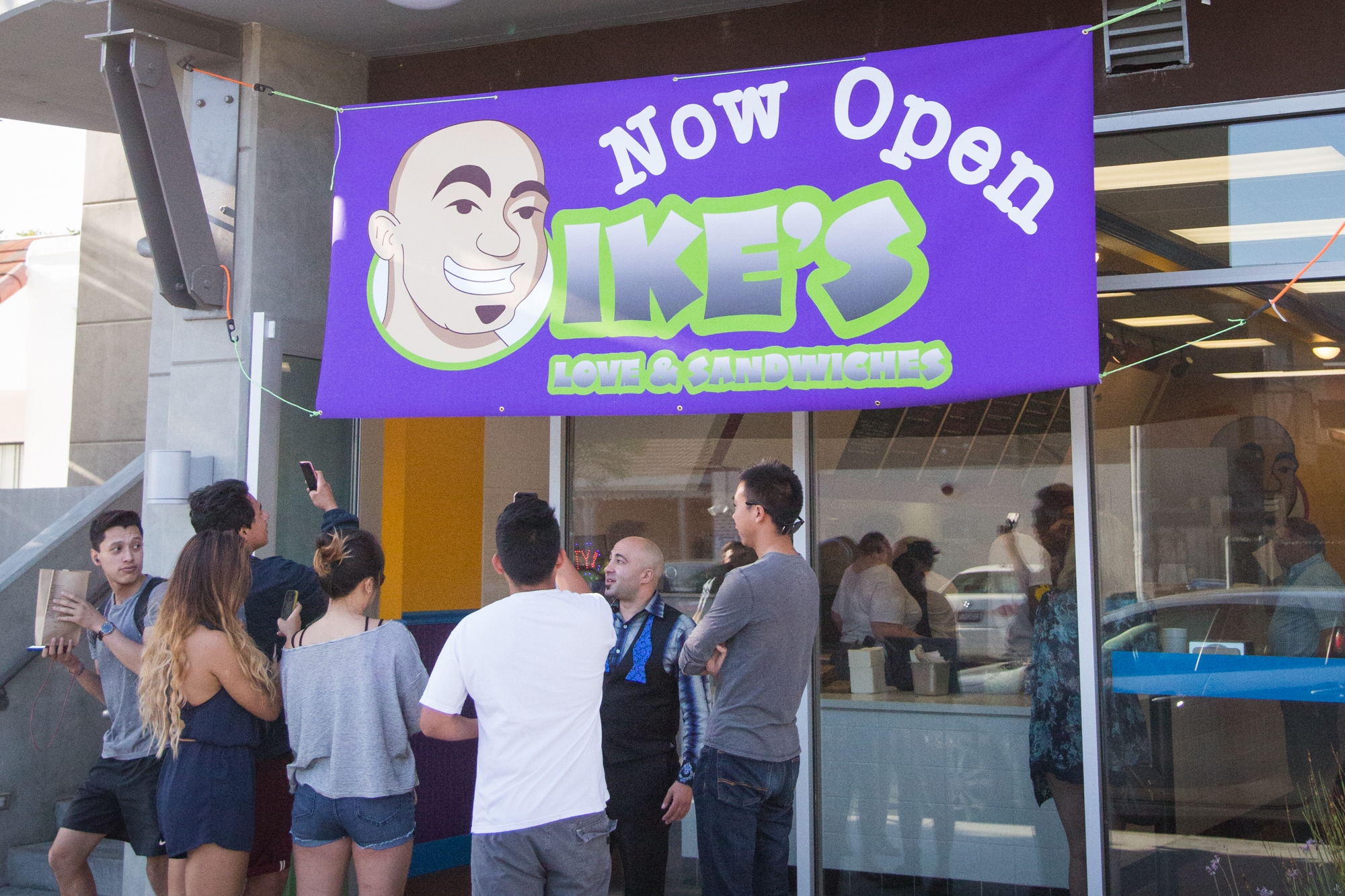 “Hopefully we’re going to try and put something into [the previous Shave It location],” Shehadeh said. “I’ve got a couple other restaurant concepts that I do that I might put in there.”

Shehadeh said he has been making sandwiches for himself since he was five years old, but really began experimenting with food while attending UC Davis.

“I was away at college, it’s the first time on my own and the first time having to buy every meal or cook every meal — my mom wasn’t cooking for me any more — so a lot of that was trying to mix spices with sauces or make sauces,” Shehadeh said, recalling a time he tried to make Clam Chowder from scratch.

Frequently, Shehadeh would turn his leftovers into sandwiches so that he could eat in class without needing to bring a fork and spoon. 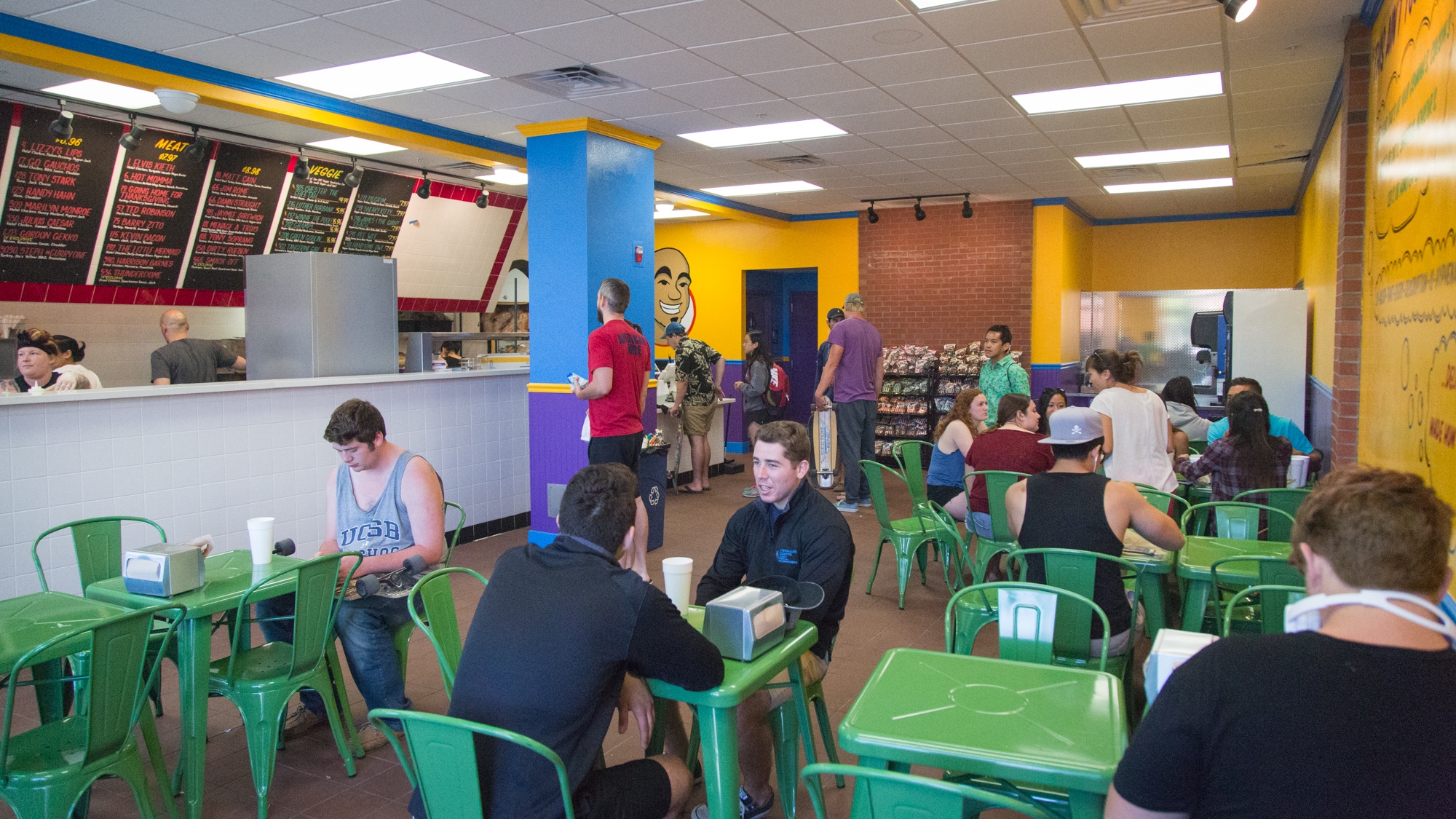 According to a profile in the New York Times, Shehadeh was struggling in 2004, living in a “warehouse without any power” and was soon “evicted from those meager premises and homeless.”

Sitting outside of the new I.V. store Saturday, Shehadeh said he asked many of his friends for money to open his first sandwich shop but “they all said no, no, no,” so he turned to his mother for help.

In a cramped 400 square feet building in San Francisco, Shehadeh opened the first Ike’s in 2007 with a loan from his mother, whom he would call to run the register when the store got busy. “It was kind of a hustle from the beginning,” he said.

“The day I opened up, I didn’t sell a single sandwich, and today we definitely sold a lot of sandwiches,” Shehadeh said of the I.V. store. “So, a big improvement from day one.”

Shehadeh thinks that great service is key to success but JJ subs and firehouse in IV had the best customer service I’ve seen in my life. In contrast Freebirds in IV has some of the worst and is very successful. I honestly am not sure the key to winning the IV food market is but late hours, free WIFI, and a central location are my best guesses.