After getting swept in last weekend’s three game series against UC Riverside, the UCSB softball team will look to make improvements in this weekend’s match-up against CSU Northridge. 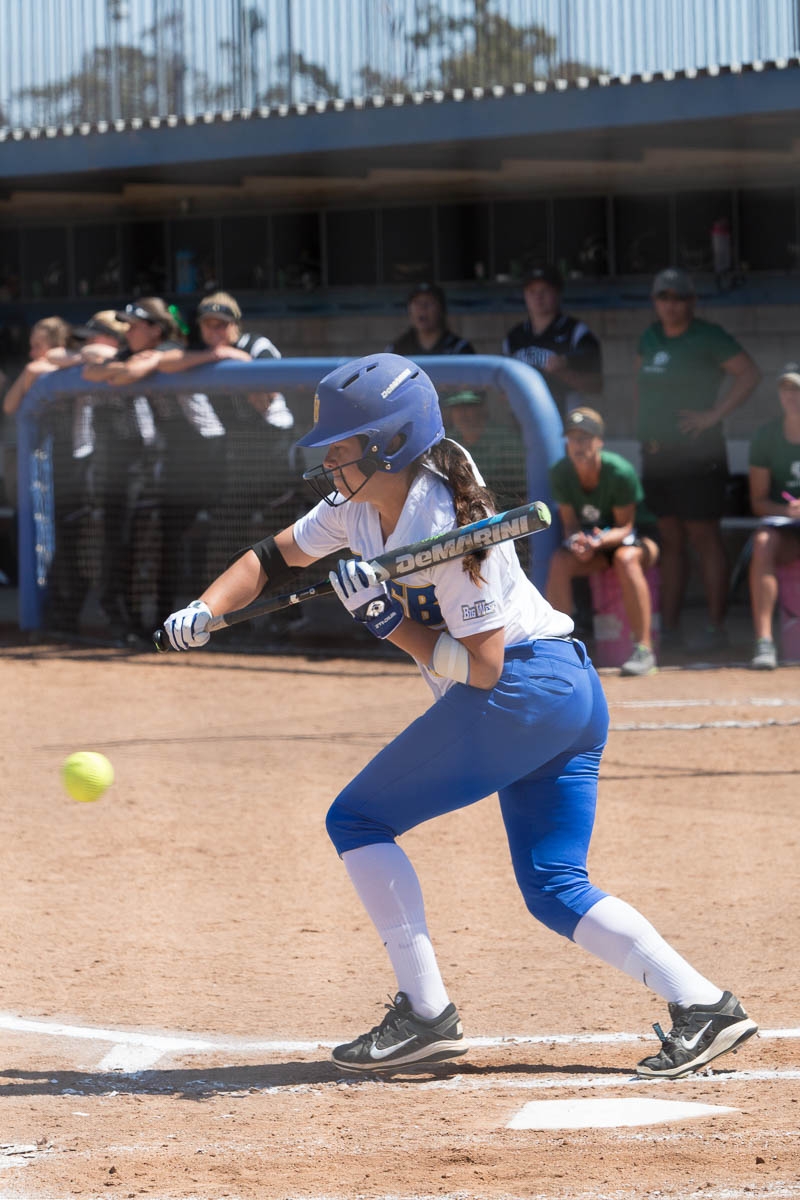 The Gauchos head into the weekend with an even record of 20-20 overall, while the Matadors come in with a 23-17 overall record. Both teams are tied with a 3-3 record in conference play.

“The weekend was tough with two walk off losses but the goal for the rest of the year is the same: execute and win, and be in it at the end. Our season wasn’t decided this past weekend,” says Head Coach Brie Galicinao.

With this mentality, the Gauchos will be prepared to face CSUN. The Matadors have  two players in particular who stand out amongst the rest, and will be the biggest threats to the Gaucho pitching staff.

Horvath also brings impressive stats to the plate. Holding the team’s second best batting average of .310, Horvath leads the team with 8 home runs, 37 runs scored, 10 doubles and 16 stolen bases. Harvath also has 40 hits on the season. The Matador pitching staff is led by junior starter Daphne Pofek who is 10-4 on the season. Pofek has pitched 86.2 innings with 56 strikeouts.

The Gauchos have a hitting attack of their own led by junior outfielder Kristen Clark, senior infielder Arianna Palomares, freshman first baseman Sierra Altmeyer and junior infielder Emily Brucelas. Aside from these standouts players, UCSB has had key contributions from several players.

Sophomore outfielder Jessica Johnston has been solid all year long as she is currently second on the team with a .341 batting average, 26 RBI’s, 4 stolen bases and a .480 slugging percentage.  She leads the team with 3 triples and has scored 21 runs this year.

Infielder Melanie Menor also plays a strong role on this team. The freshman has a batting average of .315, and has tallied 14 RBIs, 34 hits and one stolen base.

Junior outfielder Jacqueline Hinojosa is another starter on the Gaucho team who has a .327 average with 32 hits,10 RBI’s and 2 stolen bases.

The Gaucho pitching staff continues to be led by standout starters Ashley Ludlow and Veronika Gulvin.  Ludlow has 17 starts in her senior year and carries a 2.44 ERA.  She has collected 7 wins this year with 119 strikeouts in 120.1 innings pitched.  Freshman Gulvin has 15 starts this year with 6 wins and a 3.73 ERA.

“There are 15 games left and we are tied with four other teams in the conference at 3-3. So it’s all about competing away this weekend,” says Galicinao.

A version of this article appeared on page 19 of April 14, 2016’s print edition of the Daily Nexus.