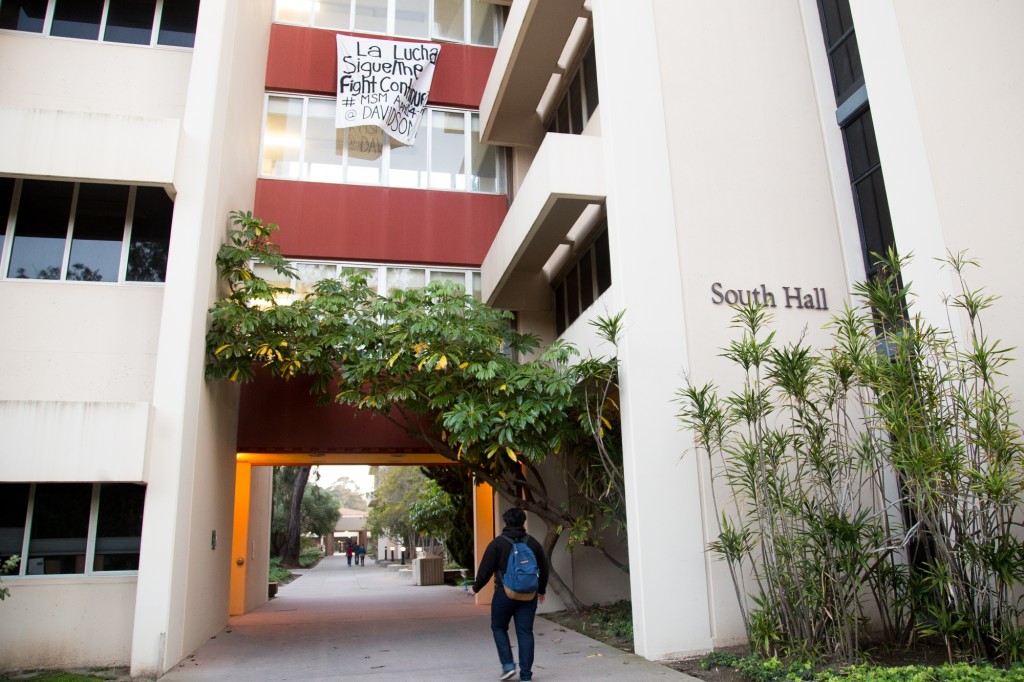 Organizers of UC Santa Barbara’s second Million Student March expect a large turnout Thursday, when they plan to march across campus and show support for four demands, including a $15 minimum wage for all campus workers and free tuition at public colleges and universities.

This year’s march will respond directly to controversial chalk writings on campus in the last two weeks that have shown support for Donald Trump and disparaged immigrants and Muslims.

“At various locations along the path where chalkings were more specific, we will stop in order to have a speaker from those communities address the crowd, and march participants will write positive messages on chalk walls,” the organizers said in a statement.

The group had three demands in their November 2015 march at UCSB, which attracted more than 1,000 students. These demands were tuition-free public college and universities, cancellation of all student debt and a $15 per hour minimum wage for campus workers.

This year, the group is also demanding divestment from private prisons. The University of California divested $25 million from private prisons in December 2015 after pressure from the Afrikan Black Coalition, which represents black students at colleges and universities throughout California. 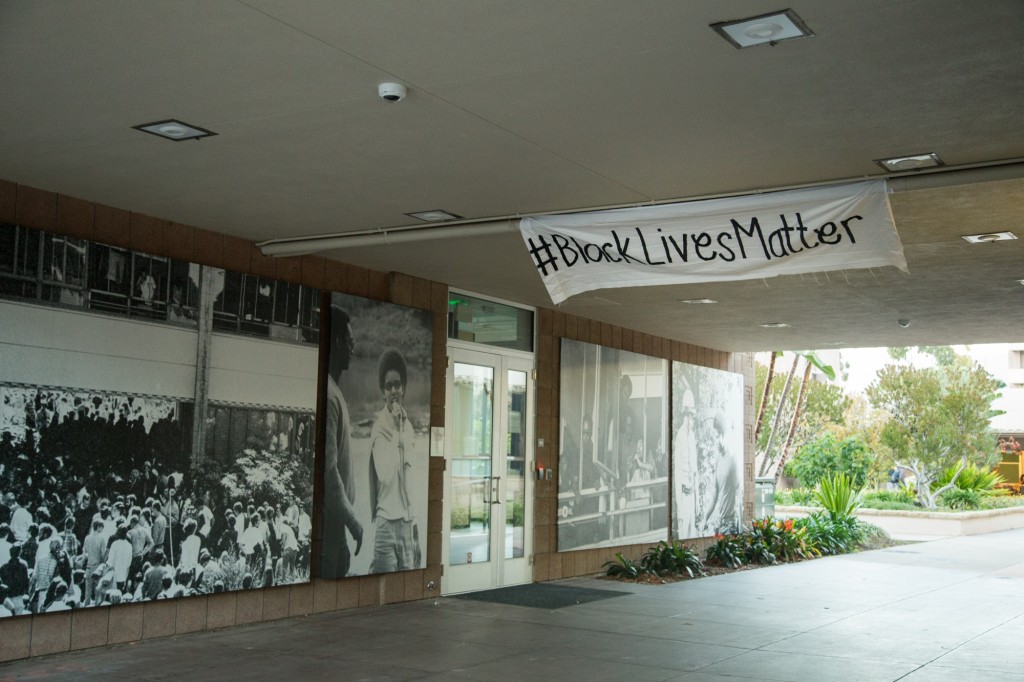 Students will assemble at UCSB Library at noon and march to the Student Resource Building near Pardall Tunnel.

Phrases written in chalk in front of the SRB last week included “Obama is a Muslim,” “1 out of 4 women are not raped” and, under the Asian Resource Center, “currency is devalued.”

At an Associated Students Senate meeting Wednesday, Joseline Garcia, student advocate general and a third-year global studies and art double major, said the march would help students who felt “attacked” and that these students could “uplift themselves.”

“We’re not addressing political ideologies,” Garcia said. “A lot of students felt in negative ways about the campus climate we have. As student leaders, we should be there with them.”

A version of this story appeared on p. 5 of the Thursday, April 14, 2016 print edition of the Daily Nexus.

As a taxpayer, I feel the rule should be that when the students force a divestment, the taxpayers to not have to make up any monies lost due to the crybaby students actions.

No one wants the cash-strapped public to pick up the tab for anything. We want to re-evaluate where the government is already spending our money, such as military and prison industrial complex. And no one in the million student march is even suggesting taxing the 1% or those making $250K+ a year, but taxing the %.01, the billionaires which avoid paying a large share of their taxes through illegal means.

Oh the poor felons. They never did anything to anyone.

$15/hr wage definitely! Because, that is all the Chicano studies, Black studies and liberal arts majors are ever going to earn.
Eric class of 1975

Nothing has turned me away from modern day “liberalism” more than this mob of screaming entitled babies demanding that all my friends who are growing up broke and working two jobs to make a better lives for themselves pay for their four year degrees at luxurious institutions in bubbles such as Isla Vista. And forbid that their hard work pays off and they end up managers, for those that have been spending their “educational” career in safe spaces, raves, and professional victim training sessions will surely find a new application for their hateful envy and declare “class warfare”. Come through… Read more »

Do the UCSB complainers have any idea how the real world looks at them?