The Daily Nexus
Science & Tech
Phenology Emphasizes Importance of Pollen
April 14, 2016 at 12:35 am by Emily Ohara

Susan Mazer, UCSB professor of ecology and evolution, explains that despite pollen’s small size, it is an essential part of the life cycle and genetic diversity of plants 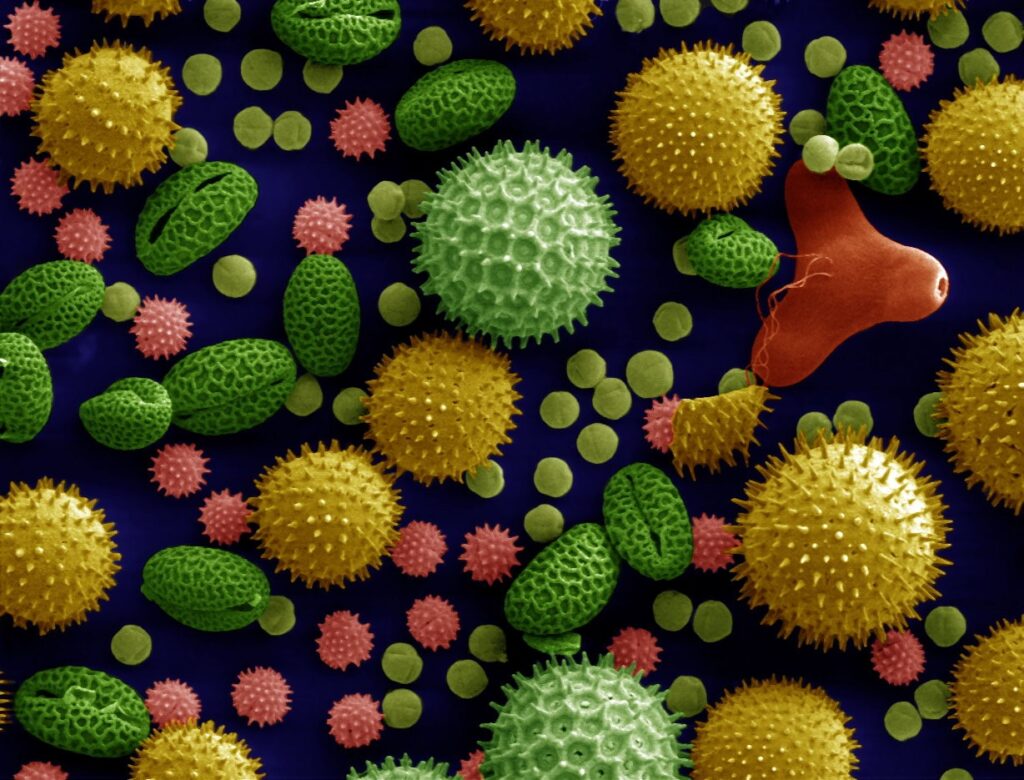 Mazer serves as the director of the California Phenology Project; phenology is the study of how seasonal changes in climate affect various life cycles. Photo courtesy of wikipedia.org

As students balance classes, work and a social life, they often forget the plants that play an important role in human lives.

Susan Mazer, professor of ecology and evolution at UCSB, conducts research on many botanical topics, several of which have immediate and significant implications on humans’ everyday lives. Mazer’s research regarding the ecology and evolution of the male gametophytes, or pollen, of terrestrial plants was featured in a special issue of the American Journal of Botany.

According to Mazer, the lack of research on pollen fitness in comparison to their sporophyte counterpart is attributed to what is most easily recognized by people.

Mazer said pollen is harder to detect because it is “relatively inconspicuous and has a very short lifespan.” In addition, as it is carried from different flowers by insects, wind, birds and mammals, it is difficult to find in a concentrated location.

“It is deposited on a stigma or cone scale, it germinates, it produces the sperm-containing pollen tube that delivers the sperm to the ovule where it fertilizes the egg, and that’s the end of its lifespan,” Mazer said.

Although pollen is not easily visible to the naked eye, this does not make it unimportant or lacking in diversity; in reality, there is a great deal of variation in the appearance and behavior of pollen among species.

Pollen differs in size, sculpture, structure of its external walls, the pollinators that collect and transfer it to other plants, germination rates and how fast their pollen tube grows. Mazer is interested in pollen from an evolutionary standpoint.

Pollen is a haploid, meaning it only has one set of chromosomes instead of two. In diploid organisms, including humans, if there is a disease-causing mutation in one chromosome, the other healthy chromosome will often be dominant, thus repressing the disease. Given that pollen is haploid, if there was a mutation in a gene, there is no “backup” gene in another chromosome to fall back on, Mazer said.

“A gene at a given locus that gives the pollen a disease or causes poor performance is going to get purged by natural selection very quickly because it cannot hide, and that makes pollen populations vulnerable to very rapid evolutionary change by natural selection,” Mazer said.

“Most of the crops that we eat have been bred for optimal seed performance, but much less attention has gone into breeding plants for the quality of their pollen,” Mazer said. “One reason why crops sometimes fail is because they didn’t receive enough pollen or good enough pollen for optimum fruit and seed production, so understanding the genetic and ecological factors that promote high pollen quality is as important for agricultural development as understanding what propagates strong and healthy seeds.”

In addition to her work on pollen performance, Mazer is also the director of the California Phenology Project. Launched in 2010, it aims to provide long-term phenological monitoring and public education activities in California.

The project focuses on creating research topics that engage both scientists and the general public as citizen scientists in the collection of phenological data. The California Phenology Project is the first statewide program designed to study the same species across a broad geographic range where plant growth is limited by both water availability and temperature fluctuations.

“The growing season in California is determined by when winter warms up into spring, but also by how much rain falls, because by the time April, May and June arrive, plants are no longer limited by cold, but by the moisture remaining in the soil,” Mazer said.

“Before the creation of the California Phenology Project, no research group in California had studied the effects of climatic variation in both temperature and precipitation to see how they affect the timing of bud break, flowering and fruiting,” Mazer said.

The implications of pollen research on everyday life are related to agriculture and crop health. Without pollen, plants cannot reproduce, and all the factors that affect pollen quality and health are important to understand.

“Just as everyone appreciates that seed biology is important … the same [importance] applies to pollen, and yet much less attention is dedicated to trying to gain information and maximize pollen quality,” Mazer said.

A version of this story appeared on p. 6 of the Thursday, April 14, 2016 print edition of the Daily Nexus.