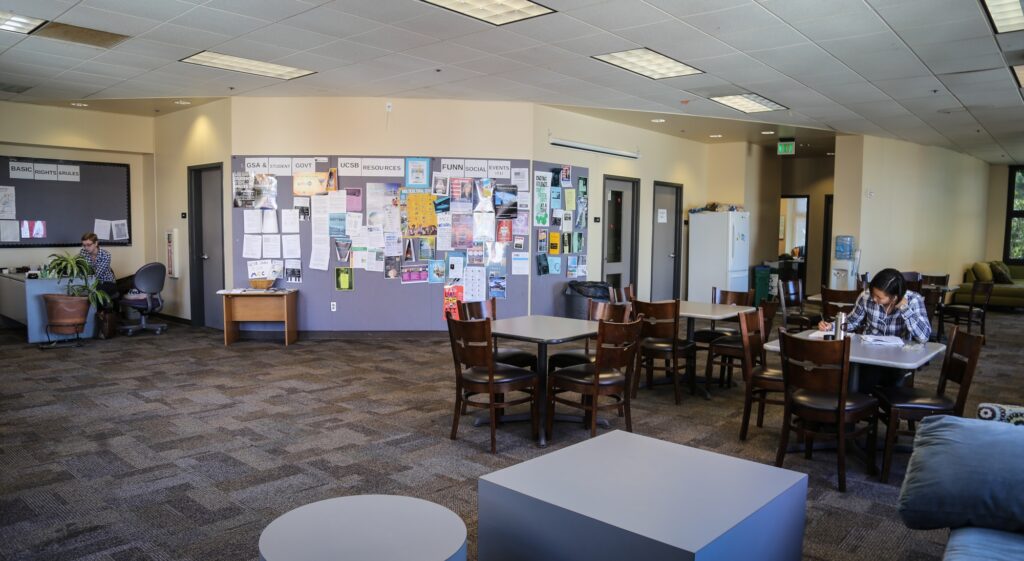 GSA aims to revise the current graduate student Bill of Rights at UCSB, which has not been updated since 1995. Graduate students hope it will protect them from “abusing power.” Jenny Luo / Daily Nexus

UCSB’s Graduate Student Association (GSA) is proposing a revised graduate student Bill of Rights for the first time since 1995 to protect graduate students from abuse and exploitation.

The GSA passed the newly drafted Bill of Rights in its General Assembly meeting on April 5. Representatives submitted the draft to the Academic Senate on Monday and hope to present before the Senate’s Graduate Council soon.

The Bill of Rights currently in action at UCSB was drafted and ratified in 1995. The University of California Student Association (UCSA) drafted a system-wide graduate student Bill of Rights in 2011 and UCSB’s GSA informally approved it soon after.

GSA Vice President of Student Affairs Kathy Swift initiated the revised Bill of Rights in December and said she expanded upon UCSA’s 2011 Bill to make the new Bill. The 2011 Bill is about 20 pages long, and the recently passed draft is about 21 pages long.

“I just basically beefed it up and expanded a couple parts that I thought were needing more support, more explanation,” Swift said.

“That’s a real touchy one,” Swift said. “That’s where we’re going to get into some negotiation.”

According to Swift, the need for a revised Bill of Rights comes from the “touchy and more sensitive relationship” between graduate students and the university. She said academic departments typically consider graduate students as low‐level associates rather than colleagues.

“We encounter situations where we’re exploited or we’re taken advantage of or we’re not respected,” Swift said. “That can really be destructive for our academic careers.”

Timothy Irvine, GSA vice president of committees, helped Swift draft the bill and said advisers have strong influence over a graduate student’s professional life through letters of recommendation, networking and aid in publishing.

Graduate students are “basically working under a group of like three to six people who have control over all of those things,” Irvine said. “So, if they decide to abuse their power, your ability to respond to that is extremely limited.”

Irvine said the university currently has a process in place by which graduate students can respond to abuse, but he said these efforts are “akin to Band‐Aids on bullet holes.”

Yanira Rivas Pineda, the GSA external vice president, said having a graduate student Bill of Rights is necessary to help graduate students who are in dysfunctional relationships with their advisors.

“As graduate students, we sacrifice our financial stability and basically put our life on hold for a few years,” Pineda said in an email. “The last thing we need is to have to navigate conflicts on our own with little to no support or guidance.”

Swift said the 1995 Bill of Rights in action across the university, drafted in 1995, offers basic protections to graduate students, but is incomplete.

“It is not comprehensive,” Swift said. “It doesn’t cover a lot of areas that graduate students need.”

Swift said she needs to consult with the Academic Senate and the Graduate Division, otherwise the newly revised graduate student Bill of Rights will not be enforced.

“[Graduate students] don’t have that much in the way of enforcement power at all, which is why it’s necessary for us to try to negotiate this with the Graduate Division and the Academic Senate,” Swift said. “They’re the ones that will make the enforcement.”

Swift said representatives of the Academic Senate and the Graduate Division have already begun to express skepticism toward the new draft in her meetings with them.

“This is going to cause problems,” Swift said.

A version of this story appeared on p. 3 of the Thursday, April 14, 2016 print edition of the Daily Nexus.