Former U.S. Army laboratory technician, U.S. Army Reserve Sergeant and third-year transfer student passes away at his Goleta home at the age of 30 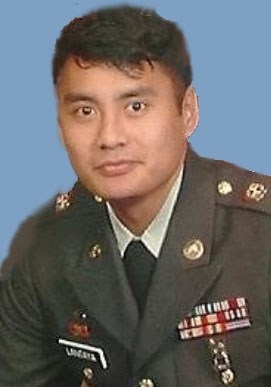 Third-year transfer student Jonah Matthew Lantaya passed away at his home in Goleta on March 31 due to unknown causes. He was 30 years old.

Prior to enrolling at UCSB in fall 2015, Lantaya served for 10 years as a medical laboratory technician in the U.S. Army and a sergeant in the U.S. Army Reserves. Lantaya later chose to attend UCSB and would spend several hours in the Veteran’s Resource Center, immersing himself in chemical engineering and building upon his interests in the science, technology, engineering and math (S.T.E.M.) fields.

Lantaya possessed an “incredible amount of intellectual energy,” according to Daniel Cha, fellow veteran and fourth-year mathematics major. “He’s more of a mathematician than an engineer,” Cha said, describing Lantaya, an individual who he said “genuinely had an interest in what we were studying.”

Lantaya’s presence was a constant for many of the veterans, and Cha said he brought a sense of “continuity” to the students’ lives.

“He brought a sense of continuity because he was always here,” Cha said. “There’s always people coming and going; it was a more permanent feeling.”

Lantaya’s friends described him as studious and intellectual, saying that he could be found in the resource center late into the night pouring over his course work.

“There was always, like, a ‘can we make him smile’ contest,” said Dex Teano, third-year English major. “He would have intellectual conversations even when he did take breaks, but it was great to see him feel so animated and alive when talking about these topics.”

Cha remembered the day when he and Lantaya became friends. Cha asked Lantaya if he was hungry while studying in the resource center. This question soon became a tradition of late-night Jack in the Box runs, creating a strong sense of trust between the two veterans.

“He had a very interesting sense of humor … There’s a very serious and strong undertone with the army and activism sometimes … Jonah enjoyed humor that strayed away from all of that,” Cha said.

Although Lantaya’s friends were upset to hear of his passing, they are “not mourning his death so much as we are celebrating his death,” Cha said.

Funeral services for Lantaya will take place on April 16 in his hometown of Oxnard. Details are available at the Veterans Resource Center in Building 434, room 133.

If you knew Jonah and would like to talk with someone about your loss, the UCSB administration urges you to seek out help and support from Counseling and Psychological Services (C.A.P.S.) by calling 805-893-4411 (available 24/7). Even if you didn’t know him, you might want to seek support — either way, C.A.P.S. would welcome your call.

A version of this story appeared on p. 7 of the Thursday, April 14, 2016 print edition of the Daily Nexus.

Correction: Due to an editing error, a previous version of this story said Latanya was a UCSB Alum. He was a student.