The No. 24 UCSB baseball team is currently in the midst of its first losing streak of the season which stands at two so far, however, it will look to turn it around as conference play begins this Friday when it takes on No. 16 Long Beach State. 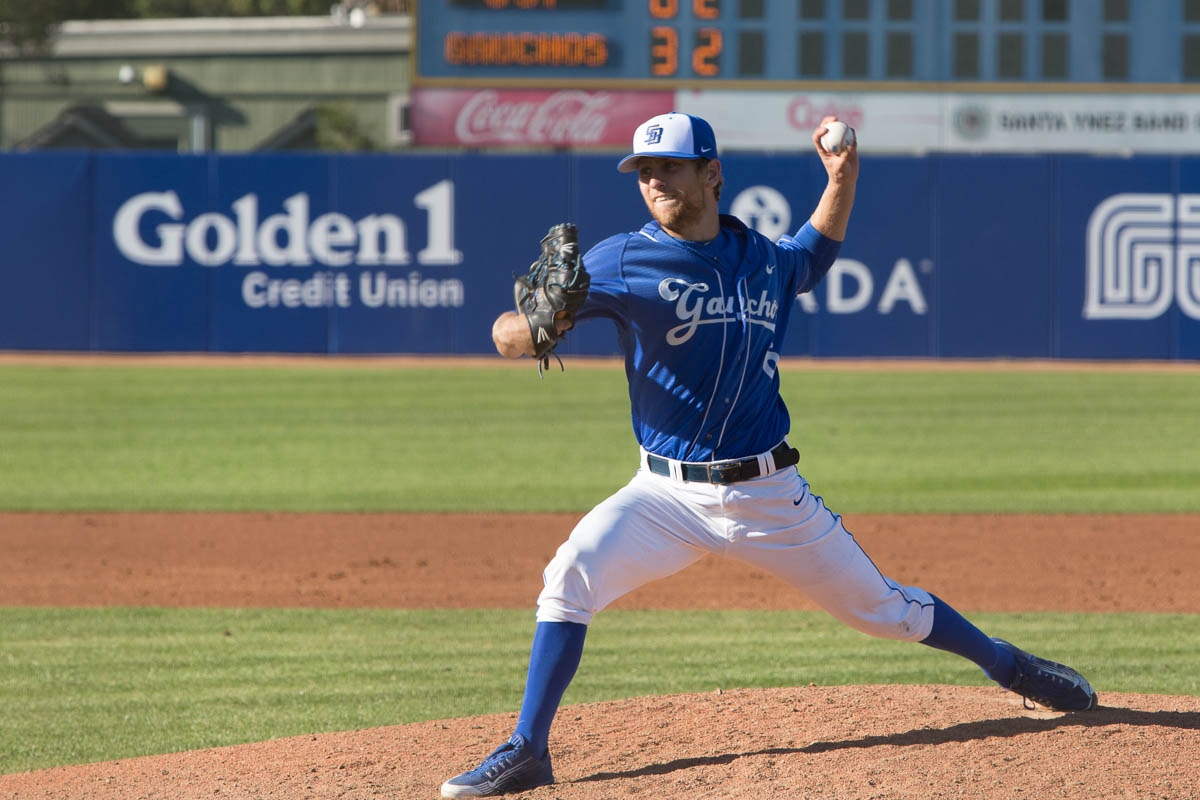 “We haven’t been playing well as of late and we know that.” Head Coach Andrew Checketts said. “We are still confident though, we know we can pick it up.”

The Gauchos travel to Long Beach currently boasting an 18-5 overall record, however they have lost their two games by four runs each. The Dirtbags host the three-game Big West series opener with an overall record of 16-8 winning 11 of their last 14 games.

This week Santa Barbara finally cracked the NCAA top 25, however, a 6-2 loss to Pepperdine on Tuesday showed a major flaw in the No. 24 team. It has yet to prove it can consistently win on the road as it is currently 2-4 away from home.

And this series will be exactly that; a tough road series. LBSU has beaten quality teams this season at home and currently holds an 11-5 home record. UCSB won two of the three game series last year, however, the games were close.

“They are a solid team and we remember them from last year.” Checketts said. “We have to be ready for them and I believe we will.”

The Dirtbags success could be attributed to their strong pitching. Currently they are third in the Big West in team ERA (2.92), third in hits allowed (177) and third in opposing batting average (.230).

Leading the pitching staff is sophomore Darren Mccaughen (4-0). The right hander ranks fourth in the Big West in ERA (1.62), second among starting pitchers, after allowing 10 runs in 39 innings pitched while also striking out 34 batters which ranks 10th in the Big West.

The sophomore is expected to get the start in Saturday’s game. Starting Friday’s game will be sophomore Chris Mathewson. The right hander has a 3.55 ERA which is not the best but his 40 is second best in the conference and best on his team.

Although it has had great success, LBSU cannot take UCSB and its strong hitters lightly. Currently it ranks first in the Big West in slugging percentage (.411), on-base percentage (.398), runs scored (154, RBI (132), and second in batting average (.281).

One quality that makes Santa Barbara a truly dangerous team is the fact that at any time any of the nine hitters in the line-up can have a career game or series.

The same was true for redshirt sophomore Josh Adams who was named Big West Field Player of the Week. Adams received POTW honors after a great week in which he batted 5-12 (.417), six RBI, and one home run. He currently leads the team in home runs with four.

Other notable gaucho hitters are redshirt junior Andrew Calica who leads the team in on-base percentage (.504), sophomore catcher Dempsey Grover who has the best batting average (.410) and redshirt sophomore Austin Bush who has the best OPS (.927) on the team.

Pitching for the Gauchos this weekend will start with junior Shane Bieber on Friday, freshman Noah Davis on Saturday and redshirt sophomore Joe Record on Sunday. The three pitchers have combined for a 9-3 overall record as the regular weekend pitchers.

Bieber will look to start the team off the right way on Friday’s game and continue his solid season. In his four wins he has put up a 1.64 ERA and has struck out an average of at least three batters.

UCSB has had a great non-conference season thus far posting the third best start in school history with its 18-5 record. However, the quest for a Big West championship starts now and that is a much bigger goal for this team.

“We want to compete at a very high level.” Coach Checketts said. “Our goal is to do great in conference and let our game speak for itself.”

UCSB begins Big West play Friday, April 1 against No. 16 Long Beach State at its home turf, Blair Field, at 6 p.m. Saturday and Sunday will be played at the same place but be held at 2 p.m. and 1 p.m. respectively.