Coming off its first series loss of the season after losing two of three to Oregon last weekend, the UCSB baseball team shifts its focus to another three-game series, this time against the University of Hartford. 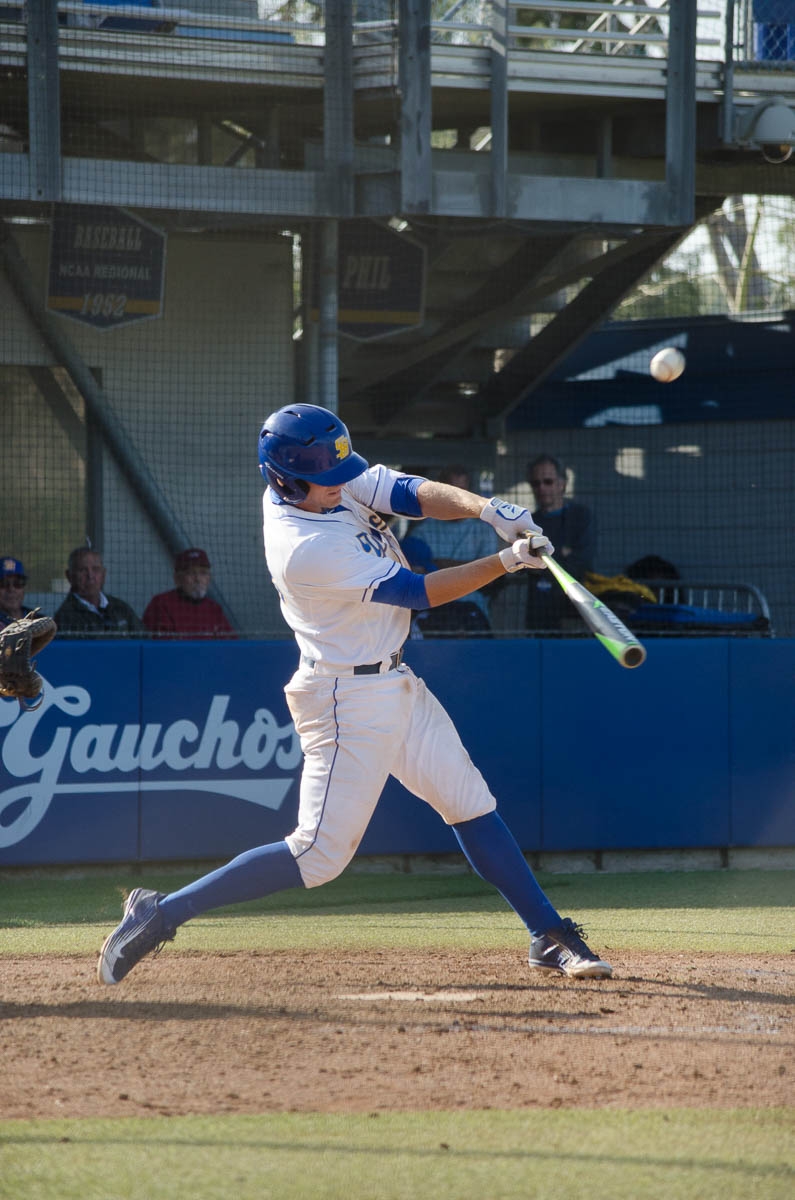 Hartford is off to one of the best starts in school history and this weekend marks the first time Hartford visits Santa Barbara since 1994.

UCSB is coming off a solid week after going 2-2 against top 25 teams. It upset No. 19 UCLA at home and managed to take one game away from Caesar Uyesaka stadium against No. 9 Oregon after an exciting 1-0 match that went 14 innings.

This weekend the Gauchos will hope to continue their dominance against non-conference opponents. Since 2014, they have gone 61-15-2 against those opponents outside the Big West.

Santa Barbara has also been dominant at home since 2014, posting a .803 winning percentage when playing at Caesar Uyesaka stadium.

On the offensive side, the Hawks are led by catcher Erik Ostberg. The sophomore leads the team in batting average (.429), hits (12), and is tied for the team lead in RBI (5).

Another solid sophomore for Hartford has been Ben Bengtson. The shortstop is second on the team in batting average (.412), first on the team in slugging percentage (.588), and also tied for first in RBI (5).

However, Hartford will look to continue its great mound play this season in order to beat UCSB in this series. The pitching staff ranks 59th in the country in ERA (3.19), 23rd in hits per inning (6.62) and 14th in win-loss percentage (0.83).

Its most dominant pitcher this season has been senior Kyle Gauthier. The right-handed pitcher currently boasts a 0.56 ERA which is tops on both his team and his conference. He will get the start on Friday.

The Gauchos will look to attack the Hawks tough pitching staff with their great offensive firepower. They rank 2nd in the Big West in batting average (.297), and on-base percentage (.410), while ranking first in runs scored (88), hits (121), and extra-base hits (26).

Another great hitter has been redshirt junior Andrew Calica. The center fielder has been a great leadoff hitter and is currently first on the team in on-base percentage (.557), third in hits (13) and fifth in batting average (.325).

Other great hitters include redshirt sophomore J.J Muno who is third in hits with 13 and senior third baseman Ryan Clark who is second on the team in hits (14), and third in batting average (.368).

Leading the pitching staff for the Gauchos on Friday’s opening match-up is junior Shane Bieber. The right-handed pitcher is currently 2-1 on the season but has struggled a bit posting a 5.40 ERA, 28th in the Big West.

However, he is helped by a solid bullpen led by left hander Kyle Nelson who has had an amazing start to the season. The sophomore has allowed only nine hits on the season and no earned runs in 16.1 innings pitched.

Dating back to last season, he has gone 43 1/3 consecutive innings without allowing an earned run, the longest active streak in the NCAA and a UCSB record. He is one of 26 pitchers that currently has a 0.00 ERA.

Santa Barbara has not lost a home series to a non-conference opponent since 2013 and hopes to keep it that way against Hartford, a team they have never dropped a series against in school history.

UCSB’s next series is Friday, March 11 against the University of Hartford at 2 p.m. at Caesar Uyesaka Stadium. Saturday’s game is at 2 p.m. as well while Sunday’s begins at 1 p.m.