The Daily Nexus
Tennis
UCSB’s Four-Match Home Stretch Kicks Off Versus Portland
March 10, 2016 at 5:00 am by Xavier Cardenas

Now who said it never rains in California? After last weekend’s Bay Area trip was cancelled due to rain, the Gauchos gear up to play the University of Portland at home. Now that clouds have subsided, the UCSB women’s tennis team will face off against the Pilots on Thursday for the first time in three years.

Santa Barbara is currently 5-5 on the season, but have been comfortable at home winning four of the seven home matches. 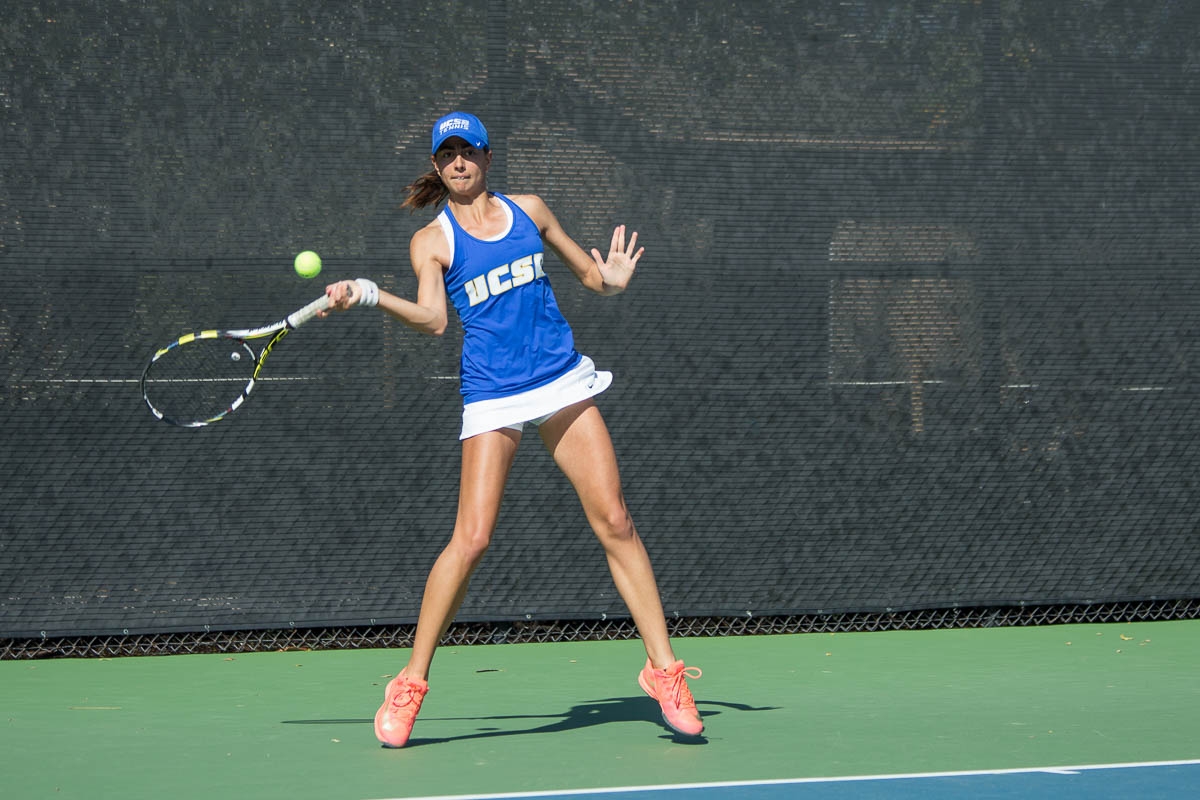 The Pilots on the other hand are 4-5 overall, riding out a three game win streak, however, they have played poorly on the road. They are 2-3 when visiting their opponents courts, but they have all been against nationally ranked teams.

Portland started its 2016 campaign slowly losing its first four matches to the likes of No. 16 Duke, No. 36 Florida State, No. 57 Washington, and No. 49 Boston College, all ending in one sided contests.

However, since then Portland has shown signs of improvement by winning four of its last five against tough opponents. They have beaten notable teams such as, No. 61 Brown and fellow Big West opponent UC Irvine by a score of 4-1.

Last time these two teams met, back in the 2012-2013 season, UCSB came out on top in a convincing fashion as they made quick work of the Pilots 6-1. It has been three years since then, and there is not a single gaucho that took part in those matches. Unlike Portland who has four returning players hoping to vindicate its losses.

“They have a stronger team now, they beat Boise State and Irvine, two teams we will have to face in the upcoming month,” said UCSB Head Coach Simon Thibodeau. “We are taking them very seriously, we will have to show up, and we haven’t played a match since Hawaii so it will be challenging, but we are ready”.

One of those Players is senior Maja Mladenovic. She has won her last three single’s match-ups but has not been able to find the right chemistry with any of her teammates. In doubles competition she is 0-9 this season in at least three different combinations.

Mladenovic’s fellow senior Lucia Butkovska has been leading her team in the wins category. Her production in the singles category is unmatched by any of her fellow pilots. She is six for two winning her last six singles matches. In doubles play she also leads the team in winning percentage, as she is .500 as a pair winning four out of eight matches.

UCSB has plenty of options in its arsenal as well. Aside from the dominant duo sophomore Palina Dubavets and junior Stefani Stojic that currently rank at No. 19 in doubles, the Gauchos have plenty of other stand outs like sophomores Lou Adler and Amanda Atanasson. As a doubles pair they are undoubtedly the second best combo for Santa Barbara as they have a 10-6 record in doubles winning their last two.

As individuals they both have been just as proficient. Adler has one of the best individual records on the team with twelve wins and seven losses in single’s competition winning here last three, and six of her last ten. She has demonstrated a presence on the team with her consistency in the the number two position as she is currently 4-1 at the two spot. Atanasson is 9-7 overall in singles and has won her last two matchups.

“They have good chemistry together. Different styles that compliment each other, friends on and off the court. Lou plays on the baseline, while Amanda likes to play by the net.” Coach Thibodeau explained. “I Would like them to step it up when they play at the two to get tougher wins there. And in singles they have been solid with winning records “

The Gauchos will have just a few more games left before they jump right back into Big West Conference match ups to end the 2016 season and they will need to utilize every game afforded to them to continue to improve and experiment, especially after missing out three games because of rain.

UCSB will begin play Thursday at Noon at the Rec Cen courts against Portland.