The Daily Nexus
Track and Field
UCSB Women Shine at All-UC Championships; Men Come Up Just Short in a Nailbiter
March 6, 2016 at 8:00 am by Duncan MacPhee 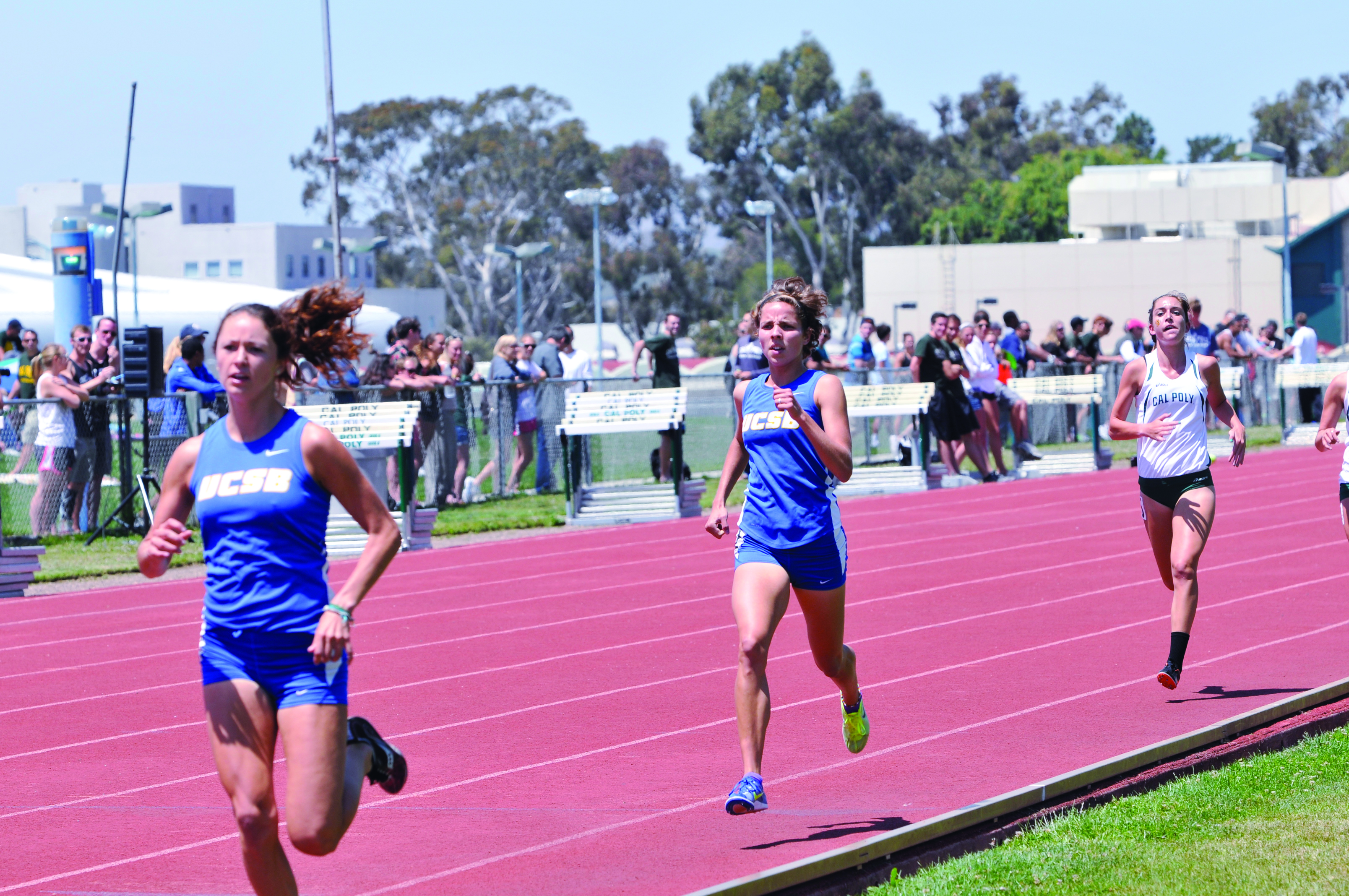 UCSB’s men’s team battled to the very end but ultimately was unable to defeat the host Tritons, who pulled away in the 4x400m relay to secure the victory. The final scores were UCSD 143, UCSB 141, UCI 83.5. The Gauchos were kept close in this one in part by a terrific day from junior George Baier, who pulled off a distance double.

Freshman Erika Foster also added her name to the All-Time list, taking the #6 spot with her performance in the 100m hurdles. She finished just behind Bender and made UCSB history with an impressive time of 14.41.

Gaucho senior Hallie Brauner took home the win in a tightly contested 400m hurdles with a time of 62.68, just outrunning a pair of UCSD women over the last 3om to finish on top.

UCSB took the top two spots in the women’s 400m, with Betsy Armitage finishing strong and surging to a come from behind victory. Her winning time was 56.95, and sophomore Shamara Carney came in second with a time of 57.24.

In the steeple, Gaucho senior Maxine Goyette dominated her sole competitor by over 30 seconds with a time of 10:53.92.

In the field, senior Melissa Rake picked up her 10th career win in the javelin with a throw of 147’10.

Senior Jessica Emde picked up her 18th career win in the high jump. She won with a jump of 5’8.75 before attempting jumps at the elusive 6’0 bar.

Freshman Jazmine Moss grabbed her second straight victory for the Gauchos in the triple jump, leaping a distance of 37’4.

In the hammer, UCSB junior Valerie Nestor took her place at #6 All-Time in school history with a throw of 171’2. This throw was good enough for third place in the event Saturday.

On the men’s side, even a stellar two-win performance from George Baier wasn’t enough for the Gauchos to overcome the Tritons. The UCSB junior first won the 3,000m steeplechase with a time of 9:18.16, and then turned right back around to win a sprint finish in the 800m with a time of 1:53.24.

The Santa Barbara men took the top two spots in the 1,500m, with senior Anthony Ortolan finishing in 3:57.12 and junior Andrew Verdin following in 3:58.91

UCSB senior Shyan Vaziri, who already holds the UCSB record in the 1,500m, showed some of his racing versatility on Saturday. This time he stepped up to run in the 3,000m, winning in 8:19.40 and moving into the #5 All-Time spot in school history.

Santa Barbara junior Myles McDonald was able to pull out an impressive win in the 400m hurdles in 53:33, just barely avoiding a hurdle shooting over from another competitor’s lane along the way.

Sophomore Parker Curry took home the Gaucho men’s only victory in the field on Saturday with a 15’7 jump in the pole vault.

The Gaucho women will look to build off the momentum earned this weekend, while the Gaucho men will attempt to rebound from a hard fought, tough loss as both teams head into an important Big West meet this Saturday, March 12. This meet will be a double dual against host UC Riverside and Cal Poly.