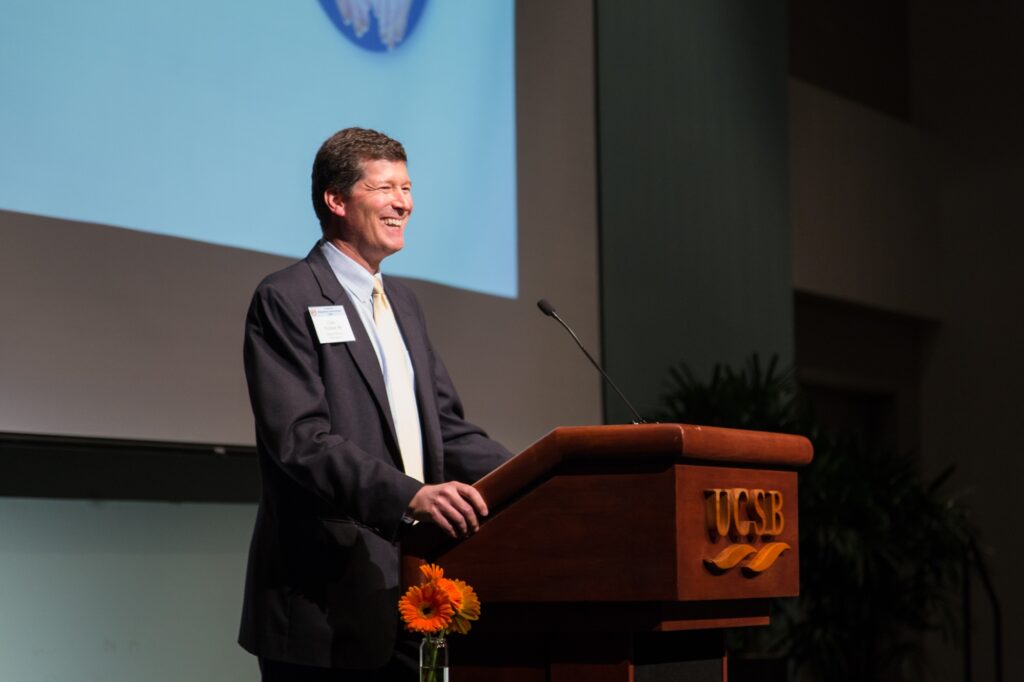 Chris Pizzinat, deputy director of UCSB’s Office of Development, said those who participate in charity work should be honored for the example they set.

“Philanthropy is not inherently ingrained in everyone, giving back is a largely learned value,” Pizzinat said. “It is emulated by those who feel an ownership of either an organization, a community or a cause. [These groups] are ones who teach these concepts to others through example. We are proud of what they are accomplishing and the impact of their work and we wish them much success.”

“We chose the winners with the help of our committee, looking through all the applications and had a sort of rubric to help guide the committee members in evaluating how worthy the applicants were of receiving a grant,” Frame said. “The applications go through several checks with our advisors, with the committee and we even involved the Office of Student Life to ensure every component is accounted for.”

Megan Jones, UCSB First co-chair and third-year communication and global studies double major, said UCSB First chose grant winners in part based on how they have expressed gratitude to donors in the past.

“An interesting part of our rubric is based on the involvement the organization will have with the donors who gave these grants and are sponsoring in honor of their work,” Jones said. “It was something we really took into consideration because philanthropy gratitude is something we really emphasize.”

Kelli Kaesberg, philanthropy chairperson of Kappa Kappa Gamma, said the sorority will most likely use the grant to plan a springtime philanthropy event for a charity that provides books for children in need.

“We just had our fall and winter philanthropy events and since they were so successful, I think we’d be able to pull off a springtime philanthropy event where most of the proceeds would go to Reading is Fundamental,” Kaesberg said.

“The money we were given tonight will go to helping us start the planning for next year’s Dance Marathon event, where it will be bigger and better than this year’s,” Padlipsky said. “And all the money we raise then will go to Cottage Children’s Hospital.”

Aimee Michelle, co-chair of Queer Art Collective and third-year CCS art and sociology double major, said she believes the organization was chosen for the grant due to its quickly growing presence on campus.

“I think they chose us because we just started this organization this year,” Michelle said. “We already put on a $19,000 event and we’re already working with a lot of other groups even if we just started.”

According to Xara Lopez, co-chair of Queer Art Collective, the money will be used to support queer students’ artistic expressions.

“The money is going to go to supporting a lot of our new ventures,” Lopez said. “We specifically want to have spaces for queer students who express themselves artistically, so one of the main blocks we had was art supplies and those things cost a lot of money.”

Caitie Mathias, president of Global Medical Brigades, said the organization will use its grant for medicine needed for its summer trip to Honduras.

“We’re going to use this money to pay for medications to go to Honduras in the summer,” Mathias said.  “Medications cost a lot of money and we see about 1,200 patients while we’re there and it’s kind of scary when we’re close to running out of medications, so every bit counts.”

Mathias said her organization “promotes self-sustainability” in the communities in which it works, which she believes is why it was chosen for a grant.

“At the end of our clinic we have a public health lesson for all the people in the community,” Mathias said. “Adults have their own public lesson about nutrition, family-planning, STDs and then we have a health lesson for the children and we teach them about brushing their teeth and other health things. We’re there to make lasting changes.”

Jennifer Linares, public relations manager for Love Your Melon, said the organization was surprised to receive a grant, being such a young organization.

“We’re just starting off on campus and not a lot of people know about us,” Linares said. “We just started here in November but we’re not an official organization on campus until Spring Quarter, so getting the award feels really great that they acknowledged out work.”

According to Fanzana Chapman, secretary for Love Your Melon, she believes the organization was selected because of the unique nature of its work providing hats for children with cancer.

“I think one of the reasons why is we don’t hear very often [of] clubs that are supporting child cancer awareness,” Chapman said. “We do hear things like breast cancer or cancer awareness but for Love Your Melon, this will be the first club establishment here at UCSB. I think it’s something where you hear it’s unique and something that is here for the first time.”