The Daily Nexus
Sports
Gauchos Ending Season at Hawaii, Possible No. 5 Seed at Stake
March 3, 2016 at 5:07 am by Sean White

The UCSB women’s basketball team will be on the road for its final game of the regular season tonight at Hawaii. Santa Barbara will look to upset the Rainbow Wahine on their senior night, who are currently in search of clinching the No. 2 seed in the Big West standings. 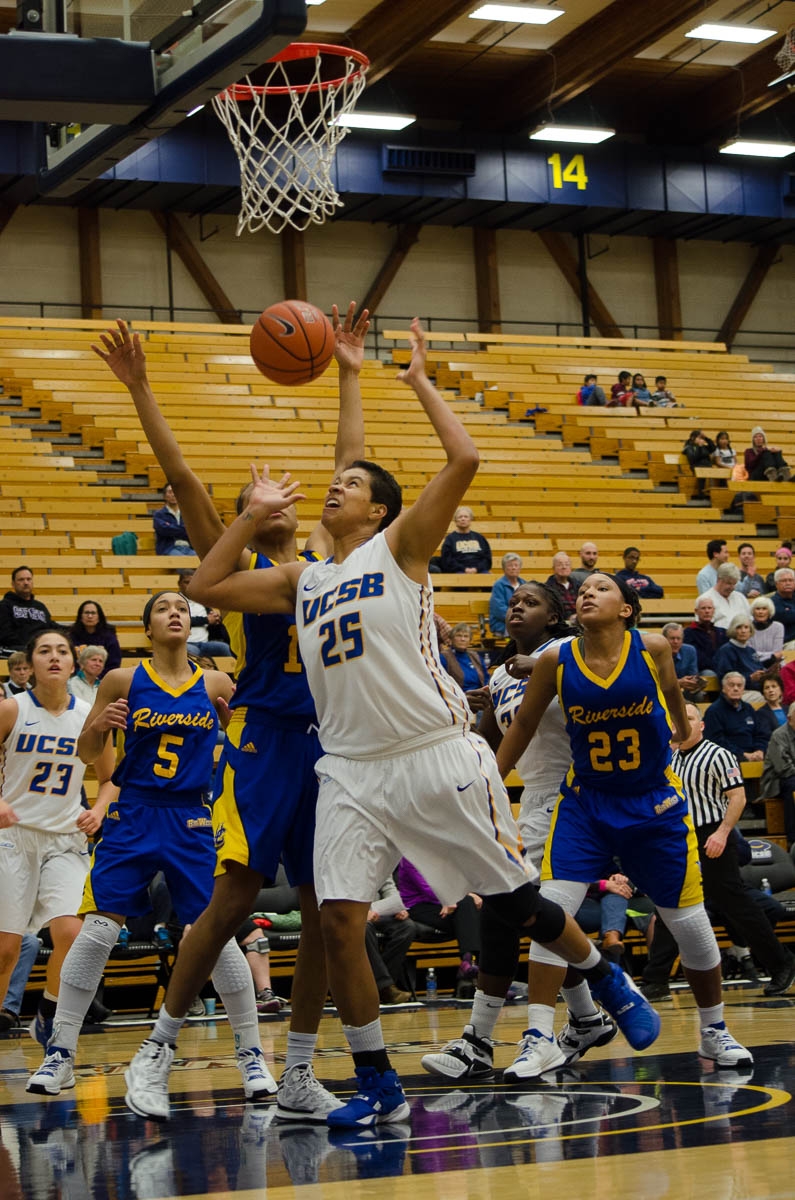 The two last faced each other on Feb. 6, which resulted in a heart wrenching 63-62 loss for UCSB after a game-winning three-pointer by Hawaii senior guard Ashleigh Karaitiana.

UCSB shot 8-30 from the field in the first half of its first meeting against the Rainbow Wahine despite concluding the game with a field goal percentage of 40 percent.

“We gave up offensive rebounds in transition, we don’t make a play on a ball and give up a three,” Head Coach Bonnie Henrickson said. “We were just really flat in the first half, then came out with tremendous energy in the second half. We have to be able to start a game and play with that type of energy and motor to be successful.”

Currently in fifth-place of the conference standings, the Gauchos enter tonight’s game with an 11-18 overall and 8-7 Big West record. Their current total of eight conference wins is the program’s most since the 2012-13 season, in which UCSB finished with 11.

After nearly handing conference undefeated UCR its first league loss over the weekend, Hawaii will attempt to improve its 17-10 overall, 10-4 conference record.

It’s a pivotal final two games for the Rainbow Wahine as they are currently tied with LBSU for the No. 2 seed in the Big West Conference Tournament.

While UCSB’s pursuit of the No. 4 seed has deterred in the past two weeks, the Gauchos will hope to lock down the fifth seed with a win tonight and a loss by Blue-Green rival Cal Poly, who will face Hawaii this Saturday.

But before Santa Barbara can look ahead to the postseason, its offense will hope to overcome its inefficient shooting start in its first matchup versus Hawaii.

It begins with the Gauchos’ pair of sharpshooters—sophomore guard Makala Roper and freshman guard Coco Miller. While they each managed to sink key three-pointers in the fourth quarter of the first game, more will be expected from the two tonight.

Roper ended the team’s first meeting versus Hawaii with six points on a 2-14 overall and 1-8 shooting performance while Miller went 2-9 from the field and 1-3 from beyond the arc for five points. As of recently, Roper has been plagued by turnovers, finishing with four or more in UCSB’s last four games.

Both will look to shake their latest shooting slumps as well as Miller has not scored in double-figures in the last three games, while Roper has done so just once during the same span of contests.

“We were really impatient and undisciplined about trying to drive it and get to the rim on the first side,” Henrickson said. “You have to make the defense move and switch sides, that’ll help both of those two. The fact that we were driving it downhill on the first side and not making the defense work that turned into bad shots and no offensive rebounds.”

Throughout the majority of this season, Coach Henrickson has reassured that the Gauchos’ defense is their best source of offense. UCSB’s testament to defense will be tested tonight as it will attempt to contain senior guard/forward Destiny King.

King leads the Rainbow Wahine as their only double-figure scorer averaging 10.6 points per game. She scored a game-high 17 points in the first meeting against UCSB, scoring 12 in the second half while finishing 9-12 from the free-throw line.

Yet, it is her versatility when not shooting the ball that makes her into such a vital component for Hawaii. She also leads the team in steals with 32, is tied for the team lead in assists with 64, and is second on the team and ninth in the Big West in rebounds per game with a 6.1 average.

“We have to match her effort and intensity on the glass and get her off the glass,” Henrickson said. “You can’t underestimate how hard she plays, you look at her free-throws, and she has 12. You’re getting to the free-throw line because you’re driving it, rebounding it, running in transition, and getting opportunities on the block. In all of those areas is where she got us.”

As Santa Barbara prepares to face the conference’s top rebounding team, which averages 41.8 per game, the post presence of junior center Je Zhe Newton will be important for the Gauchos at both ends of the court.

In 26 minutes of play in the first matchup versus the Rainbow Wahine, Newton tallied a double-double of 12 points and 13 rebounds. However, she has not scored over three points in five of the team’s last seven games despite grabbing 12 rebounds in the Gauchos’ 58-55 loss to LBSU.

“She brings size, there’s no doubt about that” Henrickson said. “She’s got to work to catch the ball and get position where she can receive the ball and finish. Certainly we have to find her; she’s got to protect the rim and defensively rebound.”