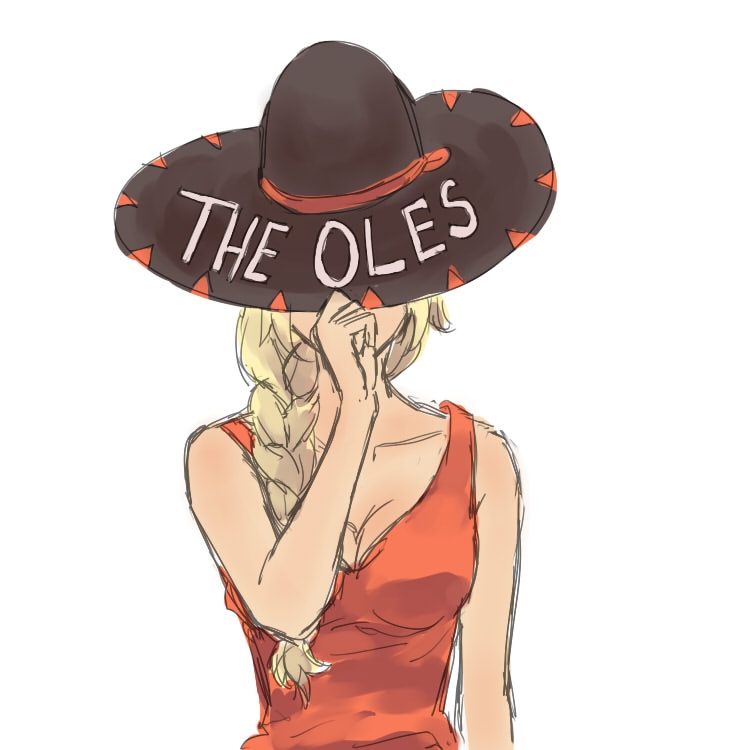 Finals season is fast approaching, and what better way to end a grim Winter Quarter than with an astounding show from Isla Vista’s very own The Olés. The recently graduated Olés have acquired their own enticing twist on reggae and hip hop supplemented with some classic rock. The combination is typically hard to pull off, but it proves to not be a great challenge for this band. The Olés are not only verified on Spotify, but they have an overwhelming amount of supporters across the state of California. Aside from their numerous fan base, their music speaks for itself in a very humble form of musical complexity. Their California roots run deep; it is apparent in their sound, and it is what gives them the edge that most bands seek: a mixture of soft vocals and electric melodies that no other band could match. This is what drove a number of I.V. natives to jump at the chance to see them in action.
After recently embarking on their Southern California tour, members Matt Tweed, Cole Leksan, Daniel Kearney, Eric Lordan, Nicholas Marks, Dominick Burham and Westin Byerly made their return to the town of I.V. and were welcomed back with open arms. A Facebook invite created for the event went out before the show, and its attendees totaled nearly 1,000 people for this long-awaited concert. The buzz surrounding the show via word of mouth was immense compared to the typical talk of an Isla Vista concert or party. It is not rare for people to just come across a band they had not been anticipating in Isla Vista, but for The Olés, there was little promotion that had to be done because all of their fans were doing it for them. In the days approaching the show, it was not uncommon to be asked, “Hey, are you seeing The Olés this weekend?” or, “Yes, I saw the Facebook invite; I am definitely going!” The closer it came to the day of the show, the more the anticipation increased to finally see the band that everyone and their mother could not stop talking about.
The show lineup included sets from Atomic Walrus, Zeek Beats & Caleto and, finally, The Olés. Sueno, and of course Isla Vista in its entirety, filled with the upbeat, radiant sounds of the band that we all came to see. Like any other Saturday night, you saw drunk people flinging their limbs in rhythms they hoped came off as dancing. Everyone was in sync with each other, and while their love for The Olés poured out of their hearts and lungs, the band reciprocated the feelings by giving their all to their performance. Whether it was the fact that the guys were incredibly in tune with each other or the fact that they were playing in the heart of the town they had a great amount of love for, it was one of the most emotional performances that an Isla Vistan could experience and the band would have the opportunity to play. Sober or not, there is no forgetting the union of the glowing lights with the gray smoke in the cold night that enhanced every chord and every vocal melody. Although nothing could beat seeing them where it all began, The Olés are stopping by Velvet Jones and a few other local venues, and it would be an understatement to say that they are worth checking out. Do yourself a favor and catch them while you can.