The No. 46 UCSB men’s tennis team will host two matches this weekend with Sacramento State and the University of San Francisco at the Rec Cen Courts. This will be just the second weekend at home for the Gauchos. 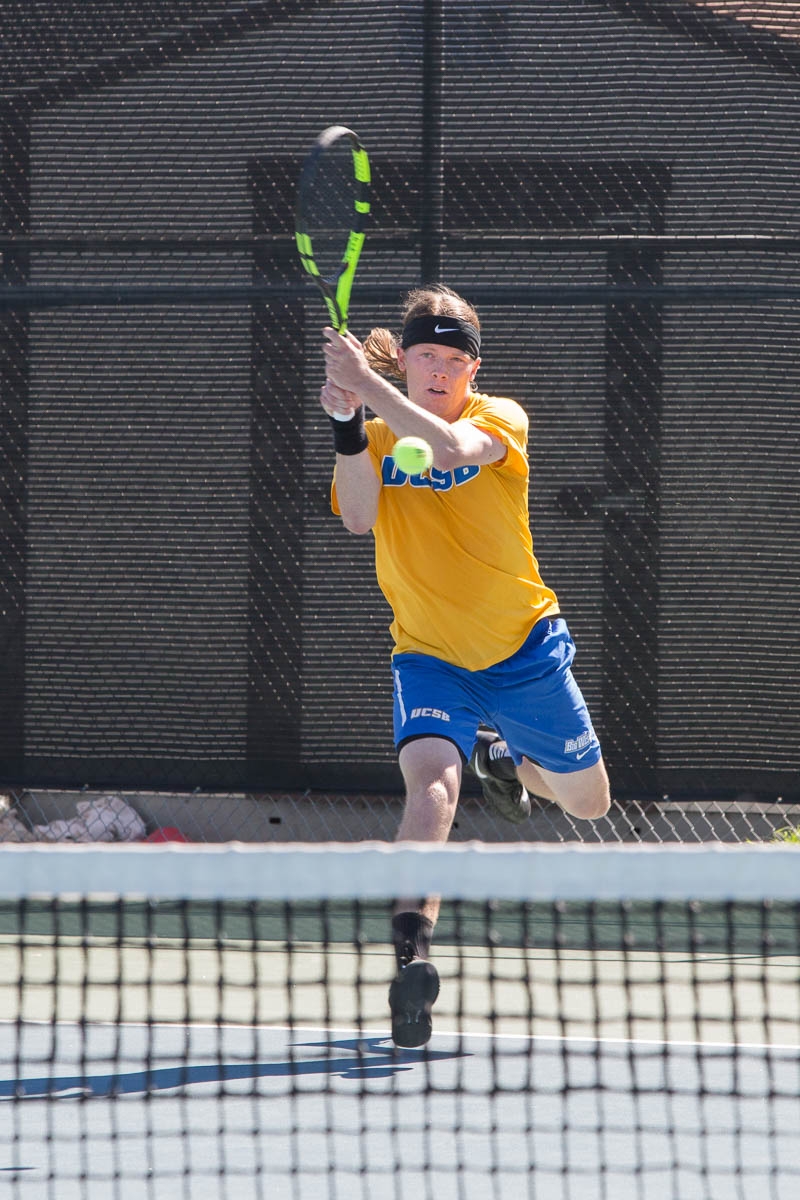 Coming into the weekend, the Gauchos hold an overall record of 7-4 and are 1-1 at home. The Hornets of Sacramento State stand at 3-7 overall with a 2-3 road record and the USF Dons come in at 1-8 with a 1-3 record when playing away.

“After dropping a close match last week, we have really been preparing at practice this week to come out and get two wins,” senior Miles Seemann said. “We really want these two so we can continue to build as a team, raise our standing, and prep for the Big West coming up.”

The Gauchos held a five-match win streak before falling 4-3 to No. 70 Pacific last Saturday in an upset that ended an undefeated homestead that dated back to 2013 for Santa Barbara. With a loss taken, the Gauchos were able to bounce back the next day to dominate Fresno State 7-0, winning all doubles and singles matches.

Santa Barbara has been playing strong tennis as of late going 6-1 in its last seven matches despite playing five of them on the road. The team also holds a 5-4 record against nationally ranked opponents, which led to the team’s ranking rising as high as No. 27.

“We try not to focus on just rankings and records and instead look at our season match by match,” Seemann said. “Every team is different, and if we want to win out at home, we have to prepare for every match with equal importance. The rankings and seedings will follow.”

Recently, the Gauchos have made some big roster moves that could very well have led to their recent success. Junior co-captain Teague Hamilton has rejoined the starting singles lineup and has played in the last three matches on court six for his team.

In his time, Hamilton has grabbed three straight victories for the Gauchos, all of which have come in straight set sweeps. With Hamilton joining at six, freshman Anders Holm has been bumped up to court four where he has not lost a match all season. Holm currently rides a five-match win streak of his own in singles play.

Although the teams that Santa Barbara faces this weekend are under .500 on the records, both teams will bring some talent to challenge the Gauchos. Sacramento State has featured the same player in Mikus Losbergs at the No. 1 spot of its singles lineup all year. Losberg will likely face Nathan Eshmade as the Hornet looks to continue his three-match winstreak playing at the top spot for his team. The team has also not lost a match on court six in the past five matches.

USF will feature Ryan Marker who sports a team best 4-2 singles record playing on court four for the Dons. He will likely face Anders Holm, putting both player’s win streaks on the line.

“We may have gotten a little ahead of ourselves last week, but I think our match with Pacific really showed us what we need to do as a team,” Seemann explained. “Now we have to go out and show what kind of team we really are and play like we have all season.”

The Gauchos will first take on Sacramento State on Friday, March 4 at 1:30 p.m. and will follow on Saturday, March 5 at 1 p.m. with USF.