The Daily Nexus
Water Polo
No. 14 UCSB to Conclude Road Trip at Claremont Convergence Tournament
March 3, 2016 at 5:05 am by Sinead Leon

With Big West Conference play less than a month away, the No. 14 UCSB women’s water polo team prepares to play its last pre-conference tournament of the year this weekend. The Gauchos travel south to face the University of La Verne and Claremont Mudd-Scripps at the Claremont Convergence Tournament.

“The season moving forward will be different because we will be playing one to two games a weekend,” Head Coach Serela Kay said. “It is important for us to continue to train hard to build strength in order to feel fresh once conference games begin in April.” 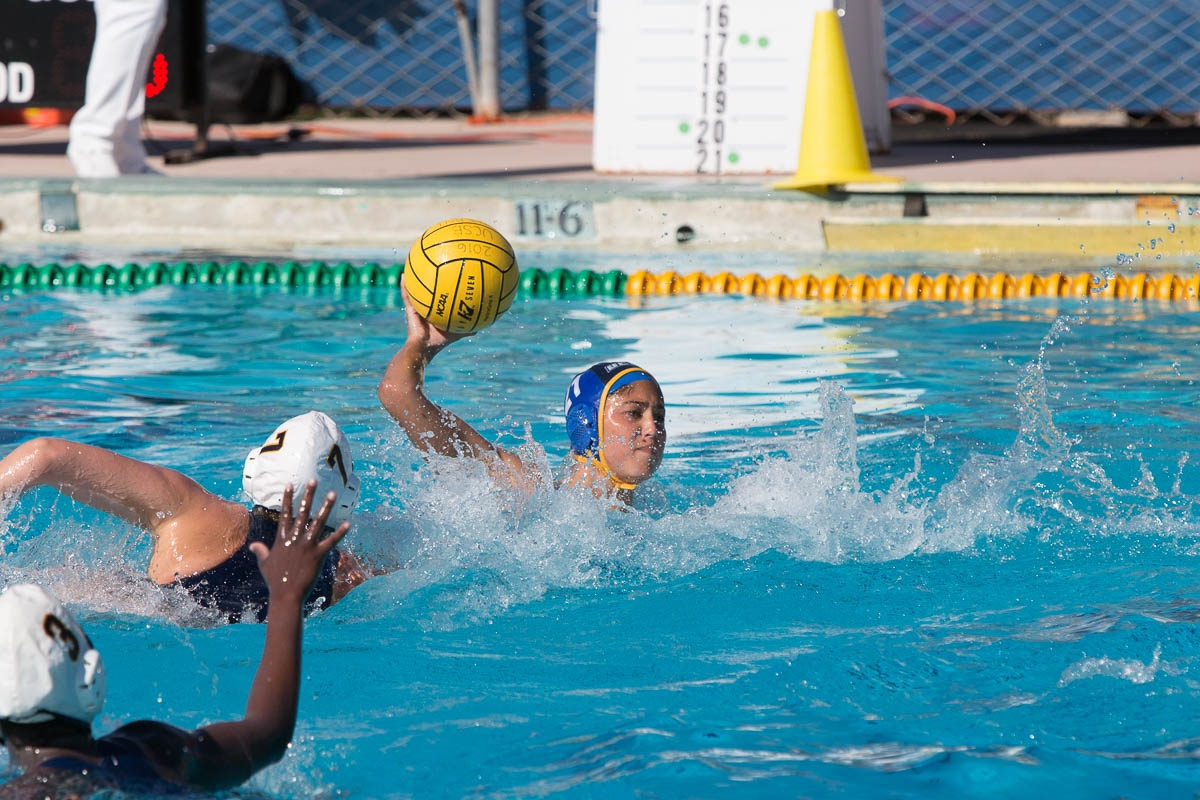 Santa Barbara is now 9-8 overall after splitting the weekend at the UC Irvine Invitational with a record of 2-2. Despite falling to No. 6 Cal and No. 13 Pacific on Saturday, the Gauchos turned it around and defeated then No. 19 San Diego State and No. 14 Loyola Marymount on Sunday.

The Gauchos have had a tough schedule, playing highly competitive, top-ranked teams throughout the season. This weekend will be Santa Barbara’s best opportunity to capitalize since it is the only ranked team amongst its opponents.

So far the Gauchos have only played one game against an unranked opponent, Cal Baptist, and took home the victory 10-4. Despite the statistics, Coach Kay knows that numbers do not matter at the end of the day, assuring that the team’s “mentality does not change with opponent.”

The first matchup will be against the University of La Verne, who is 3-0 thus far this season. It was an encouraging 2015 season for the Leopards, who finished with an overall record of 7-14 under first-year Head Coach William Rodriguez. Despite being a year full of changes and adjustments, La Verne managed to surprise everyone by taking fifth-place in the Southern California Intercollegiate Athletic Conference.

One of the biggest strengths that La Verne depends on is its depth. With seven returning players and a great recruiting class, the Leopards have players ready to step in when needed or just to keep a fresh group in the water. This helps the team maintain their attack strong, going on unanswered runs right away that make it hard for their opponent to try to come back. So far, two of its three wins have been by a double-figure margin. Most notably, in the Leopards’ season opener, they defeated Grove City College by a score of 24-3.

Although it is a young team, the Leopards have a roster with talented players such as freshman attacker Guarina Garcia. The Puerto Rico native has scored nine goals in La Verne’s three matches. She is a member of the Puerto Rico senior national team, as well as the junior national team. Garcia won a silver medal at the XXII Central American and Caribbean games and has played in several of the Pan-Am games.

The second game of the day will be against Claremont Mudd-Scripps, who is 1-5 overall so far this season. Its lone victory came in its opening match against Concordia. The Athenas finished 11-17 overall, 8-3 in conference last year and took third-place at the SCIAC Championships.

It seems to be that Claremont’s biggest challenge is its defense’s inability to prevent opponents from scoring. Out of its five losses, four of them were by 10 points or more. No. 6 Hawaii and No.21 Long Beach defeated the Athenas 20-3, 20-5 respectively.

The leading scorer for Claremont is Santa Barbara native, sophomore attacker Jessica Gaffney, who has a total of eight goals in the last five games. After leading the team last year with 21 goals, 22 assists, 16 drawn ejections and 22 steals, she was named to the SCIAC Second Team.

Both of UCSB’s matches are set to be played this Saturday, March 5. Its first game against La Verne will be played at 1 p.m. at the Axelrod Pool. Following is the Gauchos’ matchup against Claremont Mudd-Scripps at the same location at 5 p.m.