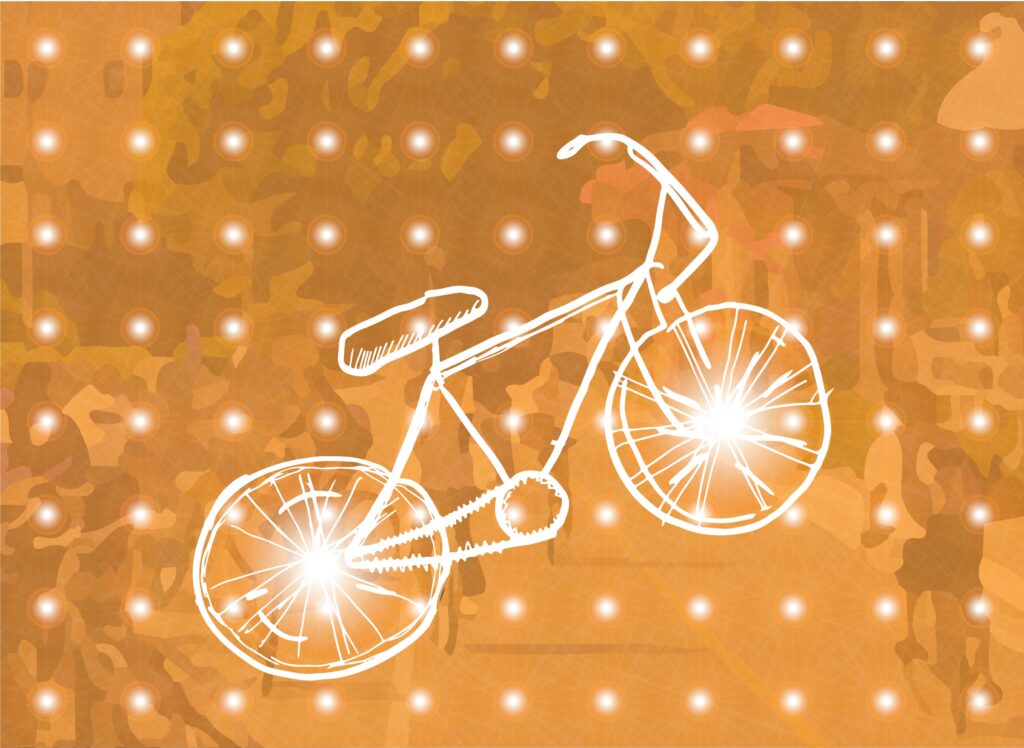 ASBC held the event to emphasize bike safety while biking through Isla Vista. Thousands of LED headlights were given out to attendees to promote rider visibility. Tarush Mohanti / Daily Nexus

Campus and community organizations came together to host I.V. LUX, an event to promote bicycle safety, Wednesday at the Associated Students Pardall Center in Isla Vista.

“We are trying to change the bike culture here in I.V. and on campus,” Yeh said. “More specifically, right now, because there are so many accidents at night, we are handing out lights. In conjunction with that, we are giving out a lot of bike safety information and tips.”

“The Bike Committee is focused on creating and maintaining bike paths on campus and worrying about bike safety on campus,” Yeh said. “With this event, we are trying to include in our mission an education portion in order to get a [League of American Bicyclists] platinum standing. Platinum ranking is one of our goals this year.”

Stacy Kowsz, ASBC graduate student representative, said improving bike safety education in the community is one way UCSB can move from gold to platinum level in the League.

“Currently, we are gold, we want to be platinum. Currently, only a couple universities are platinum, like Stanford and Davis,” Kowsz said. “One of the things we are lacking that the platinum universities have is better education and bike safety. We have tons of people using bikes which is awesome and we do have great bike infrastructure, bikes have a strong presence, but what we don’t have is great bike safety. One of our goals is to improve the culture and make it more safe.”

Debbie Fleming, senior associate dean of student life, said although there are many problems with bike safety in “a lot of different spots,” bike lights are one step toward a safer bike culture.

“We thought about what we could do that would be positive, so we combined resources with the A.S. Bike Committee and the Dean of Students office to put some funds together to get some bike lights,” Fleming said. “One of the easiest things for people to do is just put a light on your bike at night.”

According to Community Resource Deputy James McKarrell, the current culture in I.V. is such that cyclists do not feel the need to follow the same laws as cars.
“A lot of people don’t understand that bicycles are vehicles, and when you’re riding a bicycle, you have to obey the same traffic laws as you would in a car,” McKarrell said. “A lot of the issues we see are people running stop signs and failing to yield to pedestrians. What happens then is we have traffic collisions, mostly either bicyclists-on-bicyclists or bicyclists-on-pedestrians.”

McKarrell said there is a unique issue with the busy intersection at Pardall and Embarcadero del Norte, where there is currently a two-way stop sign.

“The problem with that intersection is there’s free-flowing traffic going east and west and the people traveling north and south have to constantly wait. The bicyclists traveling east and west are within their rights,” McKarrell said. “The only thing I can suggest to be more safe is to not cut behind cars, to maintain a safe speed and to maintain awareness of their surroundings.”

McKarrell said a possible way to improve safety at this locations could be to create a new traffic control device, such as a stoplight or additional stop signs.

According to McKarrell, although it may be the busiest intersection, Pardall and Embarcadero del Norte is not the most dangerous intersection in I.V.

“Believe it or not, as busy as that intersection is, it’s not as problematic as Camino Pescadero and Pardall,” McKarrell said. “I think it’s because there are a lot of blind spots there, and, again, it comes down to people not obeying the traffic signs, and they’ll pull out in front of other bicyclists or cars.”

A version of this story appeared on p. 3 of the Thursday, March 3, 2016 print edition of the Daily Nexus.