The UCSB women’s tennis team returned from its trans­pacific trip 1-1 for the week. Santa Barbara started off the weekend with a big win against No. 64 Hawaii Rainbow Wahine by a score of 4­-2. 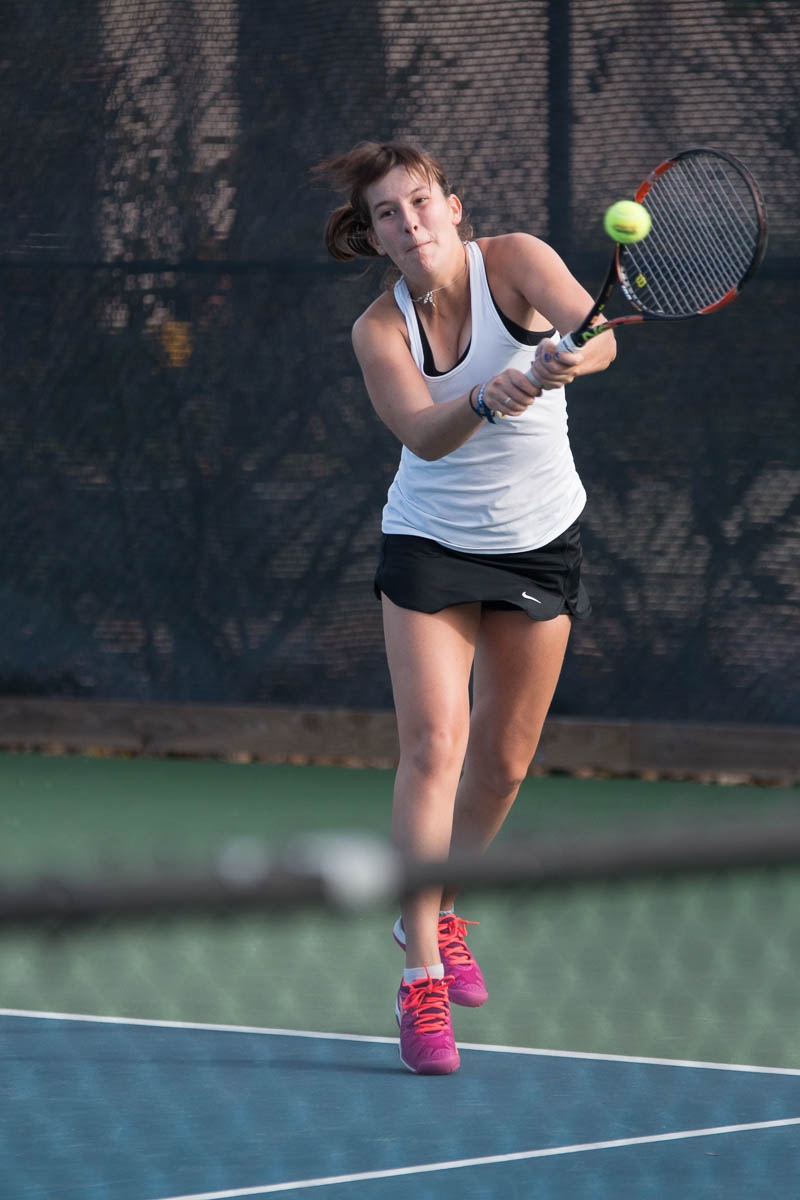 After securing its second Big West conference win of the season, Santa Barbara entered its match against No. 35 Oregon with a four-match winning streak. However, the Gauchos’ streak would end with a 5-2 loss to the Ducks, who extended their current win streak to five matches after defeating UCSB and Hawaii over the weekend.

UCSB is now 5­5 overall, 2-0 in Big West play which currently ties the Gauchos for first-place in the standings with CSUF and Long Beach State. The Rainbow Wahine are now 6­4 overall and 2-1 in conference matches. Oregon’s win versus Santa Barbara improved the Ducks’ overall record to 6­2.

Despite recently being dropped from the ITA rankings, the Gauchos were able to pull off an upset against Hawaii.

UCSB lost the opening point in doubles play, yet the eighteenth best doubles duo in the country in sophomore Palina Dubavets and junior Stefani Stojic continued to show why they are one of the best pairs in the country.

In singles competition UCSB lost only one game to give Hawaii its second,and last, point of the match.

Sophomore Lou Adler lost to the true freshman Marina Hruba in two sets, struggling to muster a point in the first losing 6­0. The second, Adler put up three but could not stop Hruba from putting six past her as she lost 6­3.

Dubavets on the other hand continued to ride the momentum to beat 2015 Big West player of the year junior Cindy Nguyen in a close contest.

The first ended 7­5 in a back in forth fashion in favor of the gauchos. The following set ended the contest 6­4 in favor of Dubavets, giving Santa Barbara its first point of the meet.

Meanwhile, the Stojic and Gealer match up was left unfinished.

UCSB the next day played against a tough No. 35 Oregon side. Both teams were coming into the match hot coming off of multiple wins. However, Oregon continued its streak by beating the Gauchos 5­2.

It was all Ducks early on, after they won the doubles point and won the next three singles matches to sweep the Gauchos 4­0.

Even though UCSB had already lost, they continued to play for the sake of records on the remaining courts. Santa Barbara managed to pull off two wins before losing another match, resulting in its 5­2 defeat.

UCSB still has yet to find consistency as a cohesive unit, but as a new team it will continue to progress and gain the chemistry needed to make a good run in the postseason.

The Gauchos will be on the road again, facing Santa Clara, San Jose State, and St. Mary’s starting this Friday, March 4 through March 6.