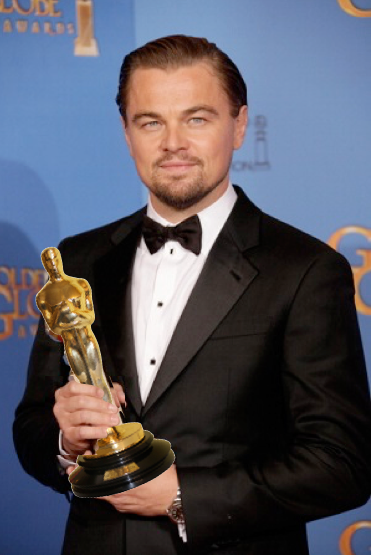 A time-traveling writer for the Nexus brought back a very exclusive transcript from the 2016 Academy Awards Ceremony. After six nominations, Leonardo DiCaprio finally won the coveted Oscar for Best Actor in “The Revenant.” Here’s what he had to say to all the viewers:

Don’t get me wrong, I am very grateful. I’d like to thank my manager and my family, my wonderful castmates and Edward Zwick, who was a fabulous director… oh wait, that’s not right. You know, I guess I haven’t edited this speech since ‘Blood Diamond.’ I just never thought it would happen.

I mean, I’ve tried everything; I’ve died (over and over again), gone insane and even snorted crack off a hooker’s ass, but I guess it took eating a raw bison liver to finally make the cut. I should’ve tried that 23 years ago. You know, that’s when I got my first nomination. Twenty-fucking-three years ago. I’m 41 years old. I’ve been waiting for this damn golden statue for more than half my life. But everyone kept telling me, “Don’t let go. Don’t let go of your dream,” and I didn’t. I’ve given my everything to every single film I’ve been in these last couple decades. I’ve lived more than 30 different lives, been more than 30 different people. You know, now that I’ve won this award, when the time comes to put all that practice dying to good use, I think I will be able to do so happily.

So again, I’d like to thank the academy, my fans and everyone who helped make ‘The Revenant,’ and shoutout to my costar, the CGI bear. Now, if you don’t mind, I’ve got a very special shelf to go dust off.”

When asked about his win, DiCaprio was quoted saying, “Oscar and I are just so happy that we can finally be together. This has been a long time coming, and we can’t wait to start our lives together.”

It’s nice to see that Leo has finally gotten his happy ending.