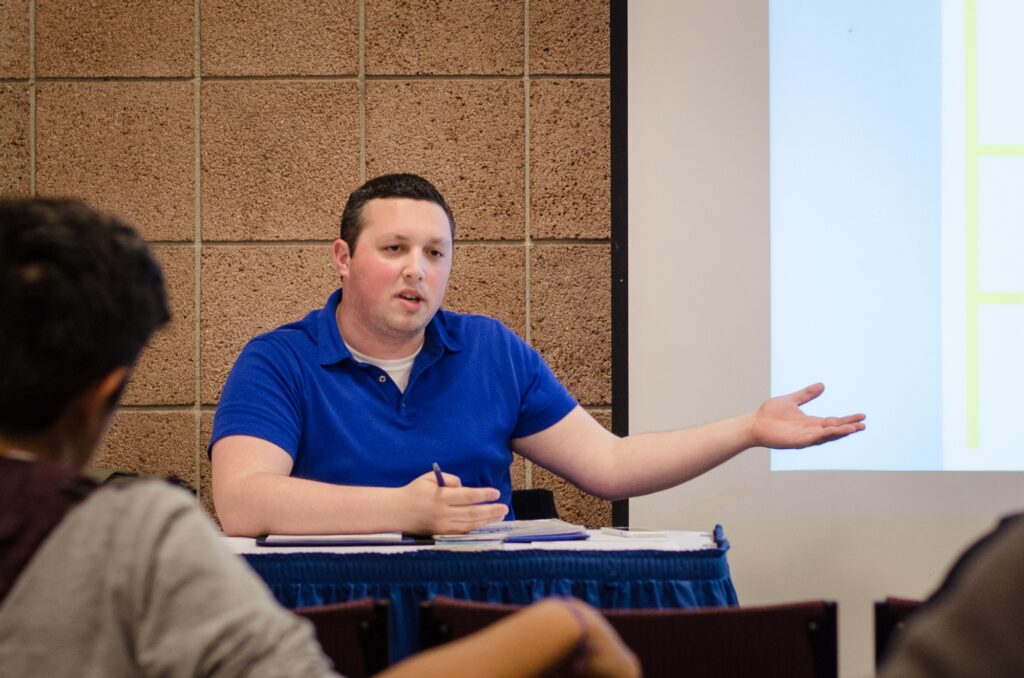 In the S.A.G.E. proposal, UCSA is seeking a system-wide, voluntary opt-out fee of $4-6 in order to adopt a more sustainable and equitable model of funding to expand student representation at the university, state and federal levels. A portion of S.A.G.E.’s revenue would go to financial aid for students under the UC system’s return-to-aid policy. At the meeting, UCSB students were able to ask questions and voice their opinions on the proposal.

Currently, UCSA’s work runs on membership dues collected by most campuses’ undergraduate and graduate or professional student associations, with supplemental support from the UC Office of the President (UCOP) and grants for program initiatives.

“S.A.G.E. is just one of many solutions we can look at, but it is certainly a very viable one right now,” Mirza said.

Sabo said the organization works to represent all UC students and connect with groups that have similar goals.

“We represent all undergrads, grads and professional students before the legislature and legislator advocacy in front of the Regents and UC advocacy,” Sabo said “We do a lot of on-campus organizing connecting with different nonprofits or local groups that do a lot of work on the same issues that we do as well.”

Mirza said there are a number of campaigns UCSA runs every year, such as working to increase the number of student voters.

“That is how we get people to listen to us and pay attention to what we are saying. So every year we register a significant amount of voters,” Mirza said. “Back in 2012 we registered over 50,000 voters, and that had a really big impact on the work we were doing.”

“A big reason why you are paying more tuition is because funding for the University has been decreased over a significant period in the last 20 years, but beyond that ever since the recession we have seen huge budget cuts to our University,” Mirza said.

Sabo said S.A.G.E. will promote the advocacy by and for UC students and increase students’ ability compete with large, well-funded and well-organized special interests in Sacramento. Sabo said UC-student advocacy is currently a “pay to play” system, something S.A.G.E. aims to fix.

“You get to participate to the extent that you can pay for it, which is sort of counter intuitive to the UC’s mission, which is why we have started talking about S.A.G.E.,” Sabo said. “Unfortunately, tuition is going up and so we have to make sure that our voices are heard in that process too when it comes to the budget.”

Sabo said UCSA hopes to get more UC students to Sacramento to testify and lobby lawmakers in order to prove their investment in state politics.

“They look at students and they say ‘students don’t vote, they don’t come to visit, so I can continue to screw them over without any consequence, because I will just get re-elected to office because they have short-term memories,’” Sabo said.

“We have been here four times now. We are really trying to talk to as many students as possible,” LaVoie said. “This is not a final proposal by any means. We are still developing it.”

According to LaVoie, UCSA is working to make S.A.G.E. as transparent as possible.

“Even if it is different on each campus, how can we make sure that every single student sees something that says, ‘hey, you are paying this to UCSA and you have the right to opt-out’ before they pay the fee?” LaVoie said.

Third-year physics major Liam Stanton said he is skeptical students will choose to fund S.A.G.E. if given the option to opt out.

We’re already paying more for UCSA fee’s compared to all the other UC’s. It’s a good use of our money, but we shouldn’t be the only ones paying the bill!!!

It’s a good thing SAGE would actually be a refund for UCSB students then! Rolling the fee back from $9/student/year to about $4 would refund each Gaucho the $5 difference. UCSA is trying to create equity by averaging the fees between the lowest and highest paying campuses.