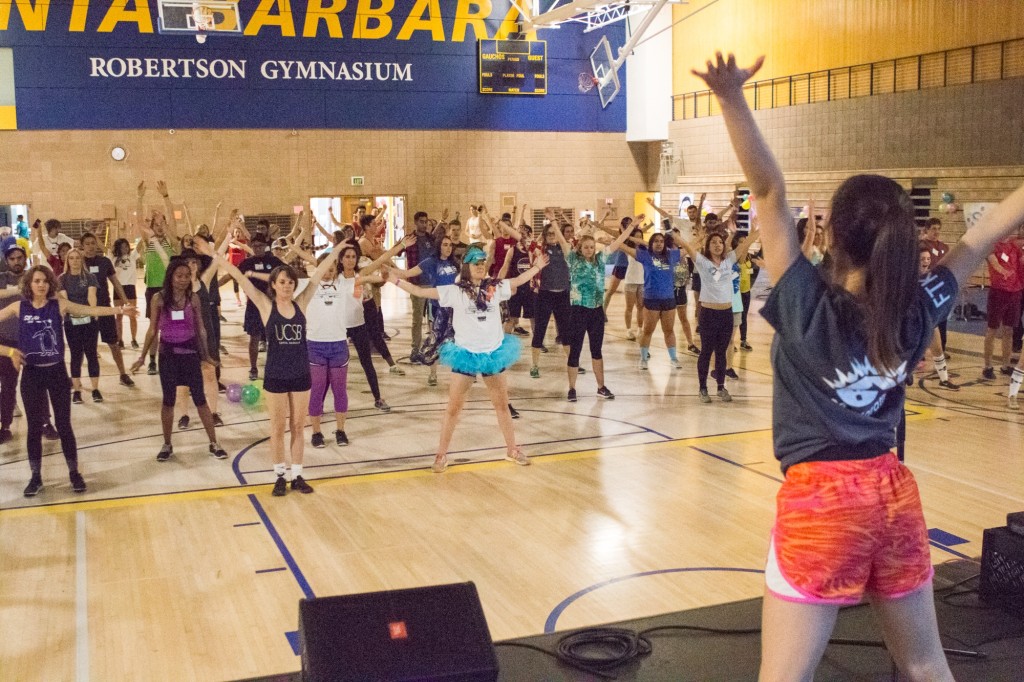 Dance marathon attendees are guided in a stretch by the emcees.
Stephen Manga / Daily Nexus

Students participated in a full 12 hours of dancing, games and activities to raise money for Cottage Children’s Hospital in UCSB’s third annual Dance Marathon on Saturday from noon to midnight in Robertson Gym.

UCSB’s chapter of Dance Marathon, a national, student-run philanthropic organization, raises money for Cottage Children’s Hospital, the Santa Barbara hospital for Children’s Miracle Network. Although they organize fundraisers year-round, the 12-hour Dance Marathon event is the organization’s largest and most well-known event. The annual fundraiser invites UCSB students to perform and seeks donations from participants and the community. This year’s event raised approximately $16,000, which was substantially less than last year’s total of $35,000.

“The goal this time was $50,000 — we were hoping that it got there,” Ceballos said. “We were hoping to get it up there, hopefully higher every year. We want to set a good precedent for our future Dance Marathons, because the event is still new to UCSB.”

“I was extremely thrilled about how the morale stayed positive the entire time. Everyone danced the entire time, everyone was happy,” Padlipsky said. “Do I wish the numbers were higher? Yes. But that’s okay. The morale was high this year.” 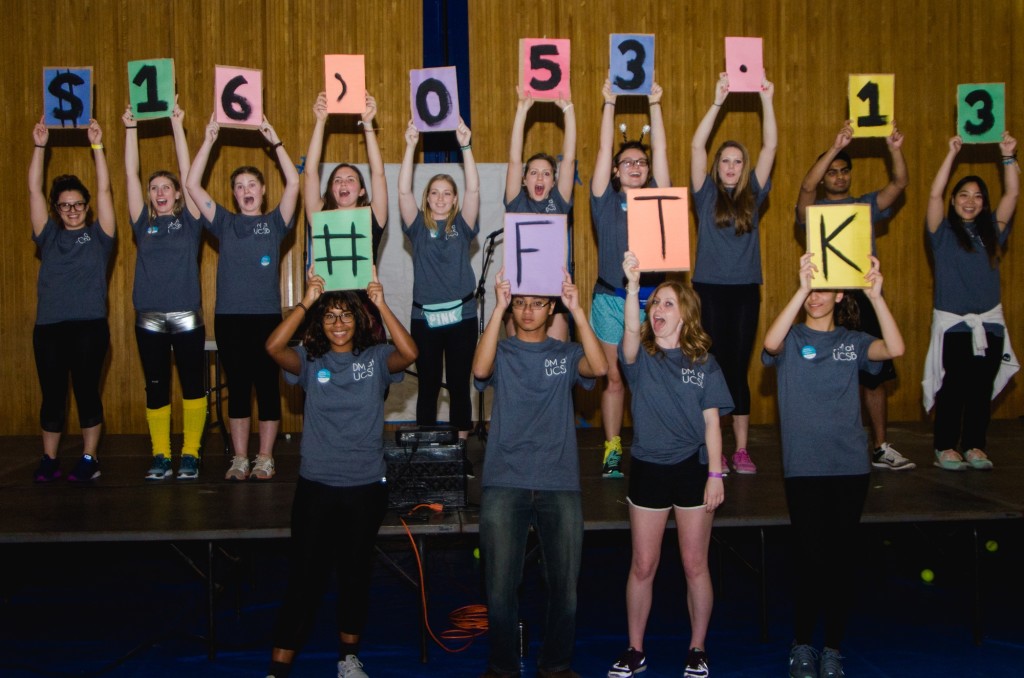 According to Sammy Gerraty Dance Marathon Intern of Operations and second-year dance and pre-bio double major, the spirit of the donors and volunteers made the event a success.

“Even though we didn’t have as many dancers as last year and even though the numerical amount may not have been as much, the spirit in the room and the genuine care for the kids is what made people stay,” Gerraty said. “Last year people were coming to [get] volunteer hours, and that’s the wrong reason to come. You should come to Dance Marathon if you care about helping children and saving lives, and these people did.”

Padlipsky said she encourages students to participate next year for the fourth annual Dance Marathon.

Zareena Zaidi, Dance Marathon member and second-year English and psychology double major, said the dancers had the opportunity to meet the children the fundraiser event benefited. 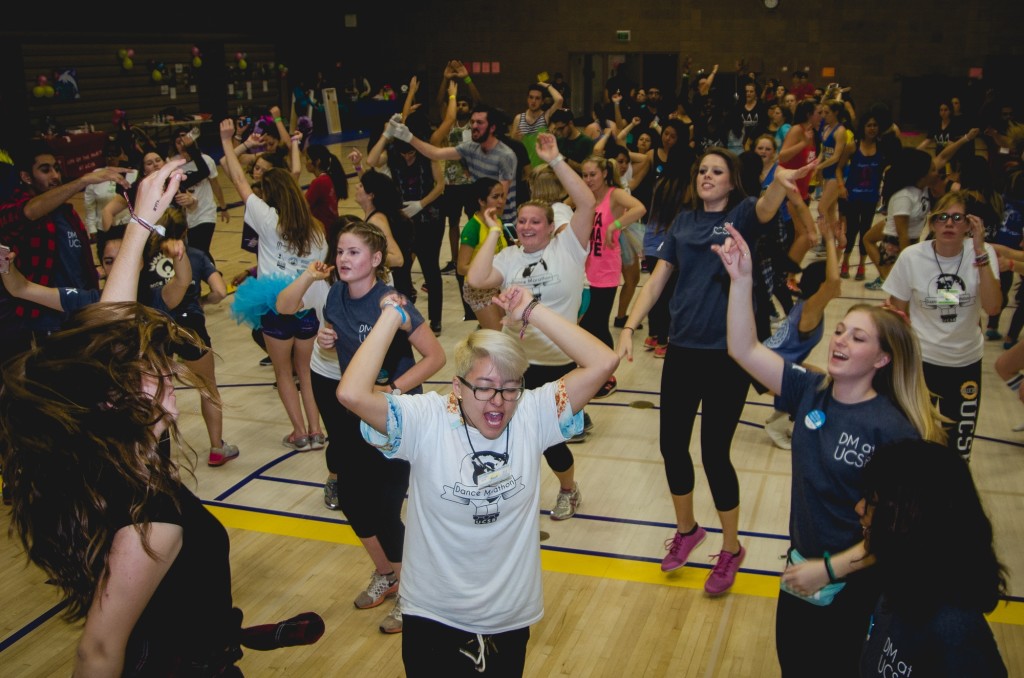 According to Zaidi, the event featured a wide variety of performances.

“We had a cappella performances, dance performances, band performances and more at the event,” Zaidi said. “To name a few, we had Lorana te Otea, Naked Voices, InterVals, Freshman Dance Company, Pookie and Ambiance.”

InterVals member and third-year sociology major Maya Solano-McDaniel said she was glad the a cappella group had the opportunity to perform for Dance Marathon.

“We really love preforming for any organization possible, especially for those with such a good cause as this one,” Solano-McDaniel said. “We performed last year so we were really excited to get the invitation again.”

Francesca Blake, vice president of Naked Voices and third-year English and psychology double major, said the group enjoyed the opportunity to participate in the event and hopes to be involved next year.

“It was a great crowd and they were all really enthusiastic. We love doing on-campus events, because obviously we go here, so it’s fun to get more involved [in the] on campus community,” Blake said. “Even if you can’t dance, it’s a great place because there a lot of people who can’t dance and you can all be in an environment where that’s OK.” 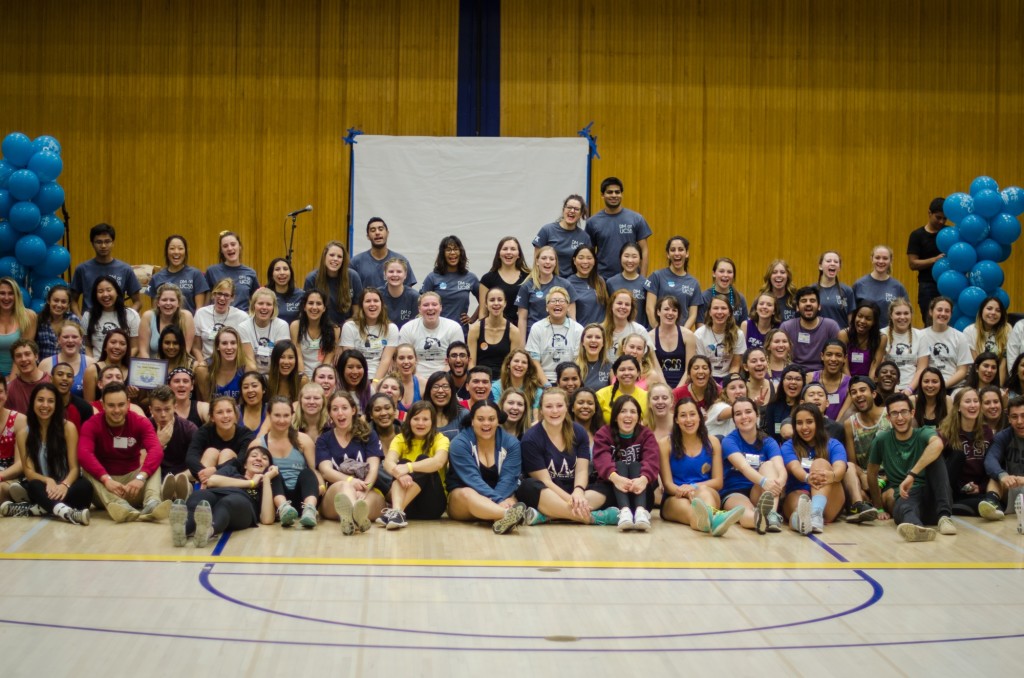