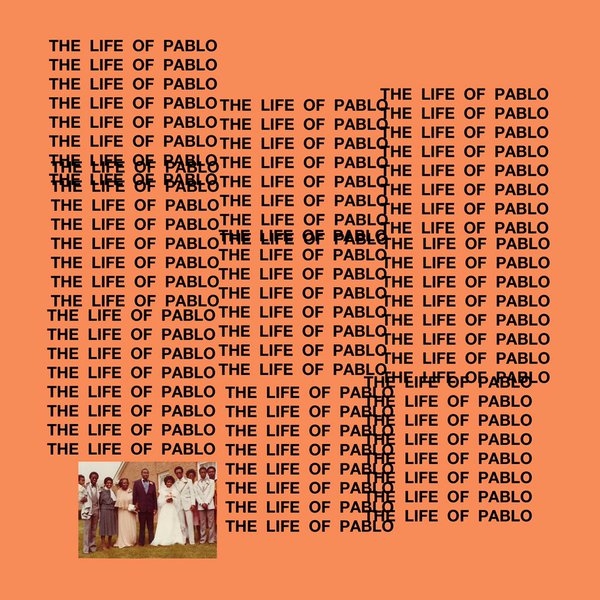 Fashionably late as expected, Kanye West finally released his much anticipated new album, The Life of Pablo, on Valentine’s Day. Luckily for those fans that would’ve otherwise spent the consumerist holiday wallowing in a puddle of self-pity and loneliness, they received a gift from Yeezus himself.

However, there was a slight catch. Access to the album could only be obtained through a subscription to Jay Z’s streaming service, Tidal. That being said, the demand for new Ye is undisputed. Overnight, Tidal went from struggling to stay afloat to number one in the app store solely due to the exclusivity. #FACTS

But, what’s up with the name?

Last year, Mr. West began stirring the pot by releasing the album’s original name, So Help Me God. Shortly after, the title was changed to SWISH, which held strong until very recently when Kanye revealed a shift to Waves. The new name ignited a feud with Wiz Khalifa who believed Kanye stole the slang from imprisoned rapper Max B, curator of the term, “wavy” (publicity stunt, perhaps?). After wife Kim Kardashian conducted various Twitter polls about the three possible title choices, Kanye ultimately chose none of the above. Shocker.

The meaning behind The Life of Pablo sparked the imaginations of many Twitter philosophers.

Theories about the ever elusive “Pablo” went rampant, ranging from the notorious drug lord Pablo Escobar to Pablo Picasso, arguably the most influential artist of the 20th century. The latter is more likely when taking in account the lyric, “I feel like Pablo when I’m working on my shoes” and Kanye’s self-proclaimed title as one of the greatest artists of all time.

However, new rumors stated that Kanye claimed Pablo is actually a reference to St. Paul (Pablo in Spanish) which fits the gospel tunes in “Ultralight Beam,” “Father Stretch My Hands,” his son’s own name and the allusions of Mary and Joseph in the revamped version of “Wolves.”

Part of the genius of TLOP lies in its hectic release. Kanye gave his fans a front row seat to the makings of an album. It went from an obscure process that magically occurred behind closed doors to a play-by-play experience filled with raw, uncut footage.

Before embarking on the journey of The Life of Pablo, one must bring their sense of humor because first and foremost, the album is ridiculous. From its multiple name changes and ever-changing track lists, label as a “gospel album,” parade of features and cockiness every step of the way, the purposeful outrageousness is clear.

The goal is to be talked about. “Everyone gonna say something … I’d be worried if they said nothing”. And what better way to get people talking than with insults? In between poking fun at Rob for his weight and sexual endeavors and reminding Ray J that it doesn’t matter who “may have hit it first,” he also managed to (accidentally?) reignite a feud with Taylor Swift. But hey, who can blame the guy? He already admitted, “I don’t know what it is with females … I’m not too good with that shit.”

However, the braggadocio humor in “Famous” and “Highlights” starkly contrasts the self-reflection in “Real Friends” and “30 Hours,” which represents Kanye’s game face in social circles as compared to his inner thoughts respectively. He also uses TLOP to reinforce the juxtaposition between the profane and the sacred that has come to identify most of his work. Hence, “pray for Paris, pray for the parents” transitions to “now if I fuck this model and she just bleached her asshole …” Granted, not his best lyrically, but the duality is important here.

It’s bipolar and doesn’t always make sense. Just like humanity. Kanye’s sometimes flawed, but complete honesty makes TLOP so monumental. It reveals the good, bad and the ugly in humanity.

And the constant revisions that occurred up until the minute the album was released were not hints of sloppiness, but rather the strokes of creative liberty and passion. Without Chance the Rapper’s last minute prodding to keep “Waves,” already a favorite track, the album would be missing a vital organ. The transition between “I Love Kanye” to “Waves” is so flawless that it makes you wonder how the song was passed up in the first place.

But yes, overall the album is disjointed.

Yes, it lacks an overarching message.

However, are those really problems? Since when did cohesiveness become a staple for artistic expression? Keep in mind that TLOP is coming from an artist who has already proven he is capable of impeccable mixing and mastering. He revolutionized a genre with every album he has put out. He already made his political statements clear. He even created “so many Kanyes.” Therefore, a lack of cohesion cannot be a mere mistake. It cannot be the effect of mediocre mixing. It must be intentional. It’s life.

The Life of Pablo takes you from church to the club to the cemetery. Kanye even manages to bring Frank Ocean out from hiding for this one. It is brilliant in its unpolished realness. So, now, it’s time to just “shut the fuck up and enjoy the greatness.”