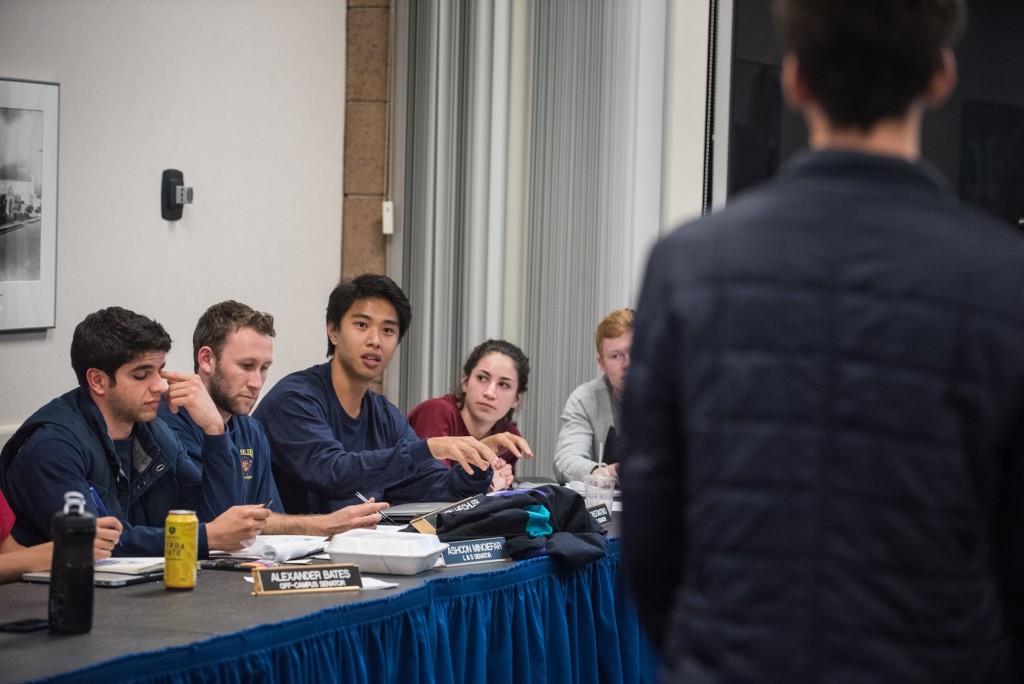 The Associated Students (A.S.) Senate met Wednesday in the Flying A room of the UCen to discuss a resolution regarding bicycles stopping at stop signs and a bill on increasing transparency within A.S.

The resolution, titled “A Resolution Calling upon UCPD, and Santa Barbara Sheriff Department, and the California Highway Patrol to Allow Bicycles to Treat Stop Signs and Red Lights as Yield Signs,” called for adoption of Idaho Stop, which allows bicyclists to legally treat stop signs as yield signs. This has been Idaho state law since 1982, but has yet to be implemented anywhere else. The Senate item, “A Bill to Increase Transparency and Oversight of Student Fees,” would make the use of student fees and the funding of campus entities clearer to the public.

“If you’ve been out in the community of Isla Vista, been to the meetings on bike safety, you’d know that the Idaho Stop resolution is not feasible at all,” Pragin said. “UCPD can have the Idaho Stop on campus. [That’s] totally fine until people leave campus to go to I.V. [because] laws change.”

Pragin also said there could be problems with enforcement, as it would most likely be a county ordinance and not a state law.

“People can start yielding at stop signs in I.V. because that’s county land. If you want the county to write an ordinance, all right, but then similar problem, Idaho is a state,” Pragin said. “People would come into the county and have to obey a different law than other places in the state, and it’s kind of weird, and it gives liability to the county.”

“What problem are you trying to solve with this resolution, the fact that people are getting tickets?” Pragin said, “They’re getting tickets because they’re not following the law. They’re not stopping at the stop signs, and it’s dangerous. People don’t care; they seem to want to kill themselves.” 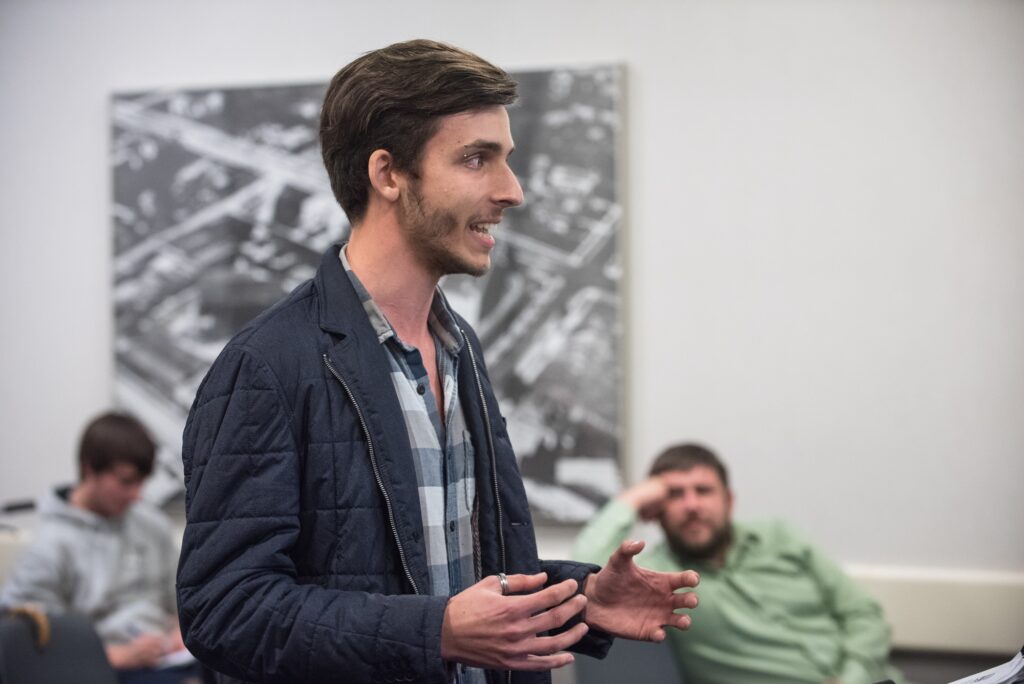 “They approach the stop signs as if they don’t exist. The problem is, we’re not enforcing [the law]. That’s why people are complaining when they get tickets,” Pragin said, “because they don’t get tickets. I’d rather you pass a resolution that said to follow laws.”

Jerel Constantino, off-campus senator and third-year history of public policy and political science double major, said he will remove Idaho Stop language from the current resolution, but he plans to bring it up again later this year.

“I’m pulling the language regarding the Idaho Stop from the resolution, not because I don’t believe in the Idaho Stop, but because it is not a good time politically as this issue is already contentious in itself. I’ll be back,” Constantino said. “The resolution will just be to give bike committee further funding, support their efforts along with IVFP and university affiliates regarding bike safety education.”

“A Resolution Calling upon UCPD, and Santa Barbara Sheriff Department, and the California Highway Patrol to Allow Bicycles to Treat Stop Signs and Red Lights as Yield Signs” was changed to “A Resolution in Support of Bicycle Safety” and passed in a 17-0-2 vote.

During the Consent Calendar portion of the meeting, Constantino discussed and modified “A Bill to Increase Transparency and Oversight of Student Fees.”

Constantino said he plans to add a portion to the bill saying failure to submit an annual fee report would result in disqualification.

“I think that we should do that to have a bite in this policy. So with that, I would like to add in,” Constantino said.

Off-campus senator and third-year political science major Louis Mariano, said he would like another week to review the details of the bill.

“I’m not comfortable passing this today. I would want this tabled so I can do research,” Mariano said. “This is why, in Campus Affairs, I brought up the constitutionality of it.”

“I’m in support of this, but, just wondering, did you approach Judicial Council or the Attorney General about this?” Natarajan said.

Constantino said he has not heard from Judicial Council or the Attorney General, which he believes indicates they have no issues with it.

“I assume that they have no problems with it, because this is the most transparent bill I have ever seen this body put out,” Constantino said. “Jimmy [Villarreal, A.S. President] is the only person to reach out to me regarding this bill. I’ve made a website about it; there’s a comment page about it, and no one has made any comments about it.”

Constantino said he thinks A.S. has the power to deny reaffirmation, but he is not positive.

“The only issue seems to be whether or not we can stop groups from reaffirming their fee referendum, and that doesn’t seem to be an issue with Elections committee on the basis that they have turned down reaffirmations in the past,” Constantino said.

“A Bill to Increase Transparency and Oversight of Student Fees” was passed in a 14-5-0 vote.