A former UC Santa Barbara student accused of raping a woman on campus in 2014 pleaded not guilty to two felony rape charges Tuesday and will continue to be held without bail.

Daniel J. Chen, 21, of San Ramon, Calif., was arraigned in Santa Barbara Superior Court on Tuesday morning and charged with rape by means of force and rape in concert, also known as gang rape. 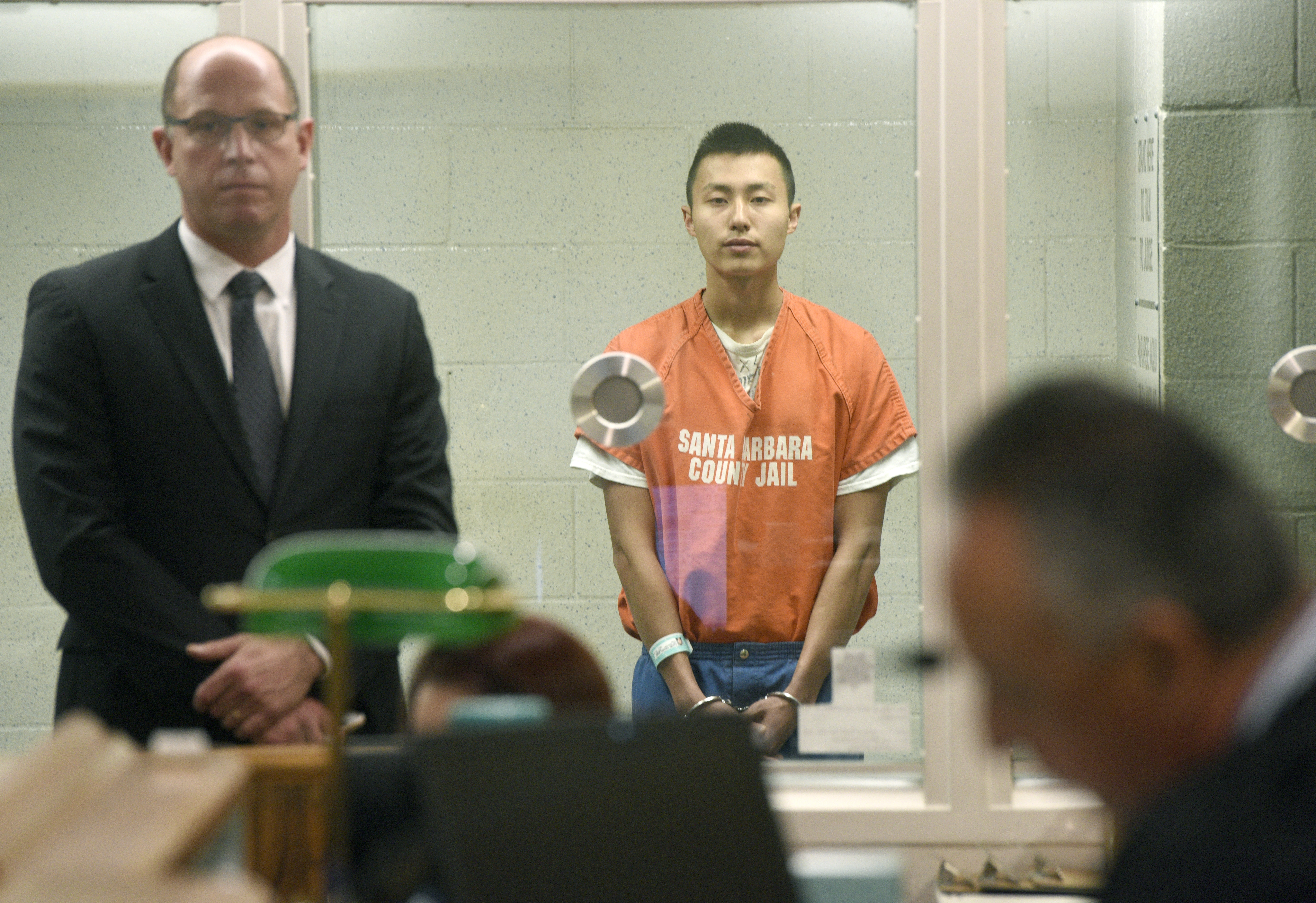 Additionally, Deputy District Attorney Benjamin Ladinig is including several special allegations, which would lengthen Chen’s sentence if he is convicted. These allegations include torture during rape, personal infliction of great bodily injury and a request that the two felony rape charges be served consecutively.

Chen, who attended UCSB from September 2012 to December 2013, is accused of taking a UCSB student from Isla Vista and, with two other men, raping her for approximately three hours next to Pauley Track shortly after midnight on Feb. 23, 2014.

“We believe that there is sufficient evidence to charge two separate rapes under the case law,” Ladinig told a reporter shortly after the arraignment. “If there is a break between one sex act and one has time to reflect on the nature of their act and then decide to commit an additional act, that can be charged separately.”

Judge Raimundo Montes De Oca also issued a protective order, barring Chen from communicating with or coming within 100 yards of the victim, who is being referred to as Jane Doe.

Chen was arrested on Feb. 10 by the UCSB Police Department after his DNA — taken during an unrelated arrest in Alameda County for possession of marijuana with intent to sell — matched DNA found at the scene of the rape, according to UCPD Sgt. Rob Romero.

Wearing an orange Santa Barbara County Jail shirt and blue pants, Chen stood behind glass in a separate room and communicated with his lawyer, Adam Pearlman, via a telephone on the wall. He did not speak except to acknowledge that he understood his right to a speedy trial would be postponed until his next trial date.

Pearlman argued that photographers should not be allowed to take pictures of the proceedings Tuesday because of what he said was the “potential prejudice for potential jurors seeing Mr. Chen in a jail uniform,” but the judge ultimately allowed photographs by the press.

When Ladinig was asked if he was considering a plea deal in exchange for the two other suspects, he said, “As of now, we’re just proceeding with Mr. Chen and Mr. Chen’s case.”

A preliminary hearing is set for March 2 in front of Judge Pauline Maxwell, and Pearlman indicated he would likely request bail for his client at that time.

Separately, the victim filed a personal injury lawsuit against the UC Regents in January alleging that the area of the attack was “secluded and dangerous,” that the UCSB Police Department was “understaffed and insufficiently trained” to investigate the case and that UCSB improperly reports its sexual assault statistics.

He went pc. He’s a snitch

or for protection due to his charges.

What does PC stand for? Apologies?