Santa Barbara County Third District Supervisor candidates spoke with the Nexus this week to share their platforms for Isla Vista and the county.

Bruce Porter, Joan Hartmann and Jay Freeman have all declared candidacy for the Third District Supervisor seat since incumbent Doreen Farr announced her retirement in October. Constituents can vote June 7 or Nov. 8. A candidate must receive 50 percent of the votes plus one in order to win in June — otherwise, voters determine the winner in November. 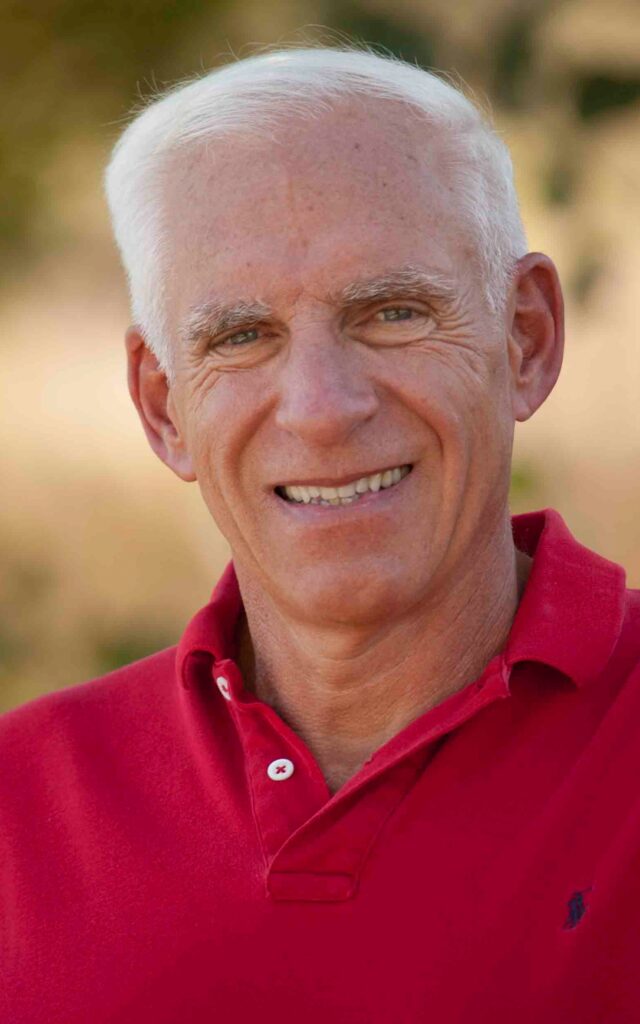 Porter served 25 years in the U.S. Army and, upon moving to Santa Ynez in 2001, took on executive roles with the American Red Cross local chapter, the Solvang Rotary Club and the local Boy Scouts district. He currently works as president of the Santa Ynez Valley Union High School District School Board, chairman of the Santa Ynez Valley Youth Coalition and Edward Jones financial advisor.

Porter announced in late January his plan to initiate an Economic Prosperity Corridor should he be elected as supervisor. According to Porter, most of the tech firms in Santa Barbara County are located in Goleta, which he said forces workers to commute on the 101 from their homes in the rest of the county.

“As I’ve met with officials at UCSB, I’ve learned of a wave of new companies and new technologies that will be spinning out of research at UCSB, and in the past a lot of those just went into Goleta,” Porter said. “Goleta is pretty well built-out now.”

His plan with the Economic Prosperity Corridor is to encourage businesses to “set up shop” in areas like Buellton, Lompoc and Santa Maria to reduce the number of freeway commuters. According to Porter, this initiative will help to reduce pollution, preserve infrastructure and allow UCSB grads to stay in the Santa Barbara County.

“Let’s move those new businesses out into other parts of the county where they’ll be closer to the people who actually work there,” Porter said. “That would be keeping all these great businesses in the county.”

As for the county’s involvement in I.V., Porter said he hopes to be a leader and a “champion” for getting the Community Services District (CSD) proposal passed in November. He said the ultimate goal for I.V. is cityhood.

“In the long range, the goal is cityhood for Isla Vista, if that’s what the residents want. The CSD is sort of a tiny little step to that eventual goal,” Porter said. “[I want to help] shape the whole process over time so that we continue the path to full cityhood.” 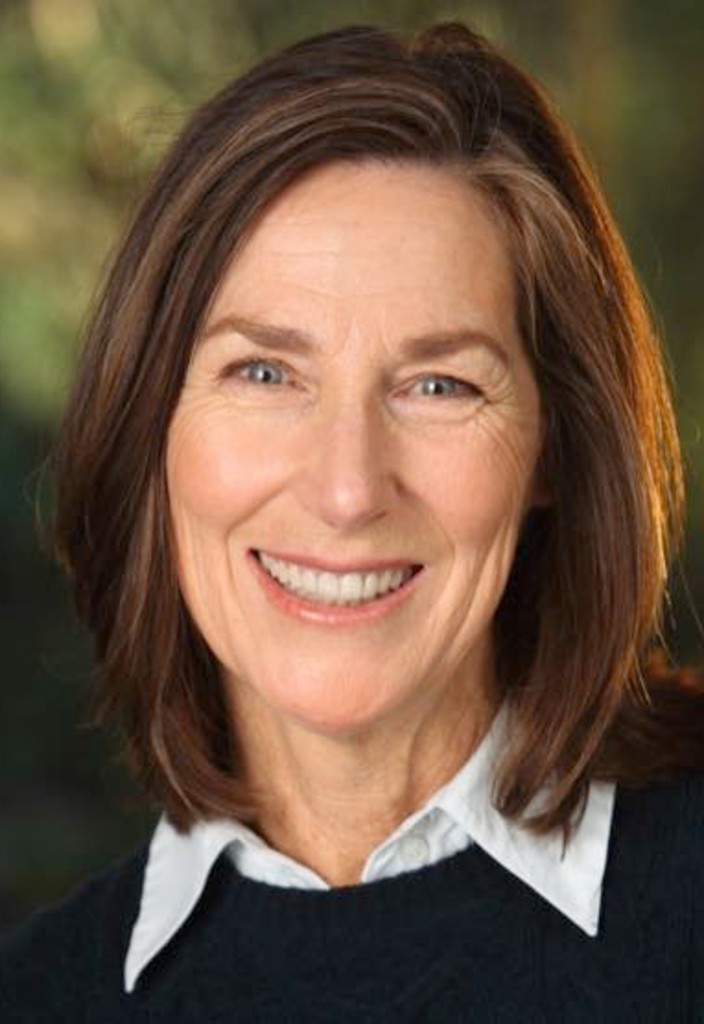 Hartmann’s career began in academia when she earned a Ph.D. in Government from Claremont Graduate School, where she was appointed as the first female faculty member and director of the Public Policy Program. She also served on the faculty at Oberlin College and later served as adjunct professor at USC. She currently serves on the Santa Barbara Foundation’s LEAF Advisory Committee and the Wilding Museum’s Board of Directors.

According to Hartmann, the platform of her bid for supervisor is “enhancing the quality of life that we cherish in Santa Barbara County.”

“I think Doreen Farr has done a really good job connecting people to county resources, and her staff has worked hard to provide good, strong constituency services,” Hartmann said. “I would like to build on that.”

Hartmann said one of the issues she hopes to address is economic vitality in the county. She said she hopes to increase cooperation between the private and public sectors, following the models laid out by Ventura County, San Luis Obispo County and Sonoma County.

“The question is, ‘What do we want in Santa Barbara County?’” Hartmann said. “I would like the county to help bring the various entities together and hear that out in a more deliberate way.”

As for the county’s involvement in I.V. and the University, Hartmann said she wants to take on a similar role as Farr in regularly meeting with residents and university officials.

“I think Doreen and her staff have worked very hard to participate in the various working groups and committees in Isla Vista, and I would certainly continue that,” Hartmann said. “I know she also meets regularly with UCSB representatives and tries to find ways that they can work together on issues. I would want to continue that and build on it.”

Should I.V. residents approve a CSD in November, Hartmann said she would be supportive but yielding to the needs of I.V. residents.

“If there is a CSD, I think that is something I would support,” Hartmann said. “As a supervisor, I think it’s really something that is controlled largely by the community. I think that’s the whole point.” 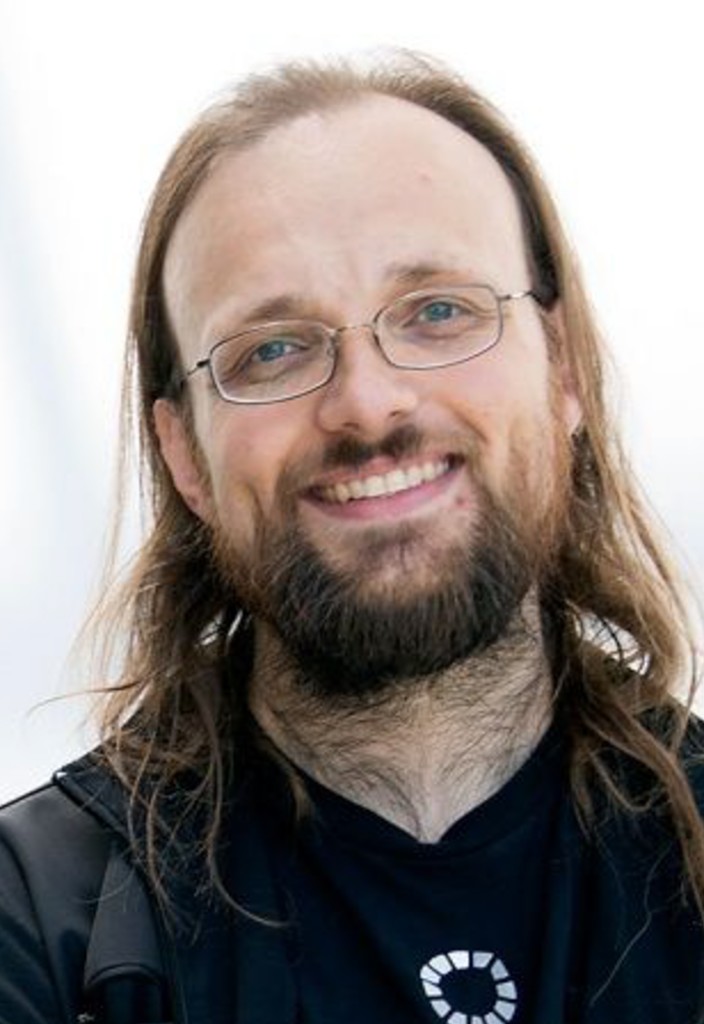 Photo Courtesy of Cult of Mac

Sixteen-year I.V. resident Jay Freeman declared candidacy late January in order to fill a role where he said he seems to be needed.

Freeman grew up in Chicago and came to UCSB in 1999 to study computer science. He is the founder of the multimillion-dollar software company Cydia, an app that allows users to customize jailbroken Apple devices. Freeman currently serves as vice president of the Isla Vista Downtown Business Association and is an active member of the Isla Vista Self-Governance Initiative.

As for Freeman’s involvement in the supervisor race, Freeman said he has “kind of fallen into this” — he believes the county’s board of supervisors is a place that has shown a need for him.

“I’m not a career politician in the sense that I want to rise through the ranks,” Freeman said. “I want essentially to be the man in the field who’s actually trying to figure out how to make practical solutions to real world problems, as opposed to sitting back and doing legislation.”

According to Freeman, the county needs to be more proactive in serving its residents.
“The county just allows problems to occur, then waits for people to complain about them and then tries to quell the uprising,” Freeman said.

Freeman said one of the issues he hopes to address as supervisor is the lack of interaction between I.V. residents and county officials. According to Freeman, it is inadequate that state assemblymember Das Williams has had to host meetings to foster communication between I.V. and the county.

“It’s slightly awkward that we’ve had to have our state assemblymember run meetings that are almost mediating between the people of Isla Vista and the county,” Freeman said. “That’s the kind of meeting that I would have expected that the county would have been setting up.”

Freeman said he wants to be a county supervisor that is actively involved in local meetings in the county’s unincorporated areas.

“I actually want to try to sit down in various local meetings and try to come up with compromises between bringing people together,” Freeman said.

According to Freeman, I.V. cannot attain the full benefits of a CSD unless the county “steps up” and institutes a Municipal Advisory Council or an Area Planning Commission.

Give me a break! Porter is virtually over qualified for this. Hartman is a political hack who has had the luxury of voting against the North County and other initiatives that have come before her on the Planning Commission. However, after declaring her candidacy for Third District Supervisor, she has just now started voting towards North County. This is a clear sign of political hackism.

Joan Hartman has some interesting supporters. After declaring her opposition to the Chumash Tribe’s annexation of a huge amount of land, one notices that the Chumash Chief Legal Counsel is a supporter. The same is true of extreme left wingers like Richard Flacks (founder of the bomb throwing SDS and a member of a youth Communist organization in the Viet Nam war era.). Another supporter is John Buttney of Bank of America burning in Santa Barbara. Have these lefties changed their spots, or are they simply looking to Hartman as a vehicle for extreme left wing initiatives.

Wow. The Pro Porter trolls are out with a vengeance today. Professor Flacks was a great teacher and an esteemed member of the faculty. Recently, he’s worked hard to make sure the University’s long range development plan fit with our community – leading an organization called the SUN Coalition – Sustainable University Now. If he supports Hartmann, she deserves our consideration.

Porter’s comment on IV city hood demonstrates how little he knows about this town. Presumably his “economic properity corridor” is some sort of sop for UCSB graduates who want to code in Buellton. His resume?–An Army Corps Colonel–Good grief. Corps “Green Suiters” are assigned to Districts they know nothing about who then stand up at public meetings and mouth whatever their PAO tells them. Porter’s bio says nothing about whether he even had command of a District. If all he did was Milcon Porter’s career interaction with civilians (you and I) is zero. Cleaning up polluted military bases has absolutely… Read more »

So — if I read him right, Porter plans on expanding jobs in the Santa Inez Valley by taking them away from Goleta. Tell me again why anyone in Goleta should vote for him?