The Daily Nexus
On the Menu
The Secret Origins of Your Favorite Sodas
February 2, 2016 at 5:25 am by Kelli Filbin 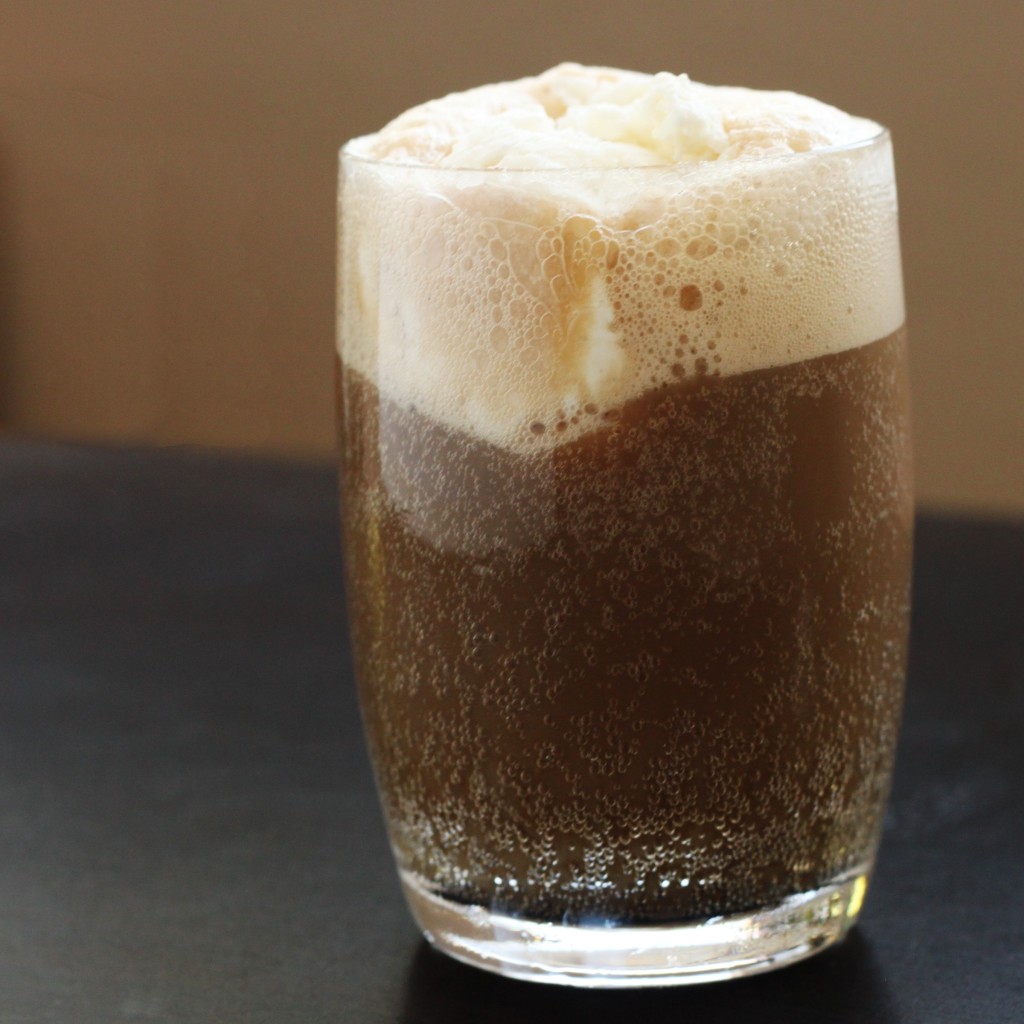 Handed back a fistful of coins and an empty paper cup, I approach the glowing red box of endless streams of soda pop. Lacking enough fingers to count the wide range of options, I eventually settle on a classic Coca-Cola. At the poke of a button, a river of bubbly gold soda flows ceaselessly to the brim. As I click on the lid and peel back the straw wrapper, the ice-cold beverage drizzles raindrops down the side. After swiveling the straw to my lips, the bubbles rise and twirl through the barrel and reach my mouth. My taste buds spark like firecrackers and I drift off into the world’s passion for legendary soda pop.

Attributed to much of our enjoyment for centuries, Joseph Priestley first introduced the world to this “fizz-tastic” soda pop in 1767. But astonishingly, these little cans of bursting delight may have more of a story to their history of maturing than you think. Let’s flick back the soda tab, dive headfirst into the can and unleash the buried secrets!

Now I don’t know about you all, but I, for one, have spent years puzzled over the idea that root beer is called “beer” when it is not an alcoholic beverage whatsoever. As a matter of fact, years flew during which I was mistaken because root beer originally stemmed from the production of tea and “small beer” made up of herbs, bark and berries. In medieval Europe, the issue of water pollution was critical enough that tea and beer were healthier options, so small beers were brewed to be the next “miracle drug” to cure all sicknesses in the 19th century. Beginning as a sticky syrup potion, the beverage was eventually transformed by Charles Hires into a desirably delicious drink, lacking the spark of an alcoholic percentage. From the original name of “root tea,” “root beer” was famously designed as a healthier alternative to alcoholic beverages during the Temperance Movement. However, in 1960, the U.S. FDA banned the star ingredient, sassafras root, in the makings of “root” beer because of its dangerous effects on the liver. Therefore, the so-called root beer has lost its attachment to sassafras root and alcoholic bitterness, both of which provided the luxurious label to this celebrated soda.

Skyrocketing as a solution to illness and then coasting as a popularized product of the Temperance Movement, it is no wonder that piecing together the title and traces of root beer was like building a jumbled 1,000-piece puzzle. But still pertinent to today, root beer continues to take our taste buds on a wild drive through root bear floats, salt water taffy and popsicles. 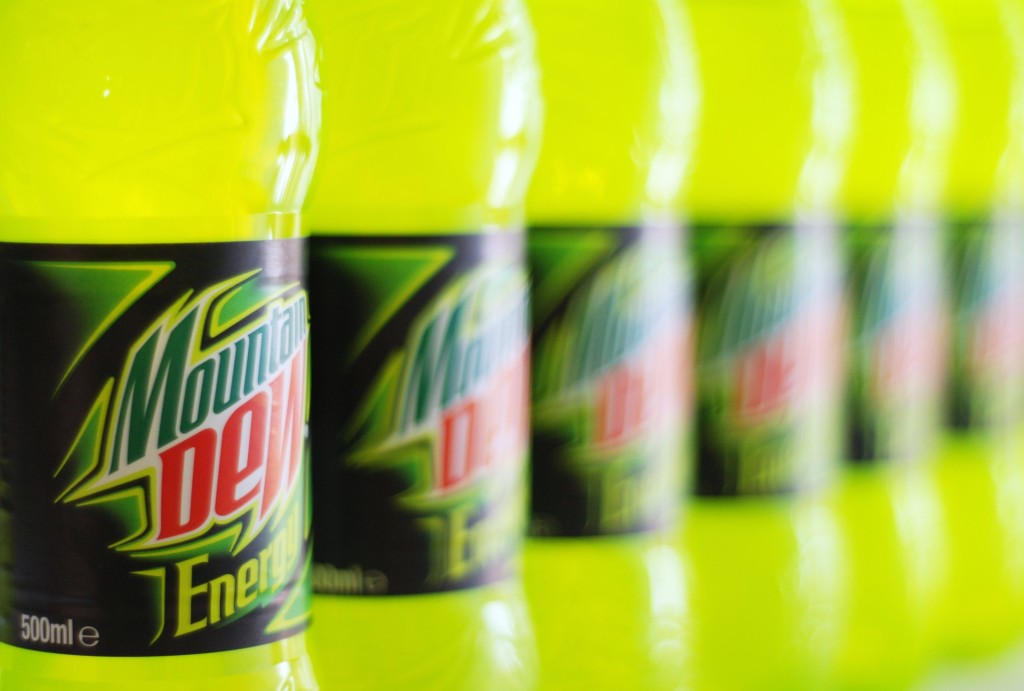 The beloved emerald green beverage Mountain Dew, already has an intriguing name in itself. But how did it receive such a title?

About 4,000 years ago, whiskey was created as a purifier for perfumes and other aromatics. Since soda bottling and distribution was not a common field in the 1930s, the Hartman brothers manufactured their own whiskey chaser, Mountain Dew. This famed beverage traces its history back as a nickname for moonshine. Moonshine, an expression for homemade whiskey, was concocted at nightfall, when the smoke would be hidden among the dark skies during the prohibition of alcohol.

With an alluring neon glimmer and a nickname for all nicknames, Mountain Dew attracts the nature-loving personalities within us all. 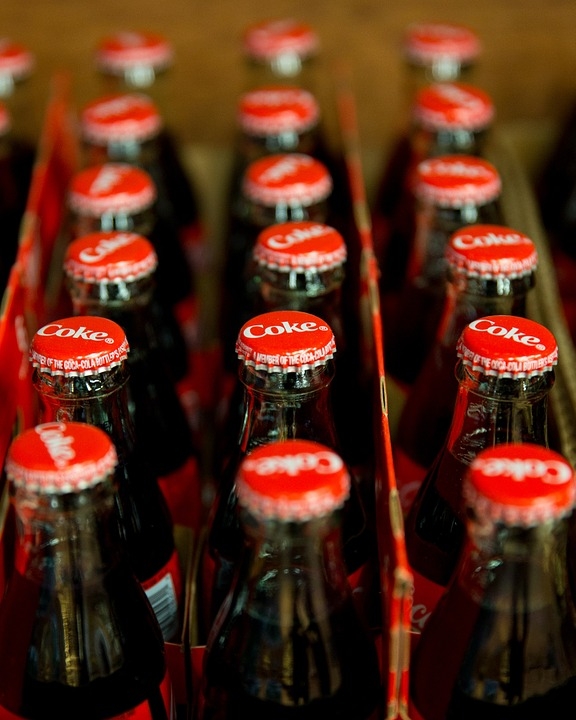 What can be better than snowboarding polar bears and glass-bottled Coca-Colas? Never have I been so thrilled to be a fan of Coca-Cola’s ribbon of bubbly fun flavor. Rumor has it, though, that this sensational beverage may have teamed up with the buzz of cocaine ingredients. Let’s slink back in time and find out for ourselves.

For thousands of years, coca leaves were chewed and swallowed as tea for the benefits of a natural stimulant and painkiller. In its natural form plucked from a twig, it is safe and non-addictive. In order to produce cocaine, these leaves must undergo hours of processing and injection of toxic chemicals. Fascinatingly, Coca-Cola soda possessed the finished product of cocaine in its original formula that only lasted until 1903. Shortly after, the Jones-Miller Act of 1922 was passed to ban cocaine imports into the United States, but the Coca-Cola Company slyly convinced the government to have it be exempt from this law in order to continue manufacturing its best-selling flavor enriched from the coca leaf elements. But in the 1980s, the New York Times leaked a story and discovered the hidden truth.

Nowadays, the polar bear mascot persists to shred the snow, while Coca-Cola caps its refreshing soda pop squeezed from the “coca” leaves and “kola” nut flavors.

To have thought soda pop was solely a social goodie for our pure bliss is a lie. Tracing back to thousands of years ago, this bursting sensation is canned with deeper purpose. Now go ahead and order a soda, but this time do it proudly and raise your bottles to the sky!