The Daily Nexus
Water Polo
Gauchos to Host Nation’s Top Teams in Winter Invitational
January 21, 2016 at 5:05 am by Sinead Leon 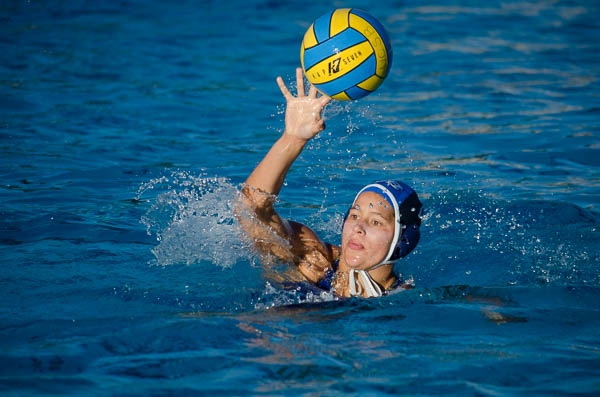 The No. 13 UCSB women’s water polo team will start off its 2016 season hosting its annual UCSB Winter Invitational. After an overall record of 14-16 in 2015, the Gauchos were ranked No.14 in the NCAA’s preseason poll for the second consecutive year, but managed to move up a spot in the standings.

Participating in the invitational are also 11 other top-25 nationally ranked schools, including national powerhouses No. 2 UCLA and No. 4 Cal.

This season, the Gauchos look to continue their improvement with the help of a new addition to their coaching staff, assistant coach Sierra Peltcher.

Coach Peltcher joined the staff last fall, after a year as assistant coach for Santa Barbara City College women’s water polo program. During her time there, she helped the Vaqueros reach the Western State Conference championship and the quarterfinals of the So Cal Regional, in which they held an 8-1 record. In her coaching career she has worked with athletes like four-time Olympian Terry Shroeder, USA goalkeeper Merrill Moses as well as US Men’s National Water Polo team captain Tony Azevedo.

After a close 10-9 overtime win over Long Beach State, the Gauchos finished in fifth-place at the Big West Conference Tournament last year. In 2016, UCSB will try to improve its 3-4 conference play record with the help of returning players like Mackenzie Brokaw, Murphy and young talent like freshman utility Sarah Kreiser.

Now a senior goalkeeper, Brokaw had an outstanding last year as she finished the season with a total of 161 saves and a season-high of 13 goals against UC Irvine. Her 5.04 goals against average ranks first all-time, as it was a new Big West single-season record.

As for Murphy, who scored 34 goals and had 24 assists in 30 games, she also received Honorable Mention-All American recognition by the ACWPC for the second time in three years. She currently ranks fifth in Gaucho history with 129 goals.

Along with its veteran players, it can be expected that UCSB will showcase its young talent throughout the season. Much attention will be provided to the performance of freshman utility Kreiser, who was named First Team All-CIF and earned her third consecutive First Team All-Sea View League award while at Trabuco Hills High School.  Kreiser led her high school team with 100 goals and 101 steals her senior year, including a season-high 10 steals in two games. She was named Female Athlete of the Year by her former school, which was based on both her athletic and academic achievements.

UCSB will host Cal to begin its season this Friday at 2:10 p.m. at Campus Pool. The Gauchos are set to face Cal Baptist and UCLA in a doubleheader on Saturday, facing the Lancers first at 12:30 p.m. then the Bruins at 6 p.m. at the Rec Cen. Santa Barbara will close out its weekend with two final matches versus No. 21 UC San Diego at 12:10 p.m. and No. 20 Wagner at 4:20 p.m.

A version of this article appeared on page 10 of January 21, 2016’s print edition of the Daily Nexus.