The Daily Nexus
Sports Blogs
Brady-Manning: The Final Chapter
January 21, 2016 at 5:09 am by Jorge Mercado 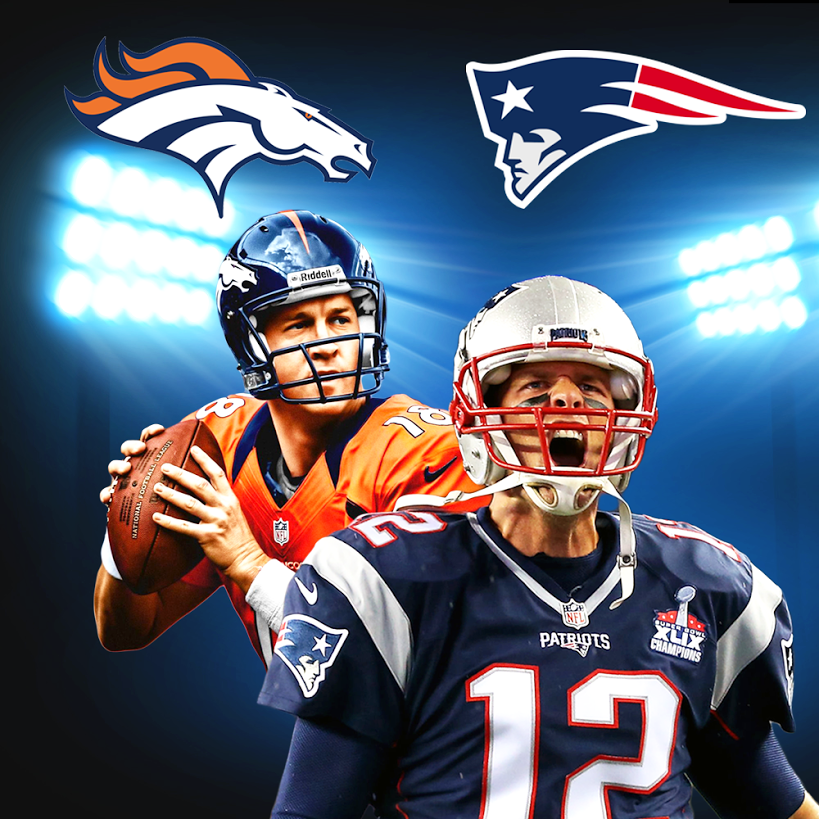 On Nov. 29, 2015, NFL fans were deprived of watching one of the greatest rivalries in all of sports— Tom Brady vs. Peyton Manning. Instead, fans were subjected to watching Brock Osweiler and Brady go head-to-head, a matchup that did not possess the same thrill as the shared history between the two future hall of famers.

With Manning’s injuries and deteriorating performance on the field, it seemed as though we would never get to see the rivalry again. However, fate had a different plan.

Thanks to the Broncos’ dominating defense and the return of Patriot players from various injuries, both teams managed to win their respective divisions, with New England winning the AFC East and Denver winning the AFC West. As a result, this Sunday we will see Manning and Brady face-off for the 17th time in the last 15 years with the stakes being much higher as the winner gets a chance at another Super Bowl ring.

What more could an NFL fan ask for?  We get to see two of the greatest quarterbacks in NFL history battle it out with the highest of all stakes. There’s so much history between them and the constant debate of who is better, the guy with more rings—Tom Brady—or the guy with the better numbers—Peyton Manning.

Yet, even with all that this game is dominated by a bigger storyline: the fact that this could possibly be the last time we ever see these two play against one another.

While Tom Brady still looks like he can play another five years, it may be the final run of an illustrious career for his counterpart. Manning is in his 18th season and is currently having the worst season of his career by far.

The Denver quarterback has thrown for the just over 2,200 passing yards and nine touchdowns, both career lows, and his 17 interceptions are the most he has thrown since 2010. His total QBR is also a new career low and his 59 percent completion percentage is the worst he has posted since his rookie year. Certainly, Manning starting in just nine games and missing seven games during the regular season due to a tear in his plantar fascia factored into his performance, but it seems father time may have Manning’s number.

Bronco fans were hopeful that Manning would have a dominant performance in his return to the field in last week’s postseason opener, however, that didn’t seem to be the case. In the team’s divisional round matchup versus the Pittsburgh Steelers, the 39-year-old quarterback completed 21-37 pass attempts, threw for 222 passing yards and had no touchdowns or interceptions. It was just the second game this season in which Manning started and did not throw an interception.

While the Broncos’ receiving core was accredited with seven drops in the game, it was evident that Manning did not pertain the same arm strength he once had that allowed him to take over games.

In fact, it seems as though Peyton has become the ultimate game manager. On their go-ahead touchdown drive in the fourth quarter, the Broncos threw the ball just three times in their thirteen-play drive. Moreover, Manning finished with only three pass plays that went for more than 15 yards on Sunday.

On the other side of the spectrum, Brady looks as though he has not aged one bit. His regular season totals of 36 touchdown passes and 4,770 passing yards are his most in a season since 2011 and 2012, respectively. What makes these statistics so remarkable is the fact that Brady’s weapons have been in-and-out of the lineup all season.

It seems as though the Patriots’ star quarterback can turn any average Joe into an All-Star wide receiver. Still, in New England’s divisional round match-up against the Chiefs, Brady got all his weapons back and showed what he can do with a great supporting cast throwing for 302 yards, two touchdowns and also added a rushing touchdown.

Brady vs. Manning XVII has somehow turned into a David vs. Goliath matchup, with most experts picking the Patriots to win since Denver seems to lack the offensive firepower to keep up with a fully healthy New England team.

Although that may be true, the fact remains that Denver has the advantage as it host the Patriots at Mile High Stadium, a place where it is never easy to win. Also, every time the two quarterbacks have met in the AFC championship—four times to be exact—the road quarterback has never won.

Brady has a better long time history versus Manning as he has won 11 of the previous 16 meetings. However, the last two times they have met in the postseason—coincidentally enough the AFC Championship game, Manning has won.

It’s entirely possible that one of the two will have the ball in his hands at the end with a chance to win. Although Manning has looked like a shell of himself for most of the season, I don’t think anyone would be shocked if a game against his fiercest competitor brings out the best in him.

Sunday could truly mark the end to a great rivalry, one that has transcended sports and will be remembered for years to come. It has become known and compared to great rivalries of the past such as Ali/Frazier, Celtics/Lakers etc. No matter the outcome, there is no way the 17th match of Brady and Manning will disappoint. Be sure to tune into Sunday’s NFC Championship game with kickoff set for 12:05 p.m.

A version of this article appeared on page 10 of January 21, 2016’s print edition of the Daily Nexus.